The city council has placed a 90 day limit on the unlicensed leasing of homesLicences can only be given if he lodging has its own, independent entranceIt is estimated the new rule could render about 10,000 current rentals illegal

By Jennifer Newton for MailOnline and Afp

Madrid has placed a limit of 90 days per year on the unlicensed leasing of homes to tourists, potentially rendering thousands of holiday rentals, including some on Airbnb, illegal.

The Spanish capital, heavily reliant on tourists, moved to clamp down on the growing number of houses and apartments rented out to holidaymakers instead of residents facing an ever-shrinking accommodation pool.

Owners looking to rent out their property to travellers for more than three months a year will require a licence, which can be granted only if the lodging has its own independent entrance, like a hotel room.

Most landlords will fall foul of the condition in districts where the housing problem has become acute and the new rule could render about 10,000 current rentals illegal.

Mayor Manuela Carmena, a former judge, said the policy was designed to stop the flow of residents from the city centre.

There rent has been soaring for several years – 14.9 per cent last year alone, according to the Fotocasa real estate portal.

The director general of Airbnb Marketing Services, Arnaldo Munoz, said he feared the new rule could cost the city economy hundreds of millions of euros.

The rental platform insisted the solution was to put to use ‘153,100 empty residences representing 10 per cent of total Madrid dwellings,’ citing a 2013 figure from Spain’s National Statistical Institute. 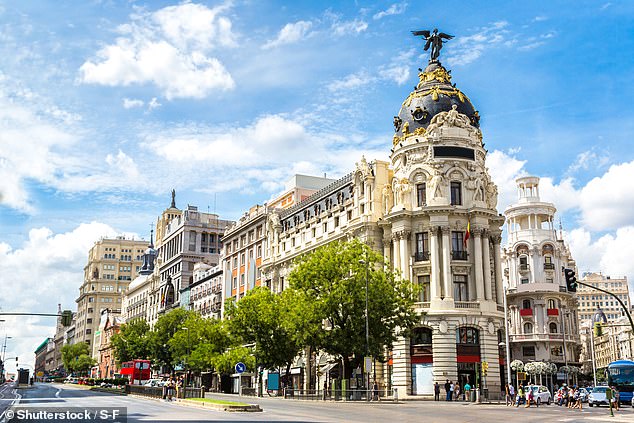 Most landlords will fall foul of the condition in districts of Madrid where the housing problem has become acute and the new rule could render about 10,000 current rentals illegal

Major cities including Paris have also moved to stem the proliferation in home-sharing rentals with tighter controls as rents spiral and supply slides.

Paris is Airbnb’s single biggest market with 60,000 apartments on offer but the service has, along with its competitors, faced accusations of pushing up rents and diluting communities.

The city requires homeowners to register with authorities and limits rentals to 120 nights a year.