You may have had your fill of the sights of Paris but still feel drawn to the French capital. One way to discover something new is to visit easily accessible places in the countryside just outside the city that most people don’t know about.

I have lived in Paris since 1991 and still delight in these rewarding discoveries. And by using efficient commuter trains, which are normally uncrowded at weekends, you arrive less than an hour later at some quiet, unassuming place so remote from Paris as to feel like another world.

I have been charmed by the backstreets of a tiny medieval town, by the French families spending hours over lunch in a country restaurant, and by the discovery of quiet riverside footpaths.

Annabel Simms has lived in Paris since 1991 and loves it. But she still needs to escape now and again

You’ll also find that restaurant prices are generally lower than in Paris, and the quality and quantity of the food is usually superior too.

Here are five of my favourite spots within 60 minutes of Paris.

Join in the dancing after Sunday lunch at the pastel-pink La Guinguette Auvergnate on the Seine at Villeneuve Triage. There’s a convivial family atmosphere here, with traditional cooking from the Auvergne region, accordion music, and a garden overlooking the river.

Route: RER D trains to Villeneuve Triage run every 15 minutes from Gare de Lyon and the journey takes 14 minutes. A single-fare ticket costs £3.15 (two single tickets are the same price as a return in France). La Guinguette is opposite the station, on the right.

Time out: After lunch, take an alternative route back to Paris – it’s a 1.8-mile riverside walk to Choisy le Roi station, returning to St Michel-Notre Dame. Turn left out of La Guinguette, follow the Seine towpath and cross the bridge at Choisy. The station is on the left.

Details: There are two set three-course menus, which cost £11.60 and £18.85. The restaurant is closed on Monday and Tuesday, and on Wednesday evenings. Advance booking is advised (guinguette-auvergnate.fr).

Discover Le Corbusier’s Villa Savoye, built in 1929, at Poissy. This Modernist weekend retreat by the Swiss-born architect was listed as a historic monument in 1964.

Route: SNCF trains to Poissy from Gare Saint-Lazare run every 30 minutes and the journey takes 18 minutes. Alternatively, take an RER A train, which run every 15 minutes, from Chatelet-Les Halles – the journey time is 33 minutes. Single fares cost £4.45.

Time out: Allow three hours for a visit, including the one-mile walk to Villa Savoye from Poissy station. There’s an optional 2.5-mile riverside walk in the other direction via the Chemin des Pecheurs to the next station at Villennes sur Seine, returning to Gare Saint-Lazare (villa-savoye.fr/en).

Details: Admission for adults costs £6.85 but is free on the first Sunday of the month between November and March. Visitors under 18 go free at any time.

NATIONAL MUSEUM OF THE RENAISSANCE 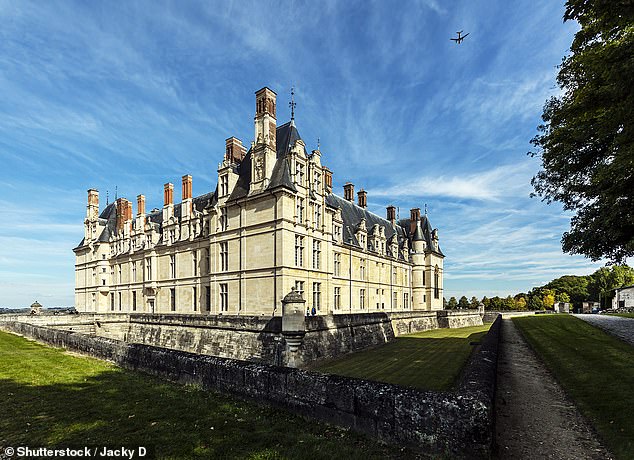 Castles in the sky: One of the most elegant examples of the French Renaissance is the 16th century Chateau d’Ecouen, home to exquisite collections of furniture and objets d’art

There’s no need to travel as far as the Loire if you’re interested in the French Renaissance – one of the most elegant examples of this period is the 16th Century Chateau d’Ecouen, home to exquisite collections of furniture and objets d’art.

Route: SNCF trains to Ecouen-Ezanville from Gare du Nord run every 15 minutes, or every 30 minutes at weekends. The journey takes 22 minutes and a single fare costs £3.80.

Time out: The museum is a five-minute bus ride from the station or a 20-minute walk through a forest, which is magical, especially in spring. Allow three hours for a visit and refreshments.

Details: Admission costs £4.25, or free on the first Sunday of the month or if you’re under 26. 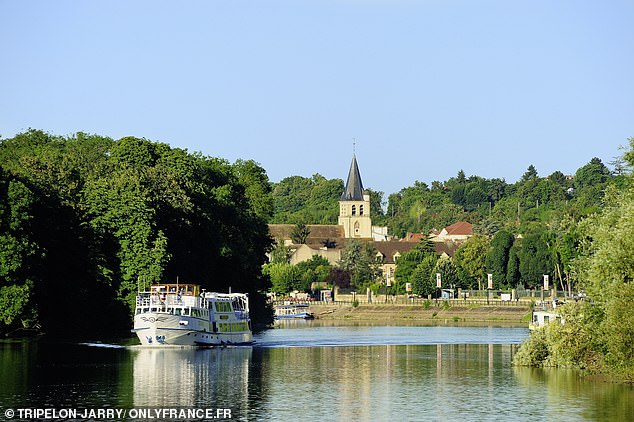 The great escape: The Seine at Conflans-Sainte-Honorine, less than an hour from Paris by train

Linger over Sunday lunch at this island restaurant on the Seine at Andresy, which is reached by speedboat that you summon by pressing an electric bell at the jetty. On warm days, guests can sit on the pretty garden terrace overlooking the Seine, and in winter enjoy a log fire inside. There’s an extensive wine list and you can tuck into unpretentious but exceptional French cooking, with dishes such as seafood gratin followed by rack of lamb.

Route: Trains to Andresy depart from Gare Saint-Lazare every half-hour. The journey takes 39 minutes and a single fare is £5.25.

Time out: It’s a ten-minute downhill walk from the station to the jetty. Allow another hour for an optional 2.5-mile riverside walk to the next station at Conflans-Sainte-Honorine, or longer if you visit the Musee National de la Batellerie (Riverboat Museum – musee-batellerie-conflans.fr/fr/visitors-guide). Turn right from the restaurant and follow the river.

Details: A set three-course menu costs £27.40 and wine costs from £16.25 a bottle. The restaurant is closed on Mondays, and on Tuesday and Sunday evenings. Booking is recommended (la-goelette.oxatis.com). 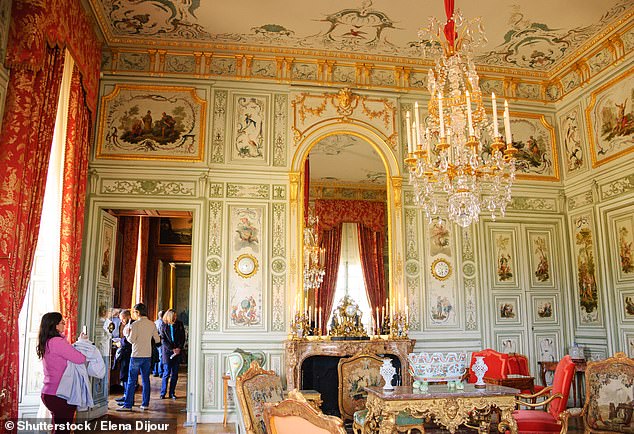 After a six-year restoration project, the 18th Century Chateau de Champs is sparkling. Set in a classical park near the river Marne, it was once home to Madame de Pompadour – the mistress of Louis XV – and has been the setting for many films.

In the late 19th Century, the property was bought by a wealthy Jewish banker, Louis Cahen d’Anvers. His two daughters were painted by Renoir for his 1881 work Alice Et Elisabeth Cahen d’Anvers – better known as Pink And Blue. Elisabeth, who was six when the portrait was completed, was sent to Auschwitz in 1944 and died on the journey.

Route: RER A trains leave every six to ten minutes from Chatelet-Les Halles to Noisiel. The journey takes 25 minutes and a single fare costs £4.45.

Time out: Allow two hours for a visit, or more if you walk to the chateau from the station via the Allee des Bois and the Route de Paris.

Details: Admission is £6.85 but free on the first Sunday of the month from November to March or if you’re aged under 26 (chateau-champs-sur-marne.fr/en).

A WORD OF WARNING

Restaurant opening hours outside Paris can be charmingly unpredictable depending on the mood of the patron, as establishments are often family-run. Restaurants may also be closed during school holidays, so always check first.