The world’s most beautiful and cutting-edge superyachts have been honoured at a prestigious awards ceremony.

Boat International Media’s World Superyacht Awards 2019, in association with Oyster Yachts, took place this weekend in London with the 90m (295ft) Dar – a £137.2 million vessel inspired by the shape of a hammerhead shark – scooping the highly coveted Motor Yacht of the Year award.

Other vessels that were recognised at the glittering event ranged from swanky pleasure cruisers to magnificent explorer yachts fit for the harshest of waters.

Commenting on the winners across 16 categories, Tony Euden, at Boat International Media, said: ‘We’re very privileged and proud to bring the superyacht community together, year on year, to officially honour and celebrate the world’s most exceptional yachts, the teams behind their creation and their owners.

‘All those involved in this year’s entries deserve to be highlighted for their outstanding work and the winners should be immensely proud of their successes.’

Dar took home the Motor Yacht of the Year award. The judges praised the 90m (295ft), £137.2m yacht’s ‘sculptural lines and organic, shark-like exterior’. Indeed, the shape was inspired by a hammerhead shark. Amenities include a sauna and a helipad and the judges loved the bridge deck waterfall that cascades down into a large swimming pool. Dar also scored a victory in the Displacement Motor Yachts 2,000GT and Above category, with judges praising the dark windows that guarantee privacy 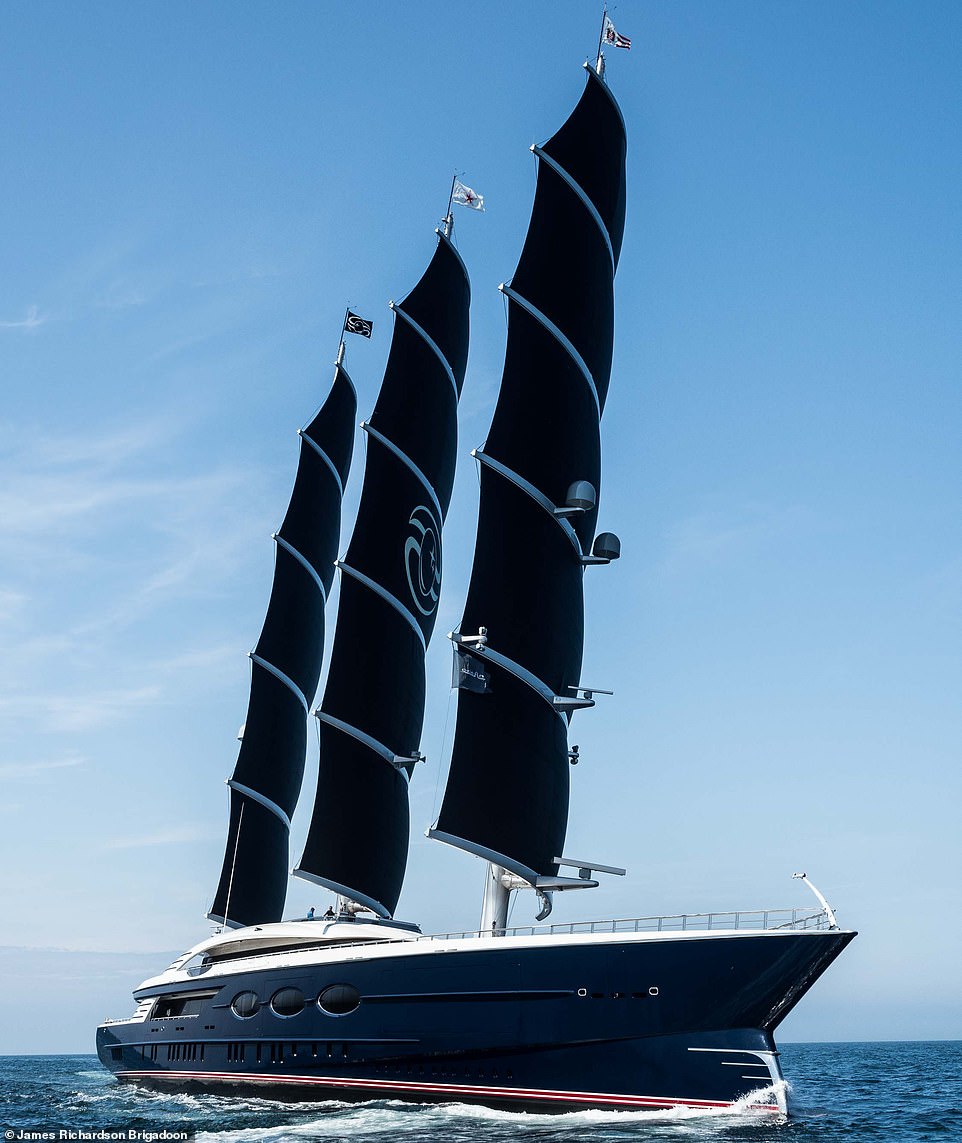 Black Pearl was revealed as the Sailing Yacht of the Year. The 106.7m (350ft) vessel was praised by the judges for her efficiency, as she is able to cross entire oceans without using a drop of fuel – a feat previously unheard of in yachts this size. Black Pearl also won the Sailing Yachts 60m and Above title, with judges saying it ‘sets a new industry benchmark’ 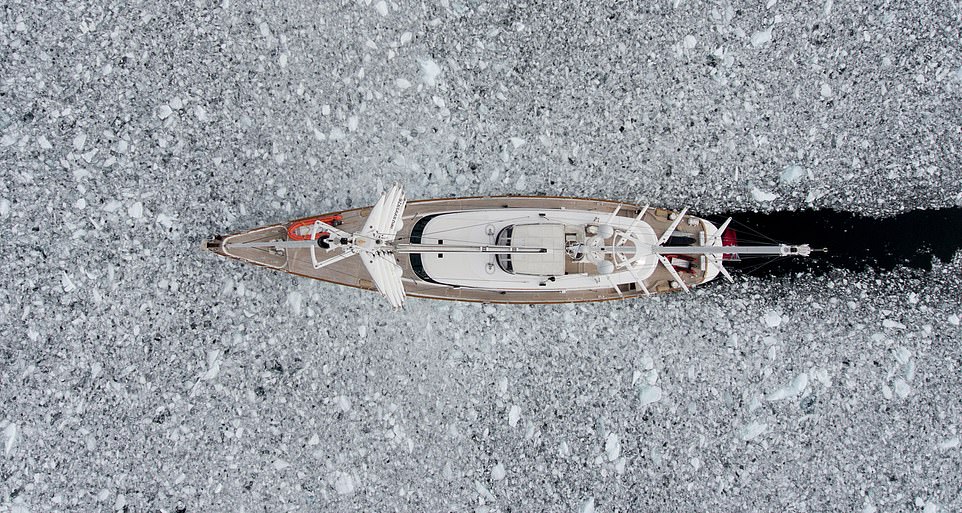 Rosehearty, which measures 56m (183ft), won the Voyager’s Award after it completed an epic journey to Antarctica. The vessel journeyed to a mix of remote spots down south including Deception Island, Trinity Island, the Melchior Islands, Port Lockroy and the U.S. Antarctic research station located on Anvers Island 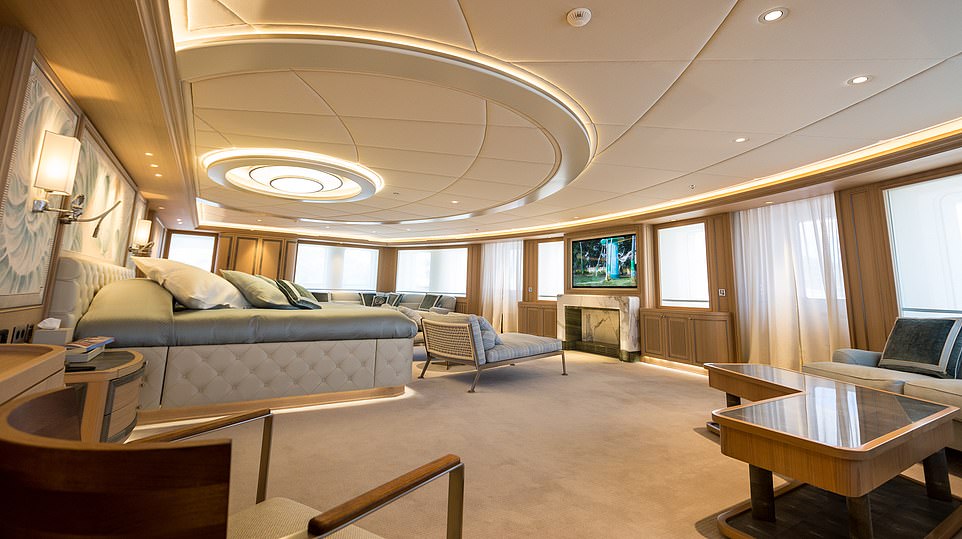 Dream won the Converted Yachts award after it was transformed from a cruise ship to a personal luxury 106.5m (349ft) yacht complete with a cinema and teppanyaki bar. The exterior profile of the vessel has undergone significant change, with the inclusion of a huge sundeck pool and helipad-cum-basketball court 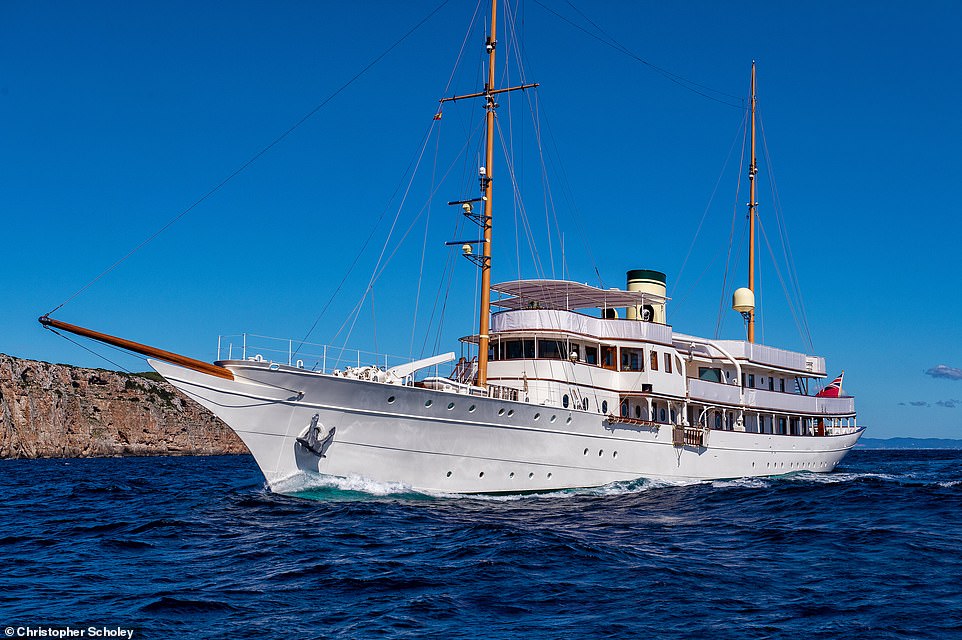 The Rebuilt Yachts award went to Haida 1929. Throughout a 17-month refit, 110-tonnes of steel and 90 per cent of the pipework were replaced. The interiors were also reworked and her original engines were rebuilt to their original specification rather than replaced. The judges admired that the refurbishment was ‘one of respect for the integrity of this historic yacht’ 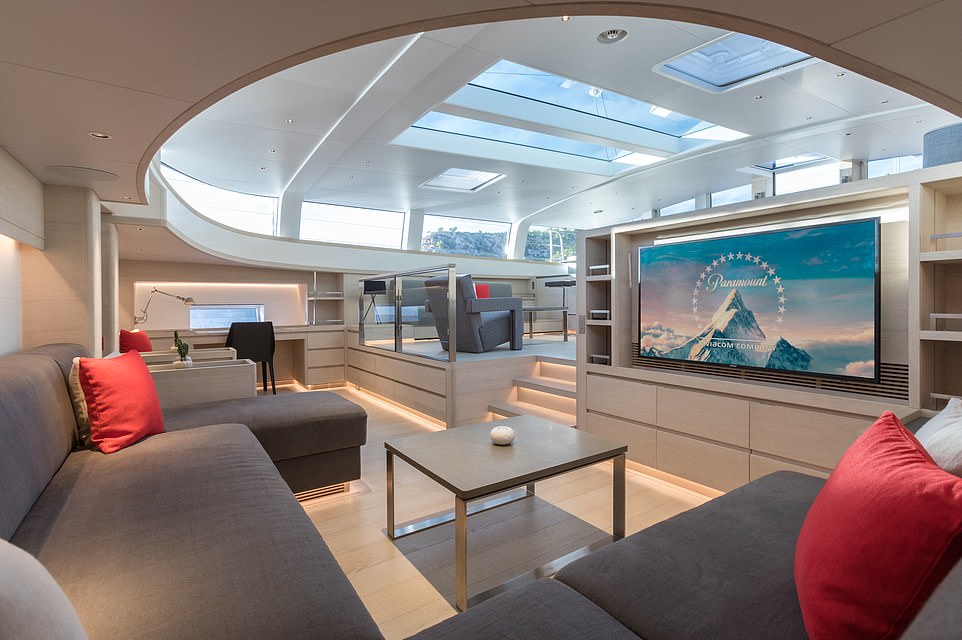 G2 claimed the Refitted Yachts gong. The owners of 39m (127ft) G2 had a clear vision for this superyacht. During an 11-month refit the aft deckhouse was removed entirely to create an open deck space and the main cockpit extended to permit a larger dining area. Two large new skylights were fitted and dark wood was replaced with lighter shades 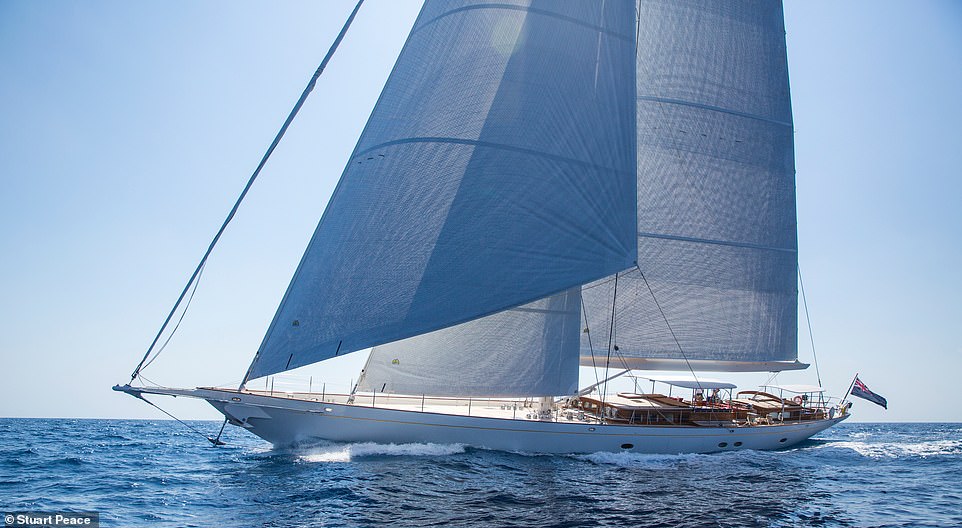 Vijonara won in the Sailing Yachts 30m to 59.9m category. The judges praised its build, performance and ‘welcoming’ accommodation areas. The cabins are panelled in wood and trimmed with fine leather supplied and crafted by luxury goods manufacturer Hermès 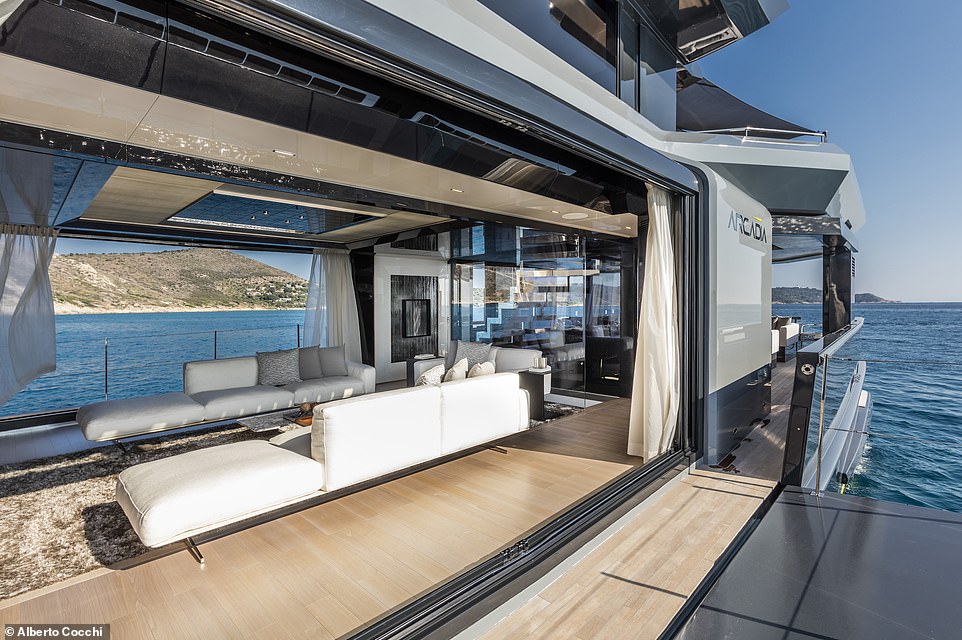 The Semi-Displacement or Planing Motor Yachts 30m to 32.9m award went to RJ. The judges applauded the ‘abundant and clever use’ of glass and fold-down balconies. They also admired the 31.6m (103ft) yacht’s use of solar panels to provide power over long distances 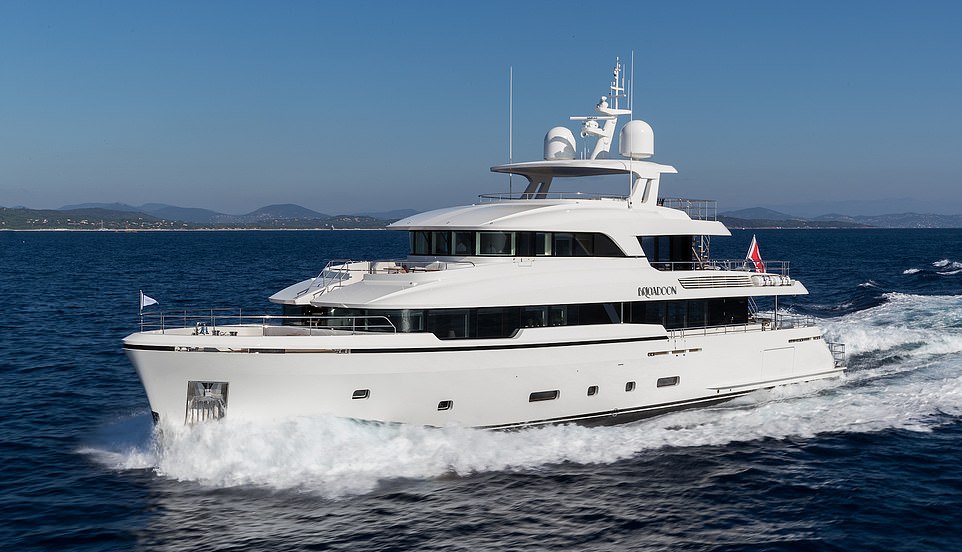 In the Semi-Displacement or Planing Motor Yachts 33m to 39.9m category Brigadoon was crowned winner. The judges praised the 36.3m (119ft) yacht’s ‘comfortable and welcoming’ interiors. The master cabin includes full-width windows to maximise views of the ocean 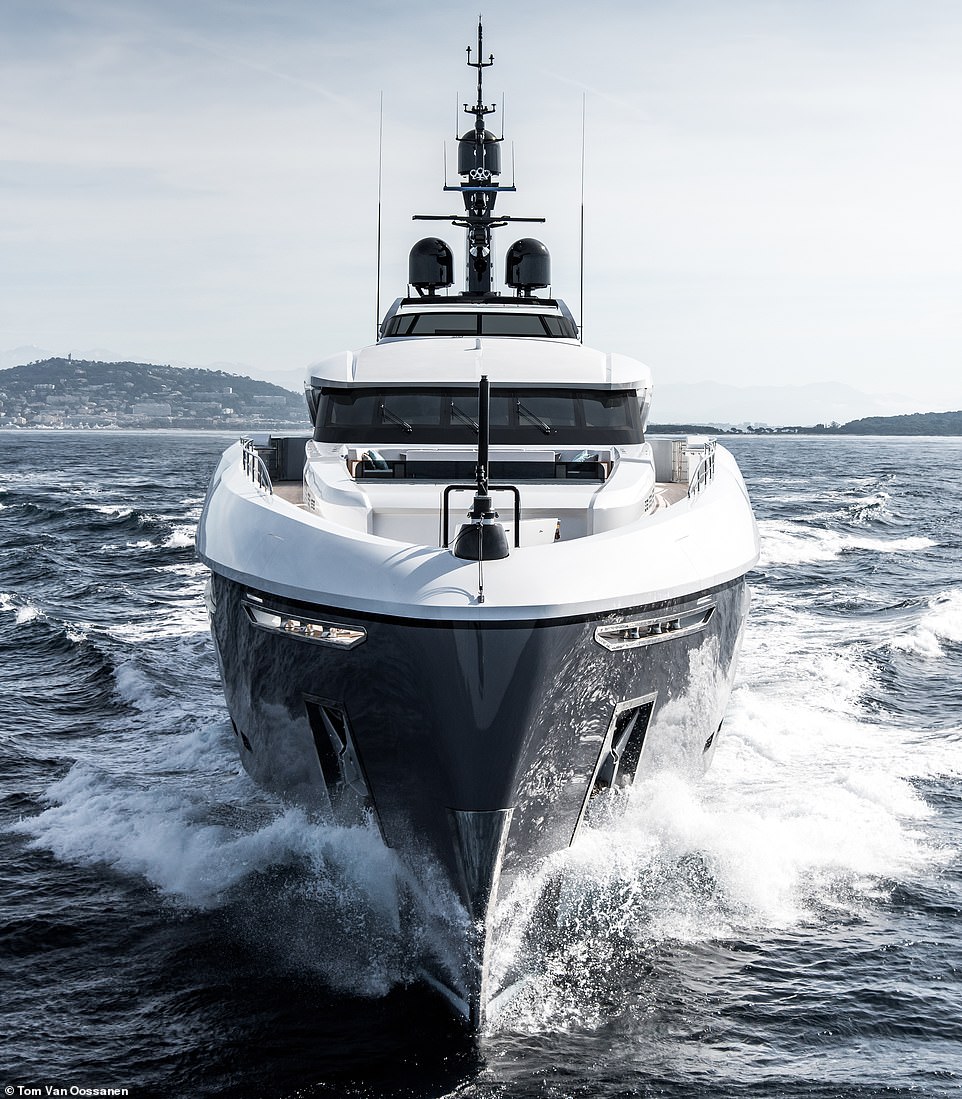 Utopia IV took home the trophy in the Semi-Displacement or Planing Motor Yachts 40m and Above category. The judges were impressed by the 63m (206ft) yacht’s ‘sleek, modern lines’, ‘understated interior design’ and the ‘well-conceived layout’. They also lauded its high build quality and impressive 33-knot top speed 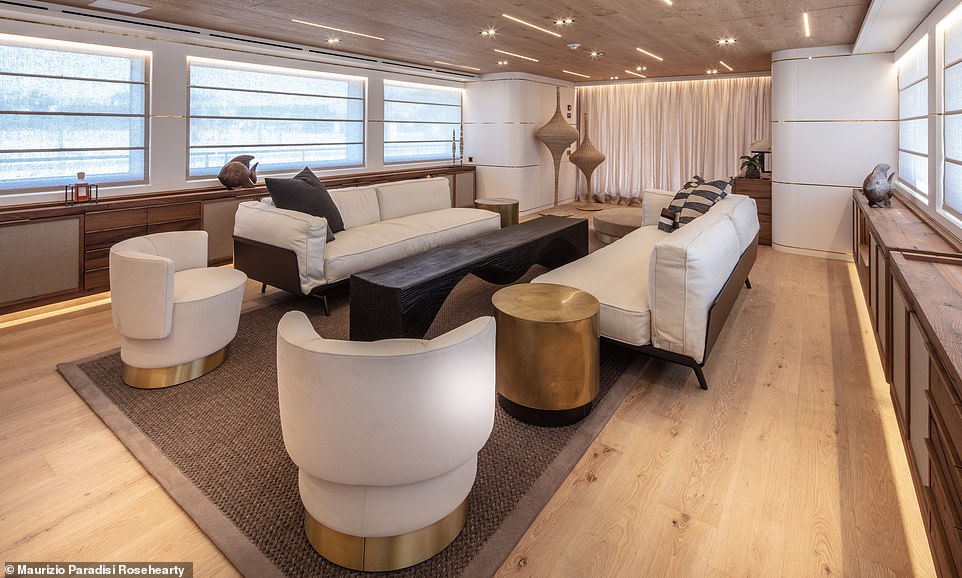 Mimi La Sardine claimed victory in the Displacement Motor Yachts Below 299GT category. Judges applauded the use of organic materials and unfinished wood to create ‘an immediate holiday atmosphere that is at the same time sophisticated and luxurious’ 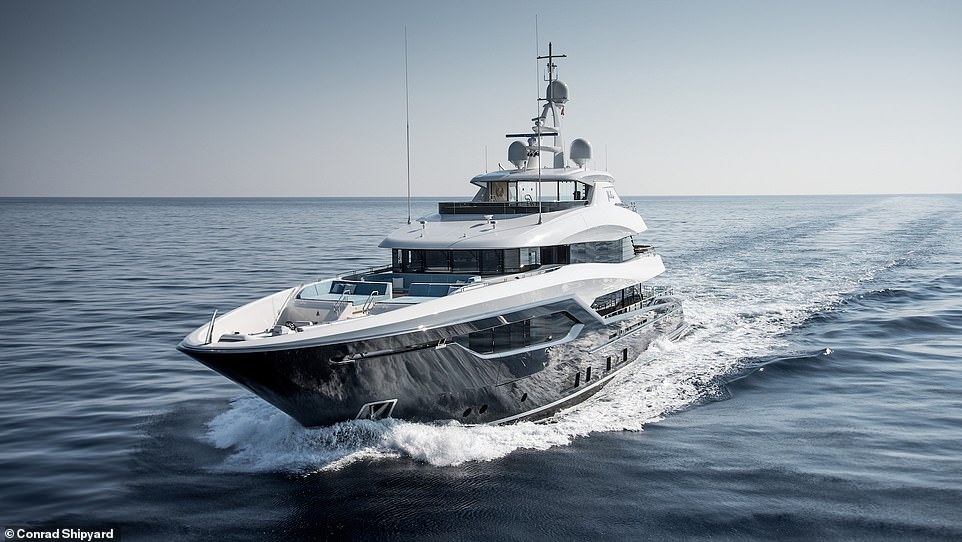 In the Displacement Motor Yachts Between 300GT and 499GT – 30m to 47.9m – category Viatoris scored first place. This yacht attracted praise from the judges for her ‘timeless and elegant’ exterior. For the interiors, the owner specifically requested that the yacht be made to ‘feel like a home, not a hotel’ 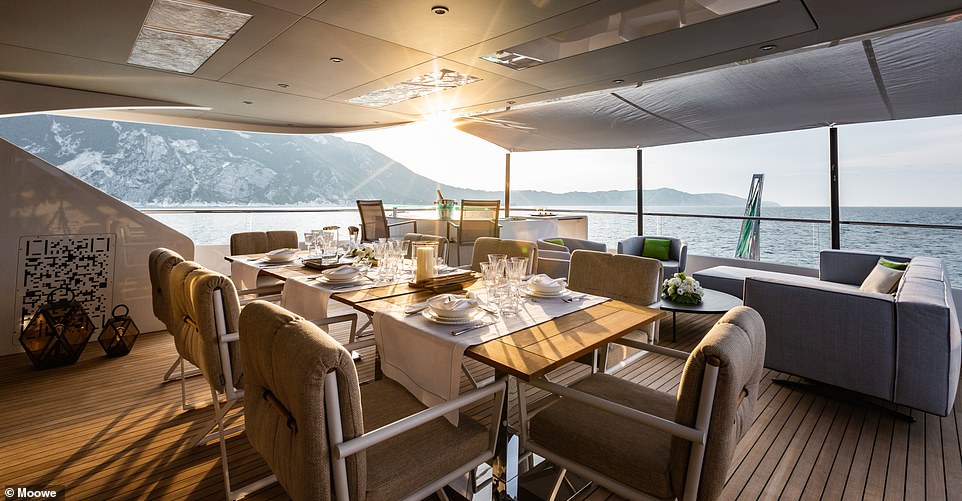 Cecilia cruised away with the Displacement Motor Yachts Between 300GT and 499GT 48m and Above award. Judges applauded the vessel’s propulsion system in which diesel generators drive electric motors. This reduces engine noise and ‘makes for a far more relaxing environment’

In the Displacement Motor Yachts between 500GT and 1,999GT category Spectre was named winner. The 69.3m (227ft) vessel was built for an experienced yacht owner and, in the judges’ view, ‘the builder met his requests in admirable fashion’. A quirky feature is a gym with access to the water via a fold-down platform, so you can nip for a dip after working out 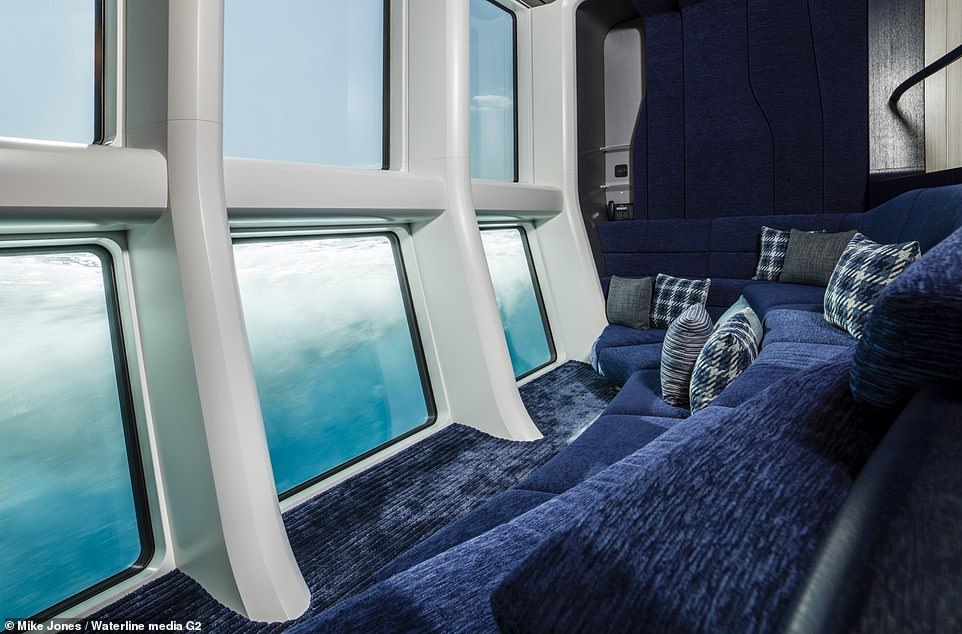 Elandess earned a Judges’ Commendation for its ‘extremely attractive exterior design’. The main standout feature is the semi-submerged Neptune lounge, with three-metre (9.8ft) high ceilings and an exterior wall of near full-height glass, one-third of which is below the waterline 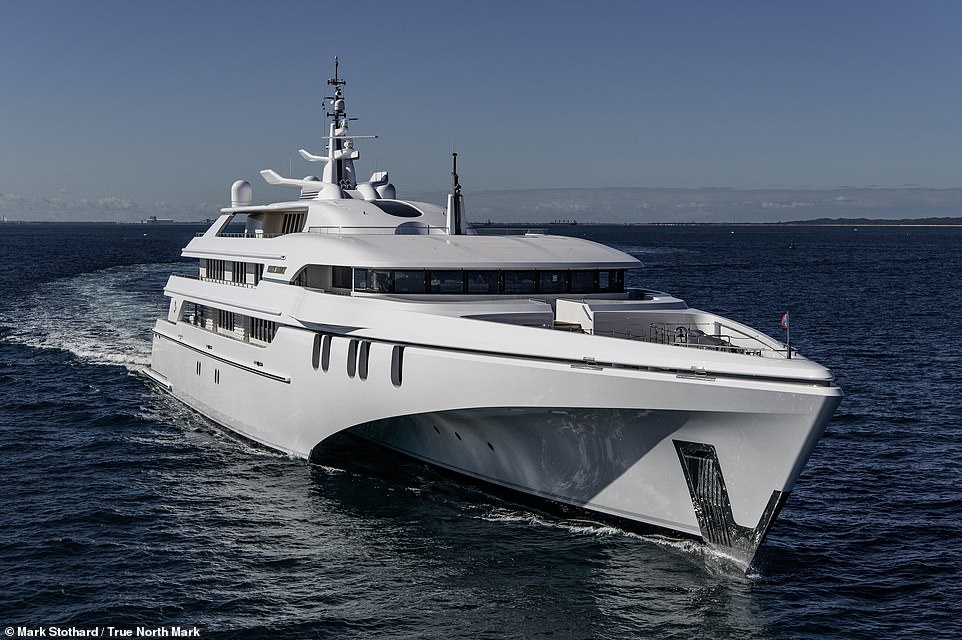 Another Judges’ Commendation went to White Rabbit. While it is unusual for this award to be dedicated to two winners, the judges felt that White Rabbit was notable on so many levels, with an ‘elegant profile’ and ‘vast interiors’. Indeed, in the huge main deck saloon more than 200 guests can be ‘entertained in elegance’