Getting on the pupa-ty ladder! Bagworm caterpillar builds its own ‘log cabin’ with sticks to sleep in during pupa stage… before emerging as a moth

These pictures show how a Bagworm caterpillar builds tiny ‘log cabins’ out of twigs and leaves to hide from predators as it transforms into a moth.

The ingenious caterpillars get a tiny foot on the property ladder by assembling the twigs into a pyramid where they can sleep in comfort during their pupa stage.

The ‘log cabins’ are perched on branches or leaves until their owners emerge and face the world as a fully-fledged Psychidae moth.

There are more than 1,200 species of the moths in the world and they are all experts at building themselves little hideaways while they sleep in their silk cocoon.

‘Log cabin’: This tiny structure made from twigs was assembled by a Bagworm caterpillar which built a miniature ‘house’ around itself to hide from hungry predators, before sleeping in a cosy sleeve during its pupa stage 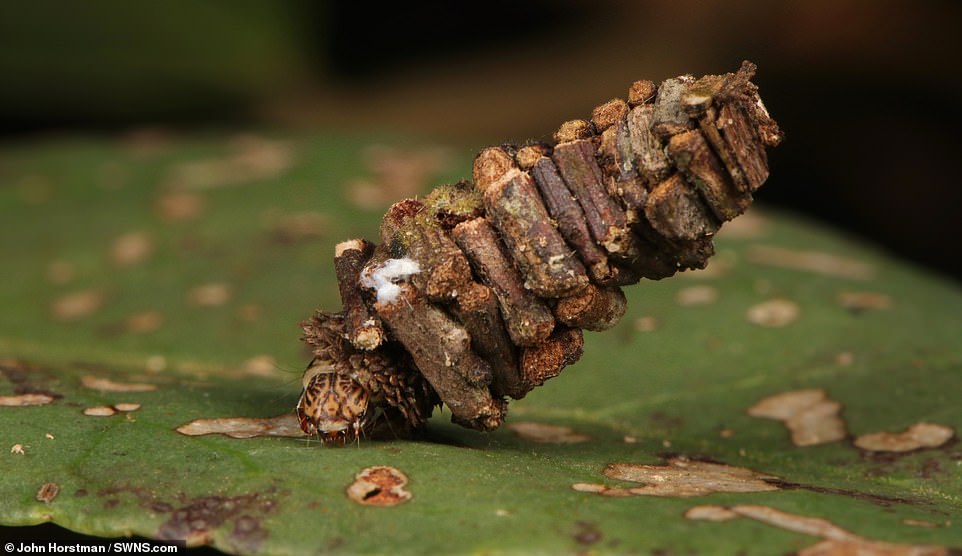 Poking its head outside: The former caterpillar will emerge from the ‘log cabin’ as a Bagworm moth after hiding in its shelter

These pictures were taken in Pu’er, southern China, by Australian expat John Horstman.

‘The symmetry and precision of the “log cabins” makes them visually exquisite and unnatural-looking,’ he said.

‘Some individuals are better architects and technicians than others, but they can be meticulous, some build straight vertically, others in a perfect Fibonacci spiral.’

He added: ‘Bagworms in general are poorly understood, apart from a handful of species that agricultural and garden pests.

‘This particular species’ life history is unknown, but presuming they follow the typical life history, they spend their multiple caterpillar stages inside the case, grazing the leaf surface when small, progressing to the full leaf thickness, adding the vegetation to their basic silken sleeve as they grow, before pupating within.’ 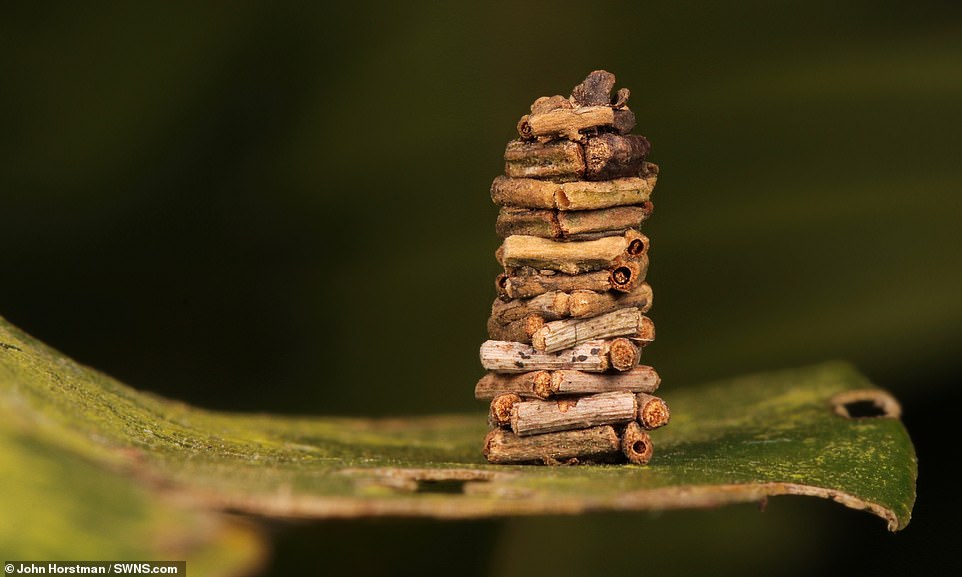 Assembled: The caterpillars put these structures together in order to fend off hungry predators during their pupa stage 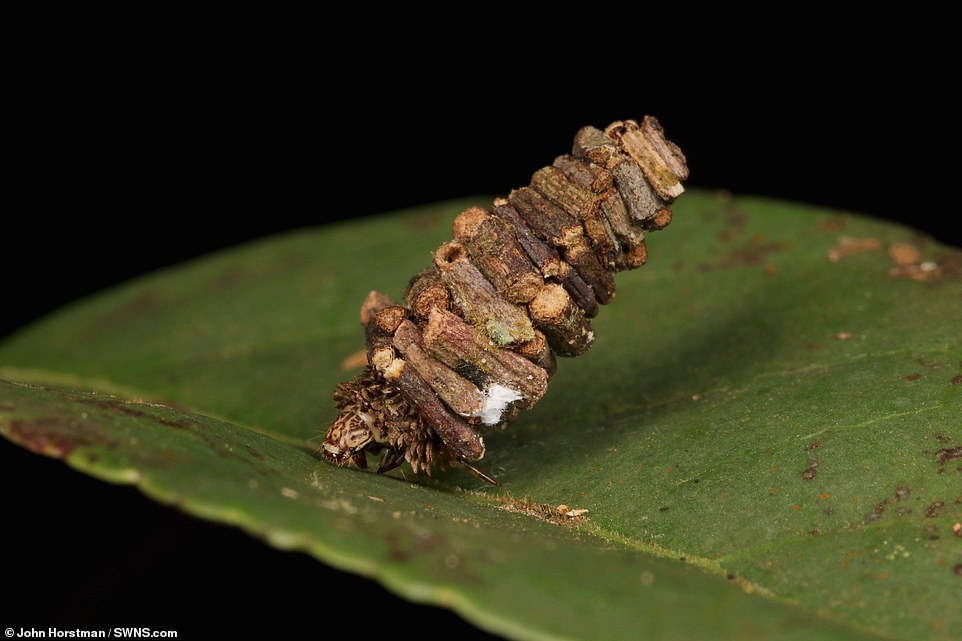 Still here: The structure remains intact even at a 45-degree angle as the caterpillar-turned-moth carries it around 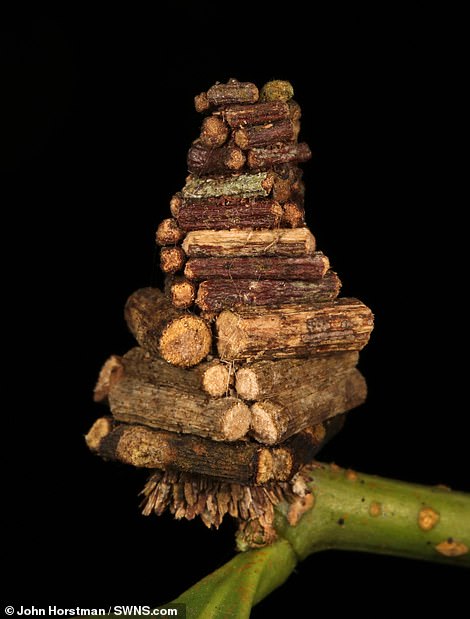 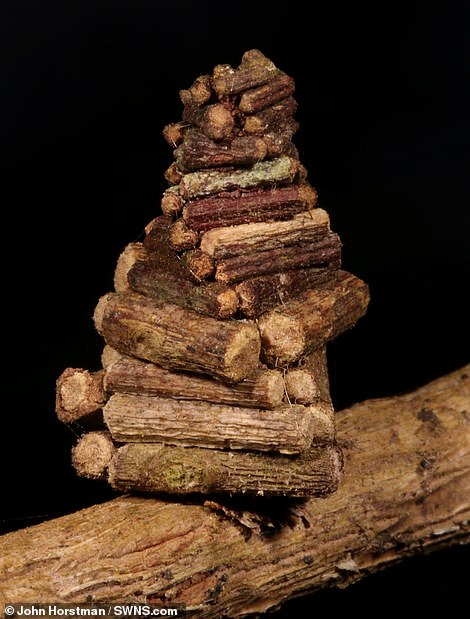 Precarious: The pyramid-like structures are often left perched on branches and leaves while the caterpillars sleep 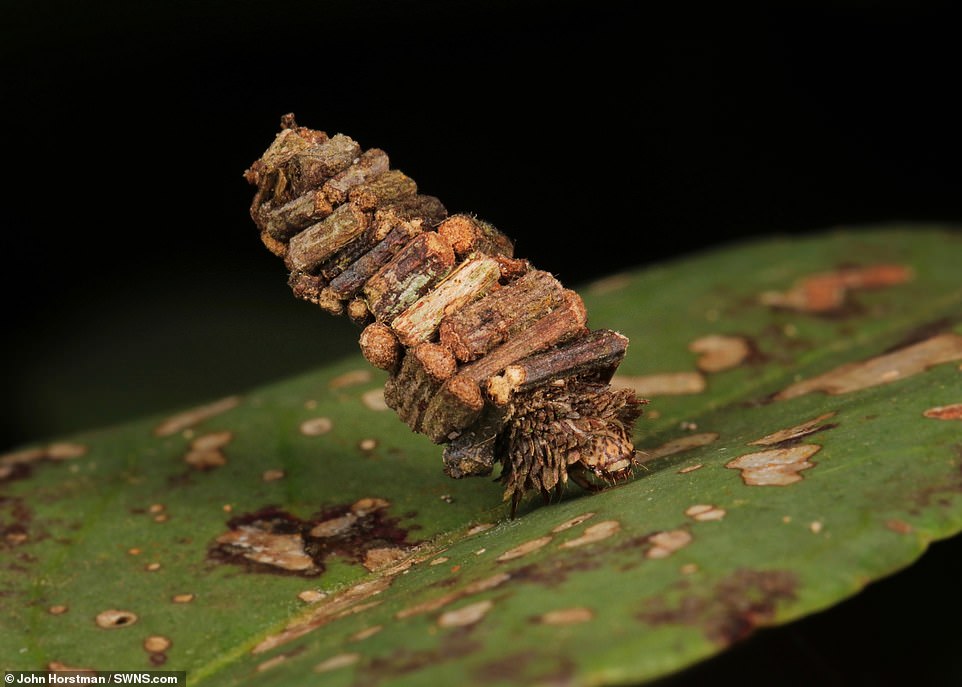 Hideaway: The little caterpillars carry these shelters around on their bodies after constructing them out of clipped twigs 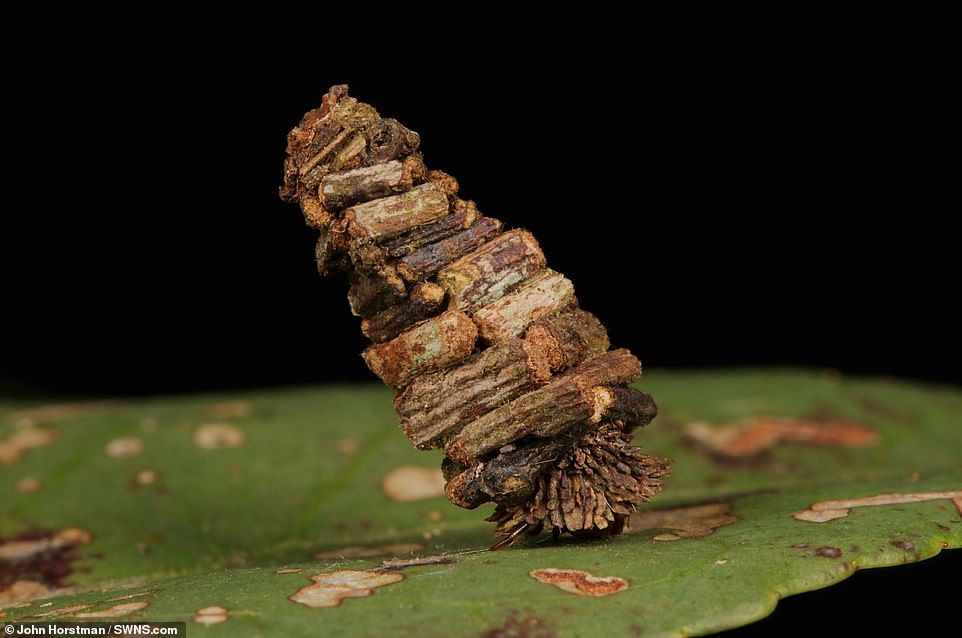 Shelter: The caterpillars get a tiny foot on the property ladder by assembling the twigs into a pyramid ahead of pupa stage 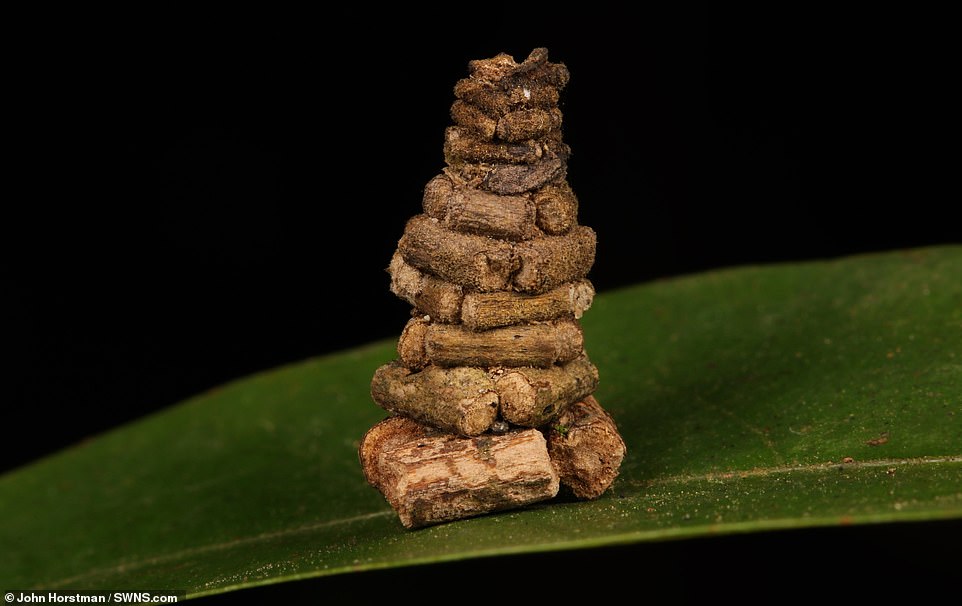 Craftsmanship: There are more than 1,200 Bagworm species in the world and they are all experts at building these structures 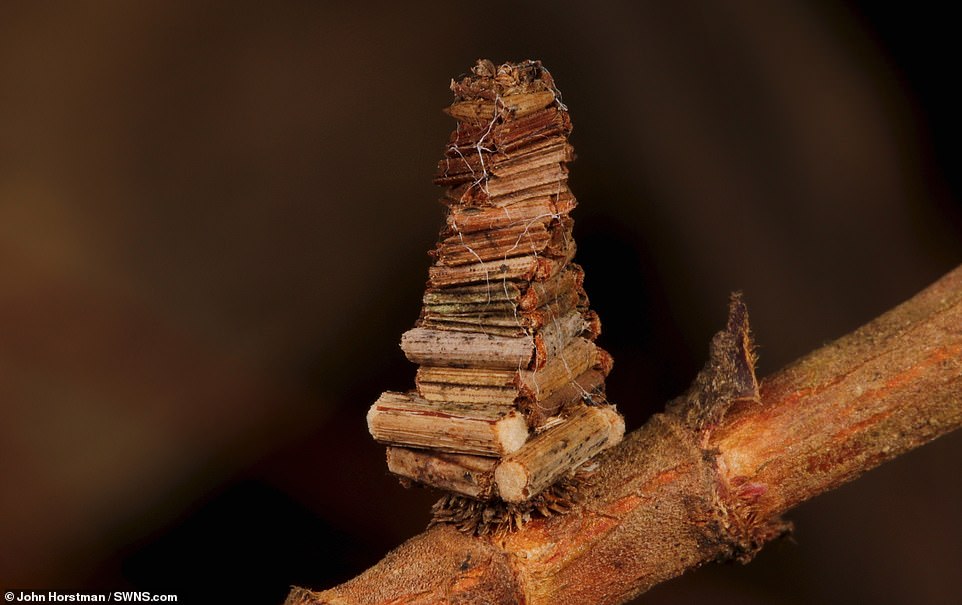 Intricate: The shelters are built by the caterpillars in their larvae stage, either in a vertical shape or sometimes more ornately 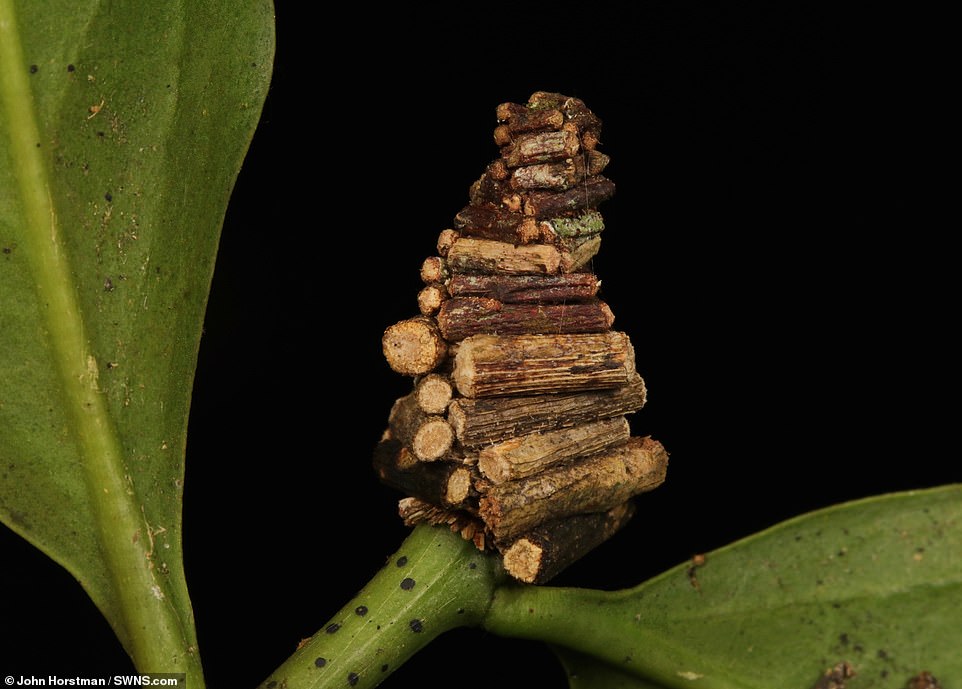