By Carly Johnson For Dailymail.com

Kim Zolciak has revealed she was ‘traumatized’ by being bullied as a young child.

The Real Housewives of Atlanta star shared her unhappy memories as she visited her childhood home in a small town in Connecticut.

The 41-year-old explained: ‘I was bullied in school by 2 specific girls (I so bad want to say their names) and I use to say to myself I’m going to be “famous” and come back and show their a**es.’ 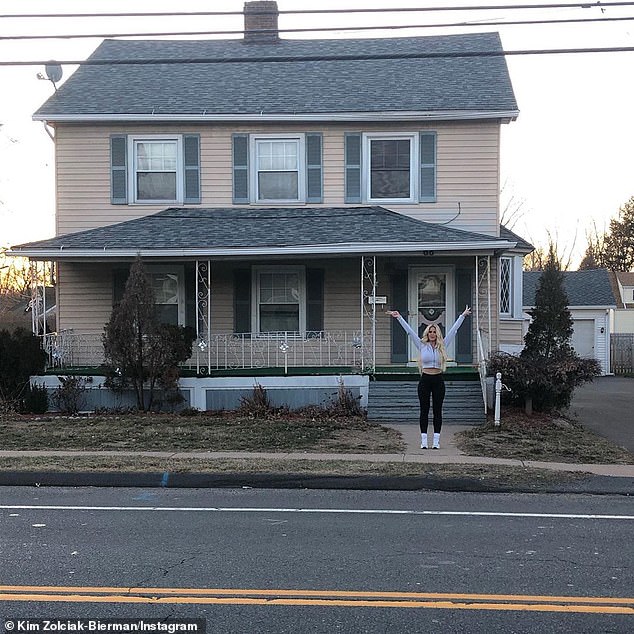 Nostalgic: RHOA star Kim Zolciak shared a photograph to Instagram on Saturday of herself posing outside her childhood home in Connecticut

And, she shared, both women had since reached out to her through social media.

‘Guess what they both have reached out on Facebook to me since those horrible traumatizing high school days just like I knew they would. I’m thankful for those b**ches because they really gave me intense motivation to get to where I am today.

Not all of Kim’s memories were bad ones. She shared a snapshot of herself posing before her childhood home in Windsor Locks.

‘This is the house I grew up in! I stopped by yesterday to see it,’ captioned an excited Zolciak, who was in Connecticut enjoying a scheduled Valentine’s Day event with husband Kroy Biermann. 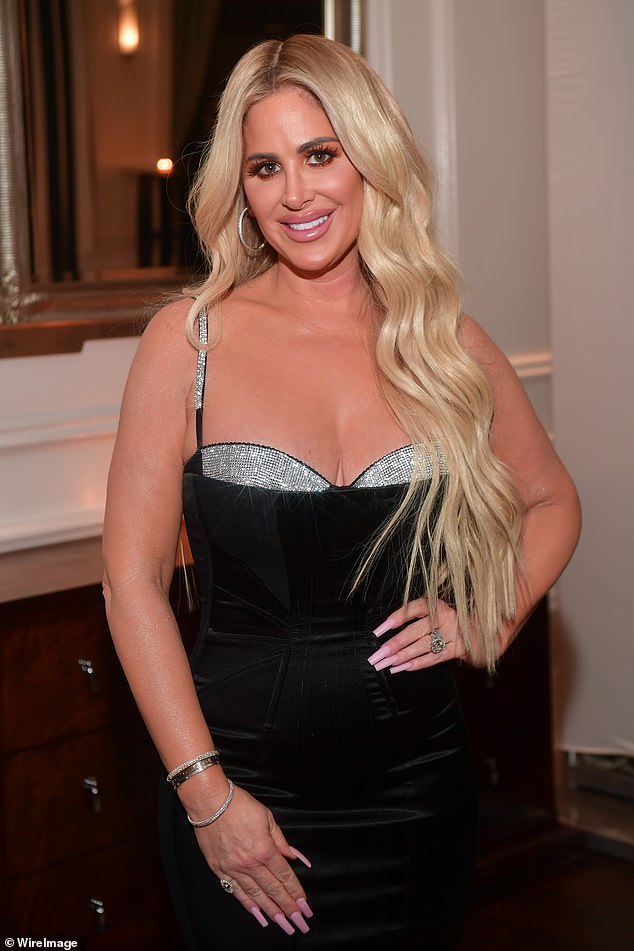 ‘I’ll never forget my small town of Windsor Locks CT. My parents always kept the house in tip top shape when we lived there.

‘I always knew when I was in that far room to the right (I daydreamed all the time of exactly where I am today), that I would end up on television. I wrote in my journal at 12yrs old that “I will have my own show by the time I was 30”.

‘Well I started on RHOA at 29 and got my own show when I was 33! I feel so blessed and so grateful!’

‘I’ll never forget my small town of Windsor Locks, CT. My parents always kept the house in tip top shape when we lived there.’ 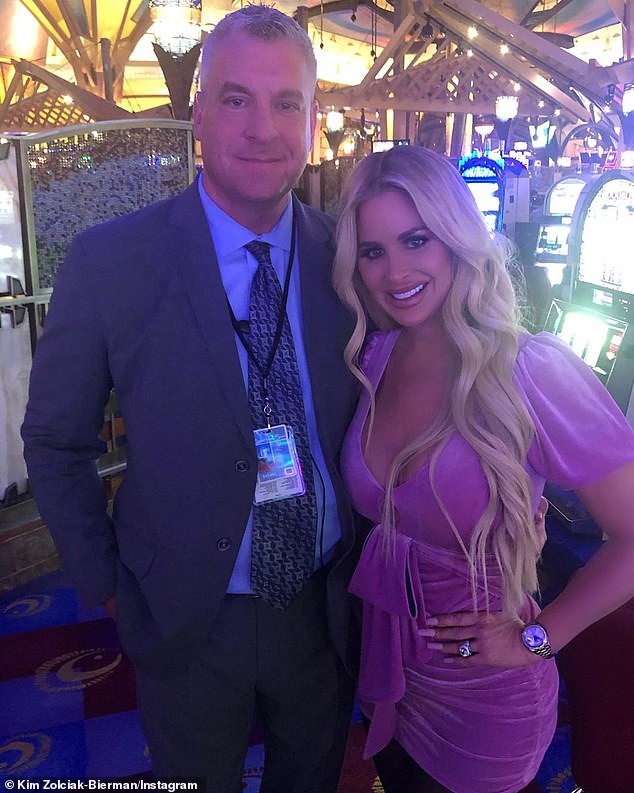 Making an appearance: Kim was in Connecticut as a special guest at Mohegan Sun Casino & Resort for a nighttime event; The reality star posed for a picture with one of the Casino’s managers

Kim and husband Kroy were in the area on Saturday afternoon following their scheduled appearance at the Mohegan Sun Casino & Resort on Valentine’s Day.

In the Instagram snapshot, Kim can be seen posing with her hands in the air just a few feet away from the home’s porch steps.

The house’s undeniable nostalgia prompted Zolciak to engage in a bit of personal reflection. 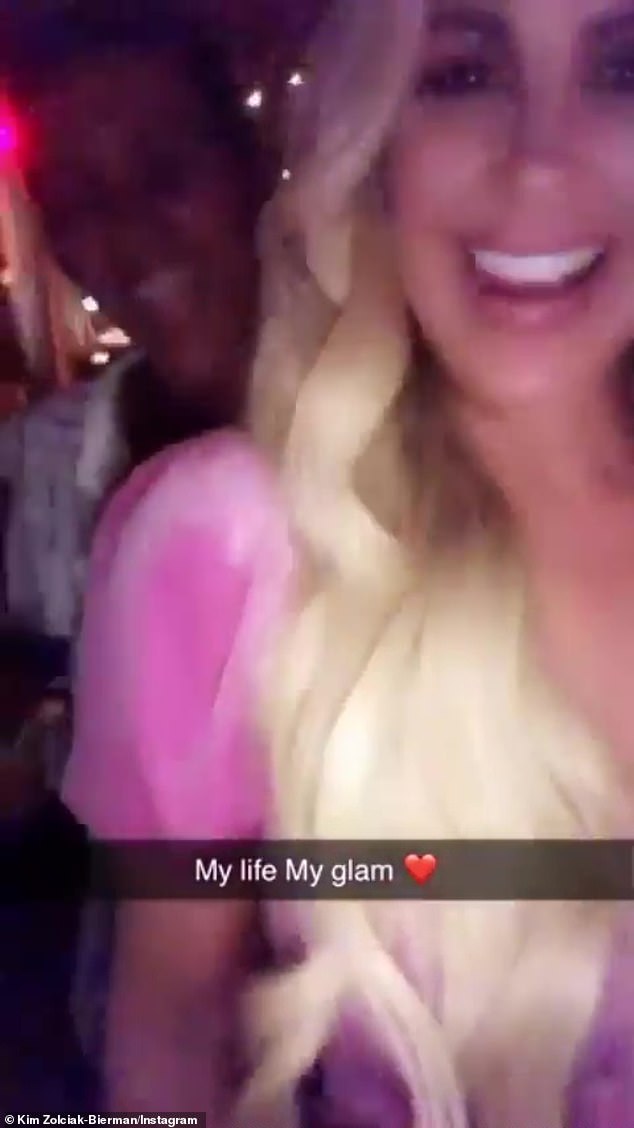 Every moment: The reality starlet documented the fun that went down inside the Casino on her Instagram page on Friday night. 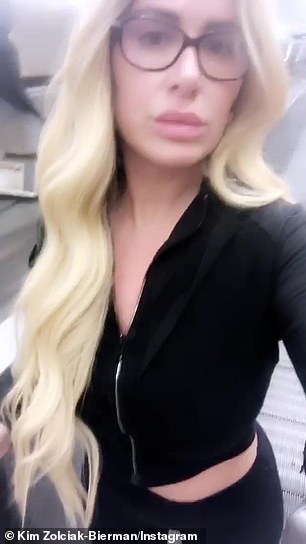 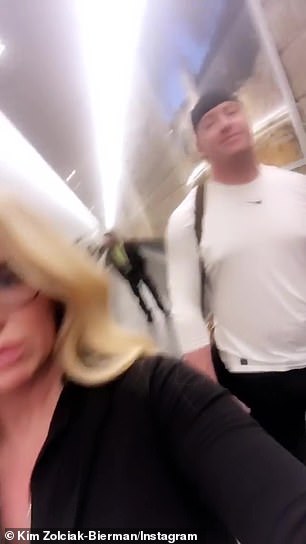 All good things: On Saturday evening, Kim documented her and husband Kroy’s return home to Atlanta on her IG story

Kim and Kroy returned home to Atlanta on Saturday evening, with the reality star even taking to Instagram to let fans know she was back in her new home state.

‘We’re back,’ uttered an exhausted Zolciak who made her way through the GA airport with Kroy by her side.

Zolciak, along with Lisa Wu-Hartwell, DeShawn Snow, Shereè Whitfield and the infamous NeNe Leakes were the first official cast members of the Bravo reality series The Real Housewives of Atlanta.

At the time, Zolciak was a single mother to daughters Brielle, 22, and Ariana, 18.

Kim married her husband Kroy in 2011 and they’d go on to have four children – son Kroy Jr, eight, son Kash, seven, and their twins Kaia and Kane, aged six. 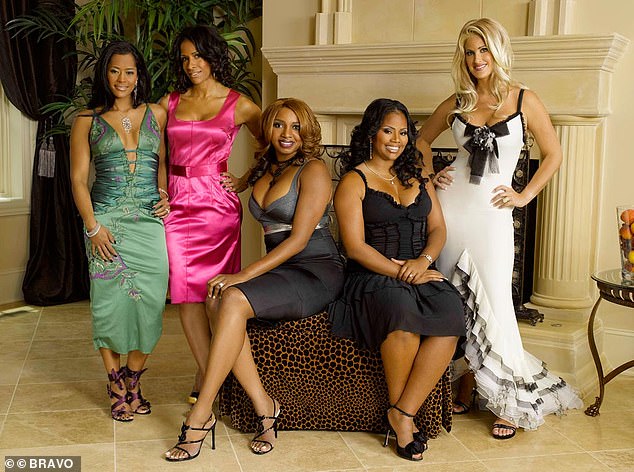