Homeless man, 29, accused of stabbing prayer leader in neck had been attending Regent’s Park mosque for ‘a number of years’ before attack, court hears

The homeless man accused of stabbing a prayer leader in the neck at Regent’s Park mosque had been attending the place of worship for ‘a number of years’ before the attack, a court has heard.

Daniel Horton, 29, of no fixed address, spoke only to confirm his British nationality, name and date of birth when he appeared at Westminster Magistrates’ court today.

The bearded defendant wore a grey tracksuit and kept his head bowed throughout proceedings. He has been accused of grievous bodily harm and possession of a bladed article.

Daniel Horton, 29, was charged with GBH and possession of a bladed article on Friday after he allegedly stabbed Raafat Maglad, 70, at London Central Mosque 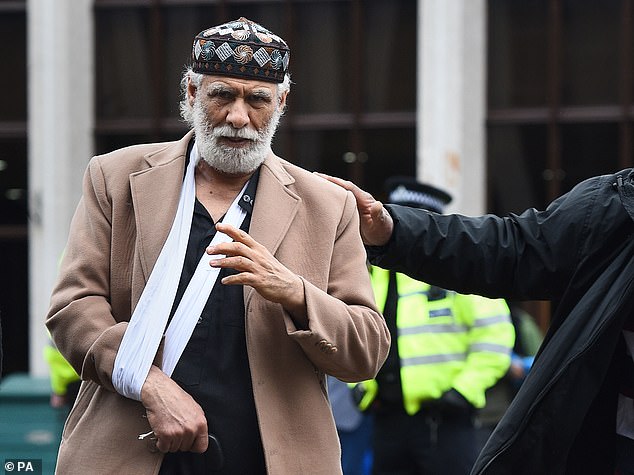 Mr Maglad, who leads the call to prayer, returned to the mosque less than 24 hours later

Mr Maglad, known as the muezzin – the person who makes the call to prayer – returned to the mosque for Friday prayers, less than 24 hours after the incident.

Prosecutor Tanyia Dogra said the victim had suffered a 1.5cm wound to his neck.

She told the court the victim and defendant were known to each other because Horton had been attending the mosque for a number of years.

Horton, who the court heard had been sleeping rough since last year, was remanded in custody by District Judge Nina Tempia to appear at Southwark Crown Court on March 20. 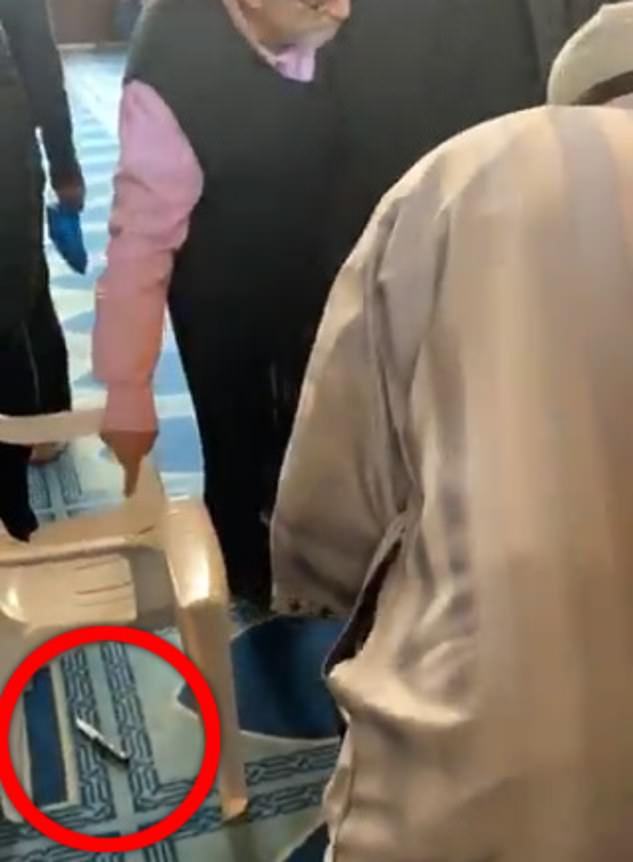 On Thursday afternoon police were called to The London Central mosque near Regent’s Park and found that worshippers had pinned the suspect to the ground.

The Metropolitan Police arrived minutes later to the mosque shortly after 3pm, and arrested the attacker on suspicion of attempted murder.

Mr Maqlad was flanked by security at the mosque yesterday, saying: ‘I forgive him. I feel no hatred for him, he’s a human being and what happened to me is my fate.

‘However the law must be implemented. All I can remember is someone approaching me from behind and then feeling great pain in my neck.

‘He did not say anything to me. It was a really deep cut. I rushed myself out of the room and someone rushed me to hospital.

‘I’m still in pain but I wanted to come here today and pray. I felt it was important to do that but now I’m returning to hospital. I don’t know the man. I have seen him in the mosque before but I don’t know much about him.’