UK has committed to multi-billion-pound replacement for Trident nuclear warheads based on US technology, Pentagon reveals

By Leigh Mcmanus For Mailonline

The Government has committed to a multibillion-pound replacement of Trident with nuclear warheads based on US technology, Pentagon officials have revealed.

A US commander told a committee in the States of the UK’s plans before ministers made an official announcement or informed MPs of the plans, it emerged on Saturday.

The Ministry of Defence went on to confirm that officials were working towards replacing the warheads after the admiral’s testimony to a senate hearing surfaced.

HMS Vigilant is one of the UK’s four nuclear warhead-carrying submarines, pictured here

US Strategic Command commander Admiral Charles Richard wrote in a statement first reported by the Observer that a replacement warhead called W93 or Mk7 was needed in the States.

He added: ‘This effort will also support a parallel replacement warhead programme in the United Kingdom whose nuclear deterrent plays an absolutely vital role in Nato’s overall defence posture.’

The statement was made last week. It is understood that the Government has been unable to find the time to inform Parliament, which is in recess, but an official announcement will be made shortly.

The MoD’s update to Parliament published shortly before Christmas did not confirm the upgrade.

‘Work also continues to develop the evidence to support a Government decision when replacing the warhead,’ it said.

The plans were also referenced by a Pentagon under secretary of defence, Alan Shaffer, who said ‘it’s wonderful that the UK is working on a new warhead at the same time’, according to US publication Defense Daily last week. 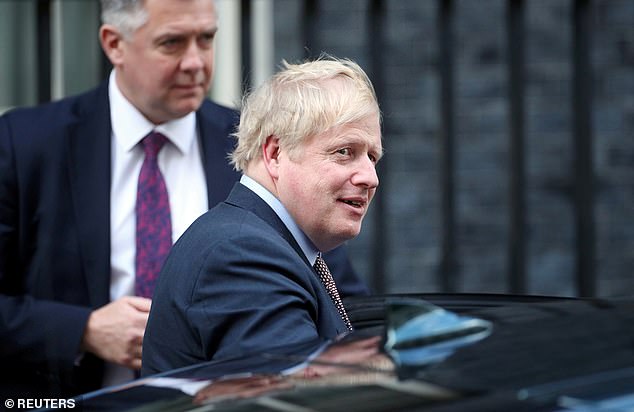 PM Boris Johnson, pictured at Downing Street, has long backed the proposed replacement and the Conservatives committed to renewing the deterrent ahead of the election

Prime Minister Boris Johnson has long backed the proposed replacement and the Conservatives committed to renewing the deterrent ahead of the election.

The cost has been estimated at £31 billion.

An MoD spokeswoman said: ‘As previously stated in the 2015 defence review, we can confirm that we are working towards replacing the warhead.

‘We have a strong defence relationship with the US and will continue to remain compatible with the US Trident missile.

‘An announcement about the UK’s replacement warhead programme will be made in due course.’