The estranged son of Married At First Sight’s Steve Burley has claimed that the star ‘abandoned’ him in England almost three decades ago – and never returned.

Tony Burley, 33, told Daily Mail Australia that after Steve, 51, and his mother split up in 1991, when he just was four years old, he ‘never really saw his dad again’ after he packed his bags and left their family home in Peterborough.

Tony spoke out after Steve broke down in tears to ‘wife’ Mishel Karen on Monday’s episode of MAFS about missing his son, crying: ‘I haven’t seen him for so long.’

‘We later found out he moved to Australia and that was it. I have seen him once in 29 years since and he’s never met his grandchildren,’ said Tony on Monday.

Family: The estranged son of Married At First Sight’s Steve Burley has claimed that the star ‘abandoned’ him in England almost three decades ago. Pictured: Steve on January 14

Tony continued: ‘When I was six I was living with my grandparents and he promised he’d come to see me and take me for a pub lunch – but he never turned up.

‘I sat at the window all day waiting. I never spoke to him after that until I was an adult. My mum tried to get in touch with him, but nothing.’

Years later, Tony and his family discovered that Steve had a new life on the other side of the world in Australia, where he owns a barbershop in Melbourne. 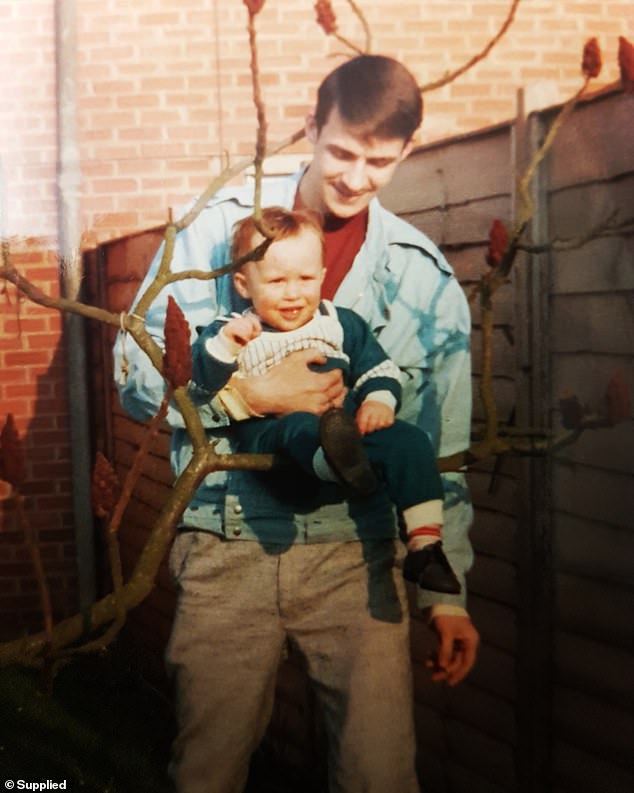 Torn apart: Tony Burley, 33, tells Daily Mail Australia that after Steve, 51, and his mother split up in 1991 when he just was four years old, he ‘never really saw his dad again’ after that. Pictured: Steve and Tony in 1991 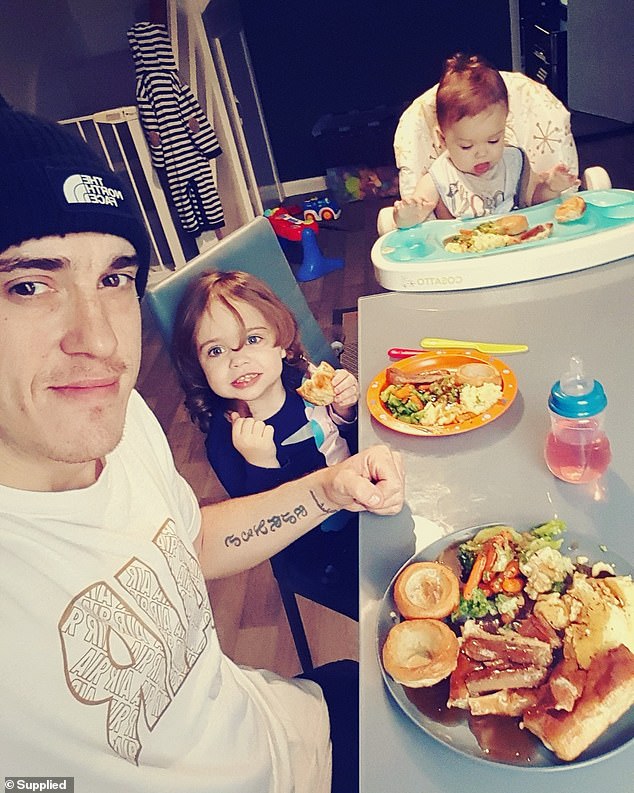 Hurt: Tony (pictured with his own two children), who lives in Winchester in southern England, says he has only seen his father once in the last 29 years and claimed his dad ‘only cares about himself’

Tony claimed that the pair were reunited for the first time since Tony was a child, after Steve visited the UK while battling testicular cancer eight years ago.

But his hopes of putting the past behind them were soon crushed.

He explained: ‘I last seen him about eight years ago when he came back to the UK. He told me that he had testicular cancer and I should get myself checked.

‘I was angry at him for most of my life and didn’t want to see him at first, but he promised he really wanted to build a relationship with me. And then nothing.’ 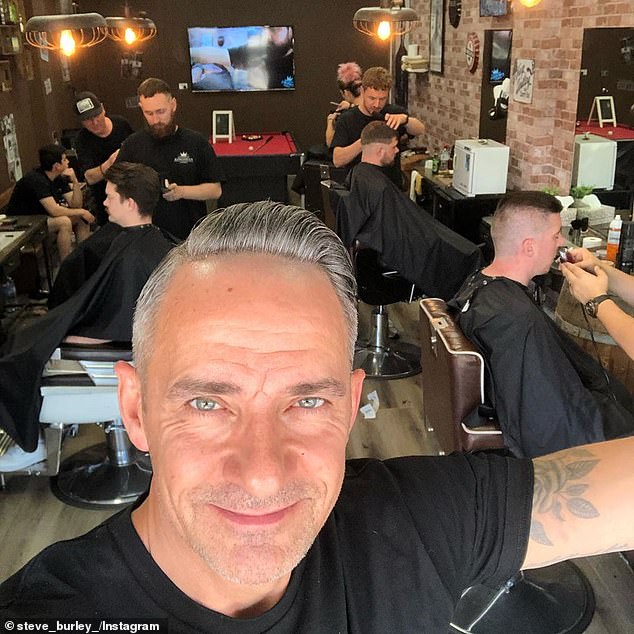 ‘He said I should get myself checked’: Tony last saw Steve eight years ago, allegedly for the first time since he was a child, when his father visited the UK while battling testicular cancer

Steve later returned to Australia and communication is said to have fizzled out, leaving Tony fuming: ‘He only cares about himself and abandoned me.

‘I really do think that things would have been different in my life if I had a male role model and a dad. He’s never taught me anything.’

Tony, who is now a full-time single father, admits that his own troubled relationship with Steve has inspired him to do everything possible for his two children.

‘The only thing that I’ve learnt from him never being around is to do the opposite of that and never leave my children. That’s why I’m now a single full-time dad,’ he said. 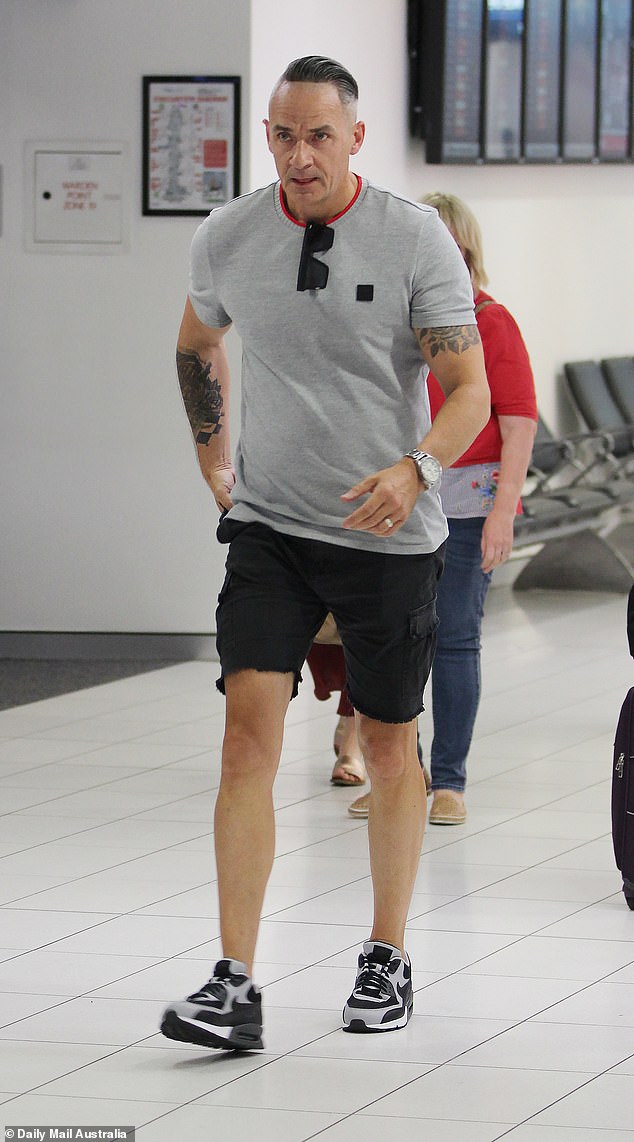 ‘I love my son and that’s as far as it goes’: When approached by Daily Mail Australia on Tuesday, Steve declined to comment on Tony’s interview because it is a family matter

After Steve cried about being estranged from his son on Monday’s episode of the show, Tony revealed it is ‘bringing back so many emotions.’

‘He’s acting like a saint on TV,’ added Tony, who claimed MAFS producers attempted to fly him to Australia to surprise Steve.

‘A producer called me months ago wanting to fly me over and surprise him because apparently he was crying about missing me. I thought it was a joke.’

When approached by Daily Mail Australia on Tuesday, Steve declined to comment on Tony’s interview because it is a family matter. 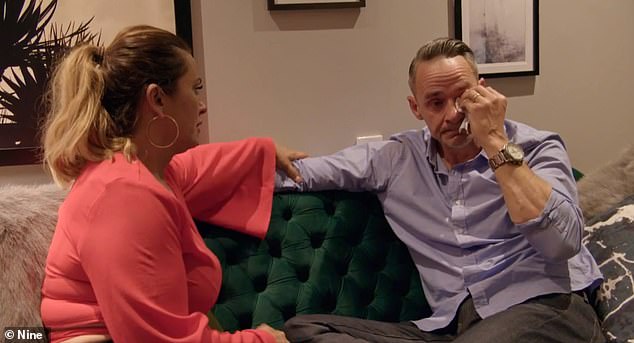 ‘I’ve got no family around me’: Tony decided to speak out after Steve broke down in tears to ‘wife’ Mishel Karen (pictured) while discussing his estranged son on Monday’s episode

On Monday’s episode, which was filmed in early October, Steve cried: ‘I’ve got no family around me. All I’ve got is my business and my friends.

‘I love my son, Mishel. He was due to come over here. And I haven’t said anything to anyone, or told anyone, because I was super excited about it.’

His bio on Channel Nine’s website claims he ‘migrated from the UK to Australia 18 years ago and has a son in his 30s still living in England’. 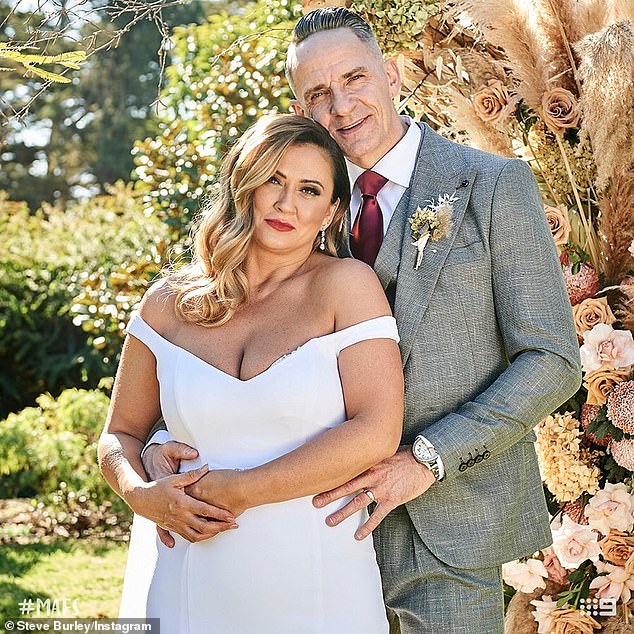 ‘He was due to come over here… I haven’t seen him for so long. It would have been really good’: Steve cried to Mishel that his son was meant to appear on the show on Monday. However, Tony says he declined an invitation from producers to be flown to Sydney for a reunion