Two US students appeared in an Italian court on Wednesday on the first day of their trial over the fatal stabbing last year of a policeman during a botched drugs bust.

The Californians, who had been on holiday in Rome and were teenagers at the time, face life sentences if convicted.

In Italy, the slaying aroused an outpouring of public sympathy for Cerciello, who had just returned from his honeymoon when he was killed.

Huge crowds attended his funeral – which was broadcast live on television – where he was hailed as a hero. 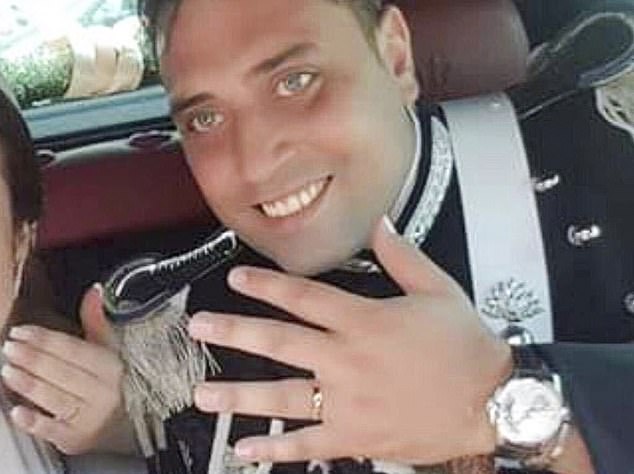 Mario Cerciello Rega, who had just returned to work from his honeymoon, suffered 11 stab wounds and later died in hospital from his injuries

But the case has also been marked by major blunders – especially the blindfolding of Natale-Hjorth during his police interrogation – and contradictory statements made by the key prosecution witness, Cerciello’s police partner Andrea Varriale.

In the aftermath, Varriale said he and Cerciello had been attacked by men of North African descent. He also initially claimed he had been armed.

Both officers were in fact unarmed and acted without backup, in violation of police procedure.

Amid the intense media focus in the case, comparisons have been made to the high-profile trial of Amanda Knox, a US student convicted and later acquitted of a 2007 murder in Italy.

The pair appeared in a packed courtroom Wednesday as the judge read trial procedures to the men, who listened expressionless.

As Elder was led out during a break he looked at his parents and held up crossed fingers.

Elder has admitted to stabbing Cerciello with a 7-inch (18cm) serrated-edge combat knife he had stashed in his sweatshirt but told investigators he thought he and his friend were being set upon by drug dealers. 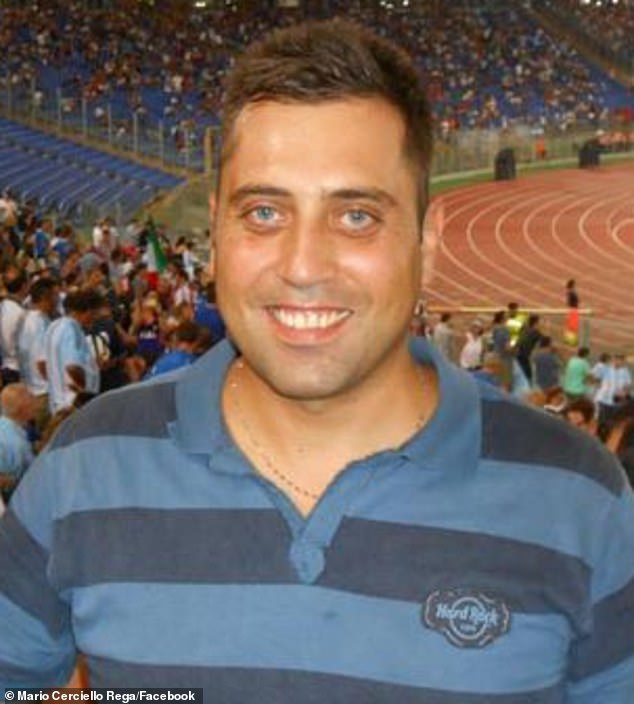 The death of the victim, Mario Cerciello Rega, shook Italians and has dominated headlines across the country

The young men and Varriale have given opposing versions of what happened during the 32-second attack in the early hours of the morning, which followed a botched drug deal.

Hours earlier, the young men from the San Francisco Bay Area had gone looking for cocaine in the popular night-life area of Trastevere. Intermediary Sergio Brugiatelli introduced them to a dealer who sold them aspirin instead.

In retaliation, the teens stole Brugiatelli’s bag, before demanding money and drugs to return it.

Cerciello and Varriale went in Brugiatelli’s place to the designated exchange point in an upscale neighbourhood near the teenagers’ hotel but the handover never took place. 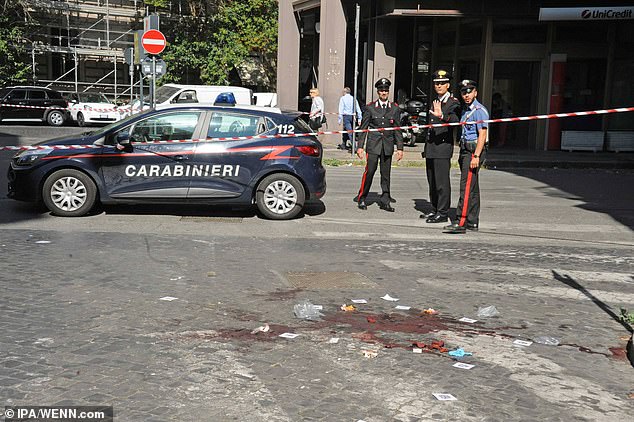 The two officers approached Finnegan and Hjort and announced they were Carabinieri, but after brief exchange of words Finnegan pulled out a knife and stabbed Rega several times

Elder, now age 20, told police they were jumped from behind by the officers and believed they were thugs sent by Brugiatelli.

Varriale has said he and Cerciello, both in plain clothes, told the young men they were police, but that Elder pulled out a knife and attacked Cerciello, while Natale-Hjorth wrestled with Varriale.

The teens then fled to their nearby hotel, where police later found the military knife hidden behind a ceiling panel.

‘His murder cannot and must not go unpunished,’ his wife, Maria Rosaria Esilio, said in a statement on the eve of the trial.

‘My family has ended with Mario’s death because our unborn children and dreams were buried with him,’ she said.

Under Italian law, Natale-Hjorth, who was 18 years old last July, faces the same charge of ‘voluntary homicide’ with a special circumstance of killing a police officer, even though he did not stab Cerciello.

Both young men are also charged with attempted extortion. They face a maximum penalty of life imprisonment in isolation.