When it comes to boundless energy and enthusiasm for protecting our environment, you can always count on youngsters.

The campaign to clean up Britain by Keep Britain Tidy – backed by the Mail – can count on superb support from the young generation.

We’re the young generation: Pupils from Damers First School near Dorchester pick up litter on Chesil Beach in Dorset for the Great British Spring Clean. There are 428,720 volunteers partaking in the annual clean and 20,000 so-called Eco-Schools registered throughout the country

Thousands of youngsters between nursery age and 18 have pledged to carry out litter picks in and around their schools between March 20 to April 13, ridding their local areas of discarded rubbish and waste. The children, along with their teachers, have provided an incredible boost to our volunteer numbers which now stands at 428,720.

In all there are more than 9,400 litter picks organised across the UK, so there is bound to be one near you.

But if there is not, it is simple to organise one and get your friends and neighbours and children involved. As the following examples show, youngsters are certainly leading the charge to make Britain’s schools more eco-friendly by planting vegetable patches, carrying out litter picking missions and taking part in woodwork lessons. 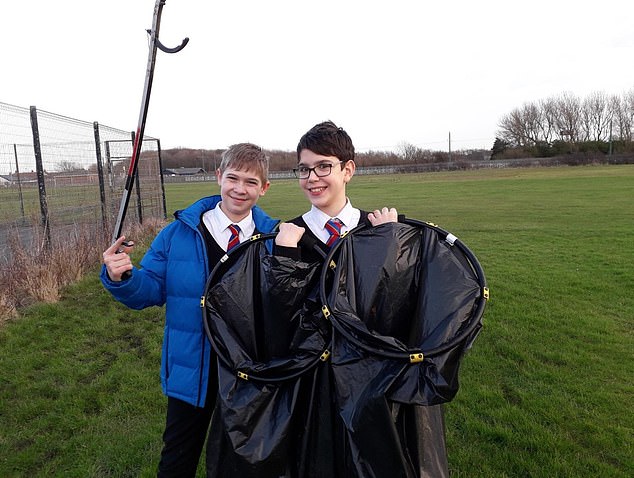 Pick-up: Cardinal Allen pupils in Lancashire. After years of hard work at the school in  Fleetwood, Lancashire, the grounds are now among the most biodiverse in the area

Alongside the usual curriculum they also ‘adopt’ bees, churn apples to make their own juice and even meditate to create a calm environment.

There are now an incredible 20,000 so-called Eco-Schools registered in the UK – a designation only awarded after a school has made changes to lessons and daily activities. This milestone figure means that England is now home to 40 per cent of the total number of Eco-Schools in the world, which are as widespread as the US, China and India.

Each year, awards are handed out to schools and children who have made the biggest difference.Last year’s Primary School award went to Damers First School in Dorset. As well as taking part in a beach litter pick, pupils raised money for their own bird hide and wildlife area and encouraged 20 local businesses to allow free water bottle refills.

Pupils even created their own beeswax alternative to Clingfilm and raised £4,000 by selling it locally. The money helped fund further eco-projects.

Heswall Primary School on the Wirral, Merseyside, won the Biodiversity award for their part in creating a film highlighting the importance of animal conservation. And after years of hard work at Cardinal Allen High School in Fleetwood, Lancashire, the grounds are now among the most biodiverse in the area.

The Eco-Schools programme in England is run by Keep Britain Tidy, which is also running the Great British Spring Clean campaign with the Daily Mail. 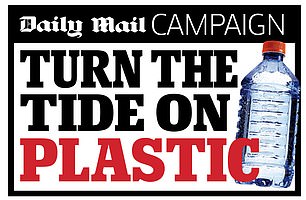 There are around 51,000 Eco-Schools worldwide, and the programme is celebrating its 25th anniversary this year. Allison Ogden-Newton OBE, chief executive of Keep Britain Tidy, said: ‘It is an astonishing achievement to have 20,000 schools – almost 80 per cent of all the schools in England – signed up to the programme.

‘It shows just how committed both teachers and pupils are to tackling the climate crisis and the plastic pollution that present such a threat to our environment.

‘The success of the programme, which is reaching more than five million children and young people, gives us hope for the future.’

‘Children and young people are leading the way when it comes to standing up for our environment.’

It’s easy to join the Great British Spring Clean: to sign up go to the website here.