Married At First Sight EXCLUSIVE: Hayley Vernon is forced to work as a TRADIE mixing concrete after leaving her $150,000 finance broker job to film the social experiment

Married At First Sight’s Hayley Vernon walked away from a $150,000-per-year job as a finance broker to film Nine’s social experiment last year.

But her dreams of reality TV stardom were cut short when producers kicked her off the show around mid-October – in scenes that aired on Sunday night – and she was forced to work as a tradie to make ends meet.

In the last two months of 2019, Hayley, 32, was mixing concrete on a Melbourne building site as production of MAFS continued without her.

Married At First Sight was filmed in Sydney between September and December. Hayley’s departure came just six weeks into the three-month production period.

But despite leaving the experiment early, she didn’t mind getting her hands dirty and enjoyed the routine of daily work, according to a source.

A friend of Hayley’s told Daily Mail Australia: ‘After she finished filming in October, Hayley took a quick holiday and was then bored just sitting around all day. So a friend gave her a job on a construction site.

‘She loved it and loved the banter with all the boys. She was in her element.’ 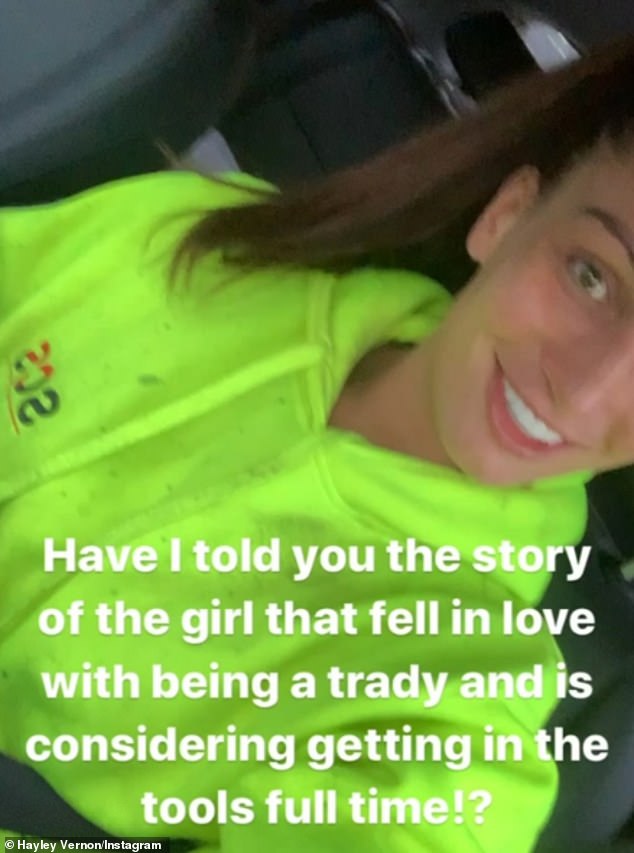 Life goes on! The 32-year-old was then forced to work as a tradie in Melbourne after her dream of TV stardom was cut short after being pushed off the show early by producers 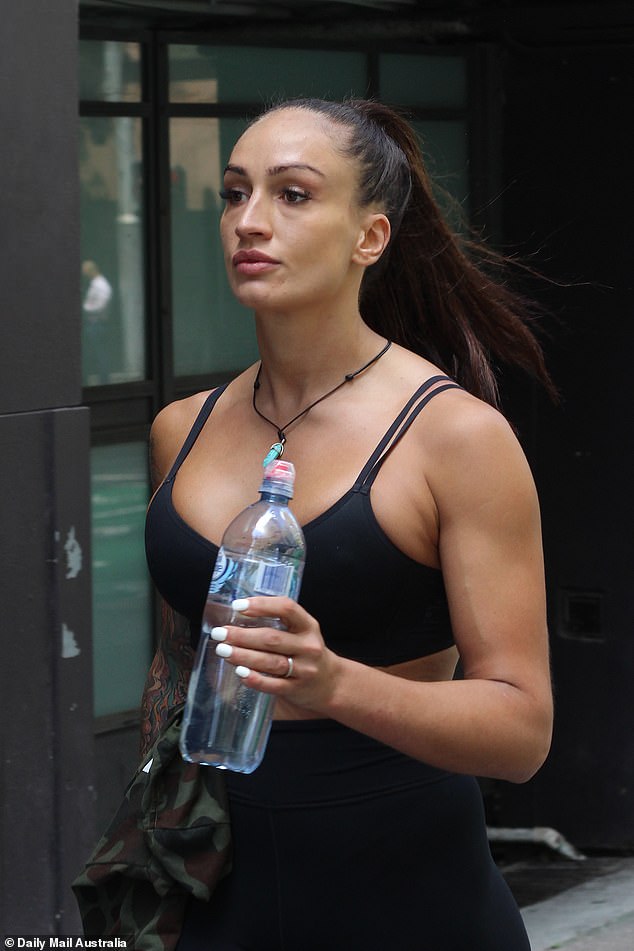 Moving on! Daily Mail Australia can reveal that as the rest of the cast continued filming in Sydney, Hayley was sweating it out mixing concrete in Victoria. Pictured: Hayley in October

On November 3, Hayley shared a photo to Instagram of herself in high-vis workwear.

‘Have I told you the story of the girl that fell in love with being a tradie and is considering getting in the tools full time?’ she wrote at the time. 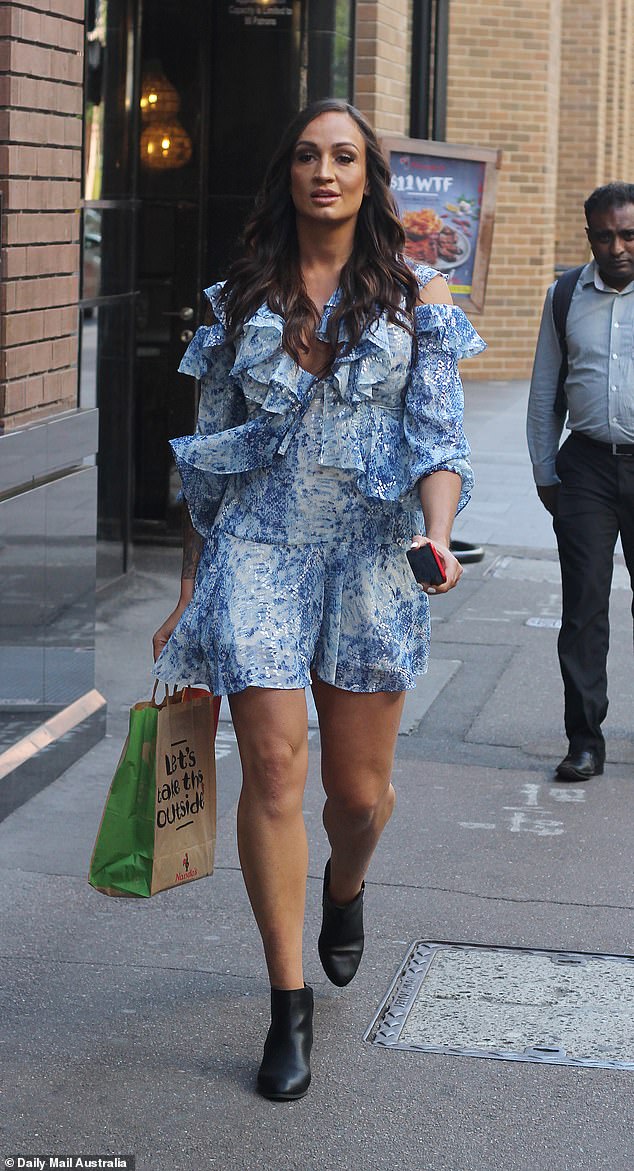 A star is born! Daily Mail Australia understands the work was part-time until MAFS started airing, when Hayley could then launch a media career. Pictured: Hayley in October

She recently signed with celebrity agent Max Markson, and is set to make a fortune through sponsored Instagram posts and personal appearances.

Max has signed several MAFS participants to his agency, Markson Sparks, and Hayley is proving to be the most controversial – and marketable – so far.

‘From a financial point of view, I tell them, “Your income is going to be from Instagram posts and it’s going to happen for you immediately for only a couple of months,”‘ Max recently said of working with reality stars. 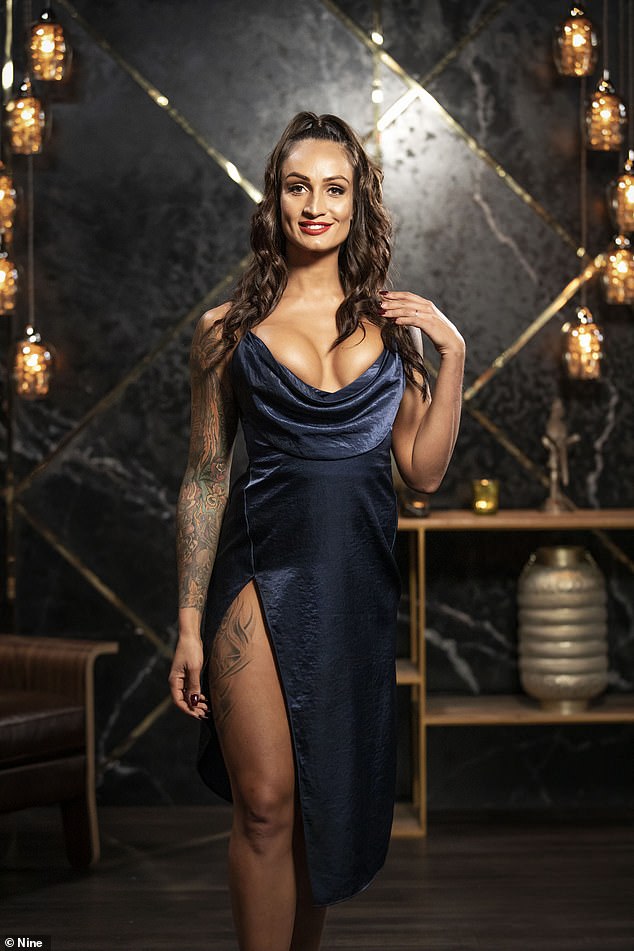 Cashing in! She has since signed with celebrity agent Max Markson, and is set to make a fortune going forward through sponsored Instagram posts and personal appearances

In a Married At First Sight first, Hayley was forced off the show on Sunday’s episode, despite choosing to stay another week with ‘husband’ David Cannon out of spite.

She had voted stay just to punish David, after he had scrubbed a dirty toilet with her toothbrush in revenge for her cheating with another groom, Michael Goonan. 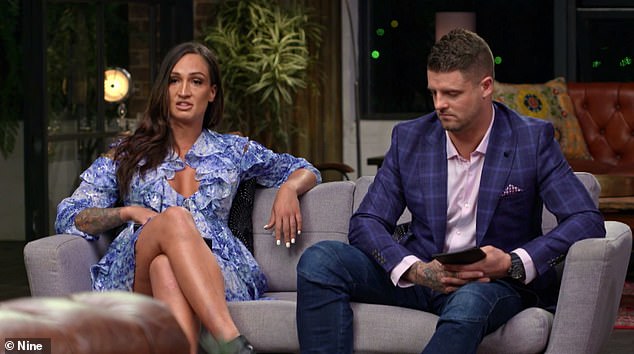 Out! In a Married At First Sight first, Hayley was forced off the show on Sunday, despite choosing to ‘stay’ another week with ‘husband’ David Cannon (pictured) just to punish him