Hilary Duff reunited with her ex-husband Mike Comrie on Saturday to watch their son’s flag football team in action.

For much of the afternoon, the former couple stood on the sidelines together with big beaming smiles and cheered 7-year-old Luca on as he hustled on the field in the Studio City neighborhood of Los Angeles.

Duff and Comrie, who married for more than five years, announced their separation back in January 2014.

Duff, 32, arrived at the park with Luca carrying a collapsible chair under one arm and and a water bottle in the other.

She kept it casual in the fashion department in faded blue jeans with holes on both knees and a green sweater.

The Lizzie McGuire star rounded out her ensemble with tan shoes and her blonde tresses styled long with a part in the middle. 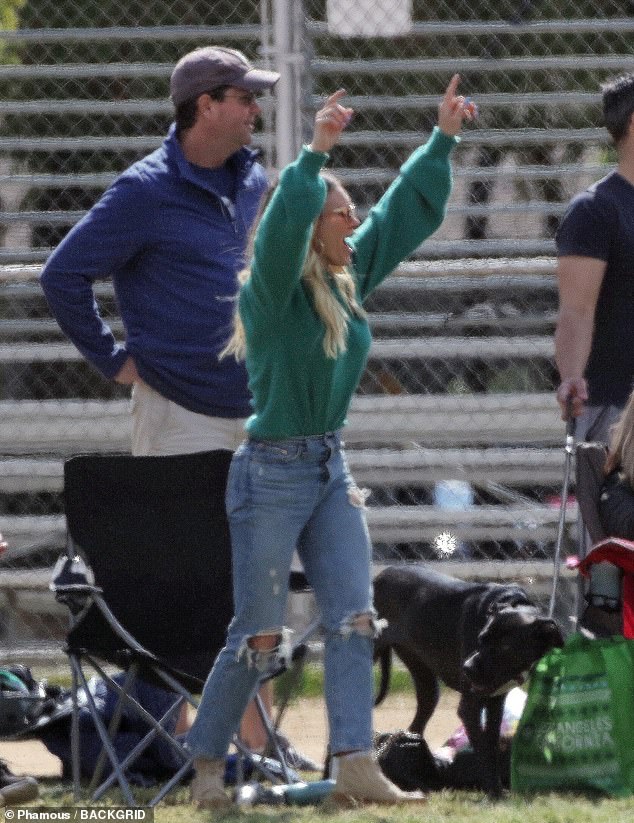 Proud parents: Duff reunited with ex-husband and former hockey player Mike Comrie, and the two cheered their boy on from the sidelines

Already dressed for the battle that lied ahead, Luca wore his team’s uniform that consisted of black shorts over black sweatpants and a black and white jersey with the number 11 on the back.

Once the game kicked-off, Duff couldn’t hide her unbridled enthusiasm for her boy as Comrie stood nearby with an equally proud smile on his face.

At one point, during a break in the action, Luca walked to the sidelines and was greeted by his parents, who proceeded to heap praise on him. 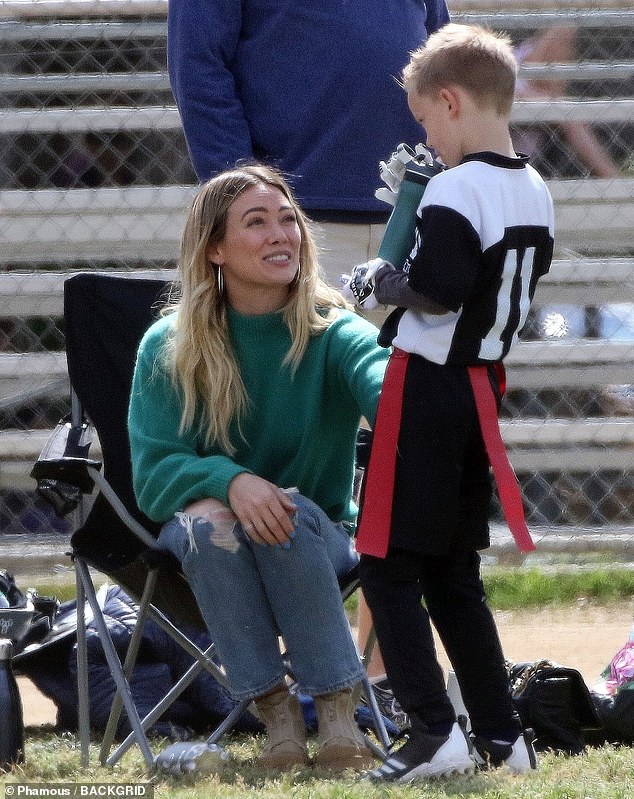 Timeout: At one point, during a break in the action, Luca walked to the sidelines and was greeted by his parents, who proceeded to heap praise on him

The former couple began dating back in 2007 and were eventually married in August 2010.

They ended up splitting in 2014 and then finalized their divorce two-years later.

Comrie played for six teams during his 13 season run in the National Hockey League before retiring in 2012. 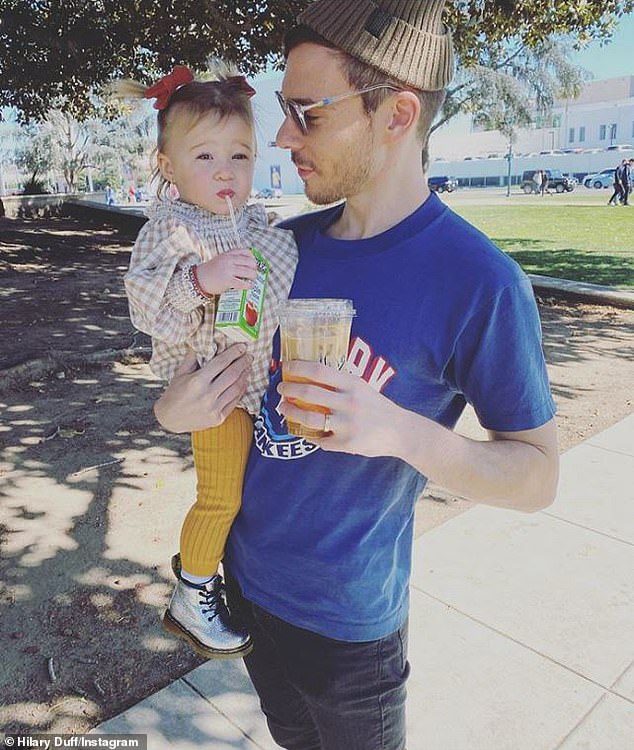