She’s set to walk down the aisle with American wakeboarder Chandler Powell this year.

And Bindi Irwin, 21, has revealed she’s enlisted the help of her fiancé, 23, and her younger brother, Robert, 16, to plan her upcoming wedding.

In a post uploaded to Instagram on Tuesday, the Australian wildlife warrior revealed Chandler and Robert were helping select the flowers for her bridal bouquet.

Here to  help! Bindi Irwin, 21, (centre) has enlisted the help of her fiancé Chandler Powell, 23, (right) and brother Robert, 16, (left) to select the flowers for her bridal bouquet

‘Robert and Chandler kindly helped me choose the flowers for my bridal bouquet,’ Bindi wrote alongside a photo of the trio posing with vases of colourful flowers.

‘They’ve been very supportive with all things wedding planning,’ she added.

The trio were dressed in their signature khaki uniforms as they beamed for the happy snap. 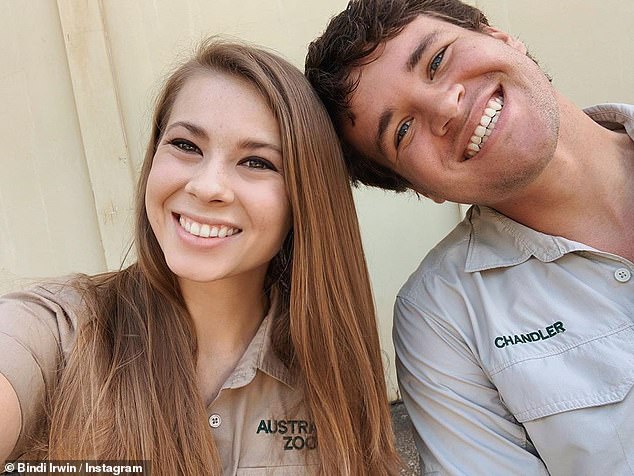 Here comes the bride! Bindi is set to wed Chandler later this year in front of family and friends at the Australia Zoo in Beerwah, Queensland.

Bindi is set to wed Chandler later this year in front of family and friends at the Australia Zoo in Beerwah, Queensland.

The young lovebirds met at the Irwin family’s zoo back in November 2013.

Bindi recently revealed what she hopes to do with her fiancé after they tie the knot later this year. 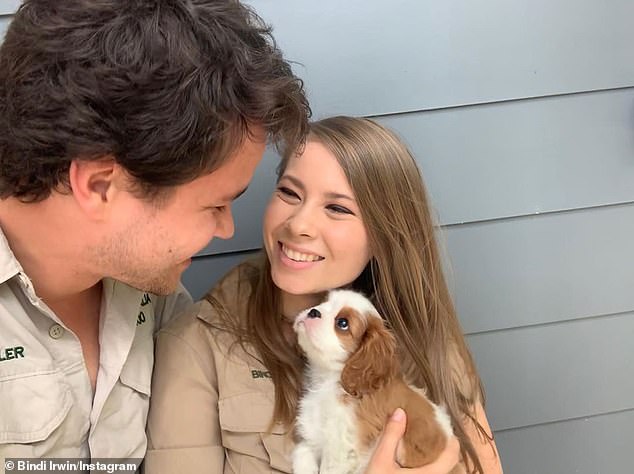 Cute couple! The young lovebirds met at the Irwin family’s zoo back in November 2013 (The couple pictured with their puppy named Piggy)

Speaking to New Idea magazine, the child star said the couple were thinking about feeding crocodiles at Australia Zoo after the ceremony.

‘We all keep joking that our first thing as man and wife will be feeding the crocodiles,’ she mused.

Later in the interview, Bindi said the couple were already thinking about children, but added that babies was still ‘a way away’.

‘I think it’s a way away right now, but when it does happen, I can guarantee you they’ll have their own Khaki because Khaki is not just a colour, it’s an attitude.’

Bindi and Robert’s dad, Steve Irwin, died in September 2006 at the age of 44, after being pierced in the chest by a stingray barb while filming a wildlife documentary in Batt Reef, Queensland. 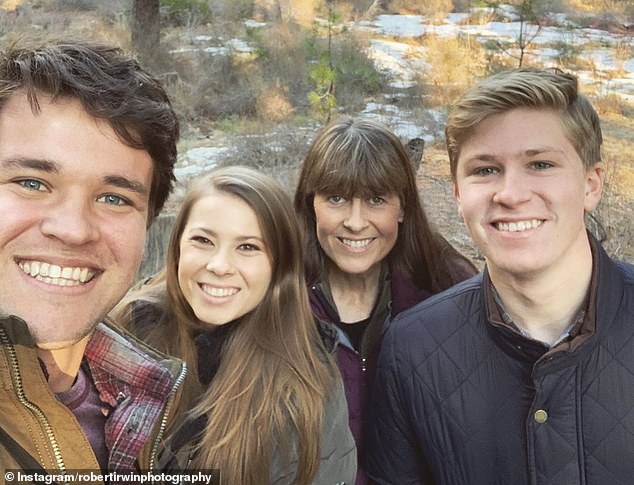 Carrying on the Crocodile Hunter’s legacy: Bindi recently revealed that after the wedding, she and Chandler would like to go to feed the crocodiles at Australia Zoo, where their ceremony is also being held