He received an Academy Award nomination for his performance as boxing legend Muhammad Ali nearly two decades ago.

Will Smith looked as if he were trying to trying to revive the same magic when he was spotted on the set of his upcoming film King Richard on Tuesday.

The 51-year-old actor sported a thick gray-speckled beard and different sporty costumes as he relaxed between takes.

Doppelgänger: Will Smith, 51, was the spitting image of Venus and Serena William’s father Richard Williams with his thick gray beard while on the set of King Richard Tuesday in LA

Will has previously sported a well-maintained goatee or beard, often for film projects, but it’s rare for him to maintain a shaggier look.

He was spotted taking a breather by a car at one point and checking on his phone while having a drink.

The Gemini Man star wore a red sweater with a pair of period-accurate shorts and high white socks. 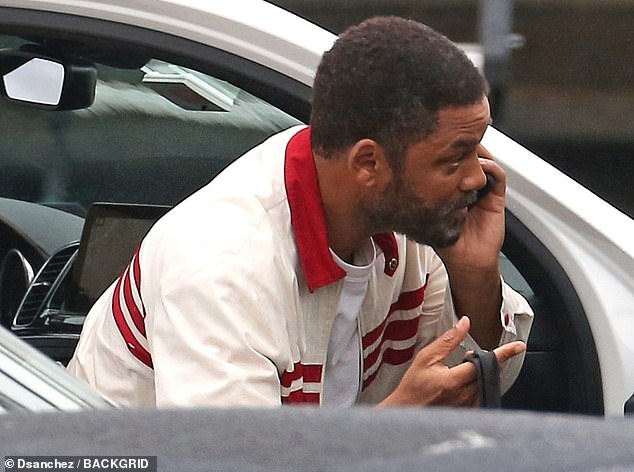 Vintage look: He was seen during down time between takes. He alternated a red sweater with a white windbreaker with stripes, plus tall white socks and tiny period-appropriate shorts

Another set photo captured him in a plain white T-shirt under a white windbreaker with red stripes and a red collar.

It’s the same outfit he’s worn for multiple days in a row while shooting the biographical drama, which documents the childhood training of future tennis superstars Serena and Venus Williams under their father.

Richard didn’t have any formal tennis knowledge aside from taking lessons later in life, but he has claimed he decided his daughters would be tennis champions before they were even born. 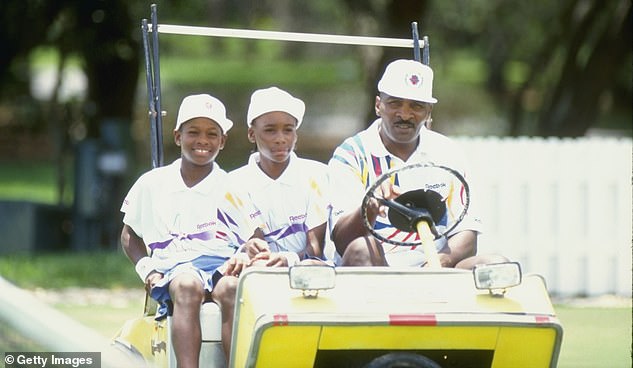 Raising legends: While Richard is now 78 years old and disabled following a series of strokes, he still enjoys a close relationship with his famous daughters and their seven half-siblings; pictured at a tennis camp in Florida in 1992

He told CTV in 2014 that he wrote up a 78-page document outlining all the steps they would have to take to become the best in their sport.

Williams started taking his daughters to tennis competitions by the time they were four, yet he also took steps to make sure they had a normal childhood by pulling them out of a tennis academy.

The former coach, now 78, was disabled following a series of small strokes, though he still enjoys a close relationship with his children.

Venus and Serena are considered two of the most dominate athletes to ever play tennis, and Venus sports an impressive seven Grand Slam singles titles, while her younger sister has won an astounding 23 titles. 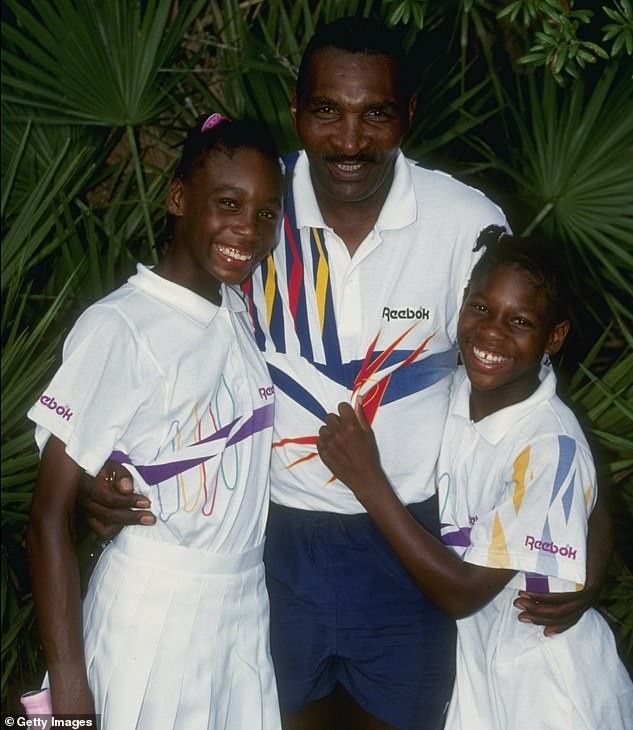 Family first: Williams claimed he planned for his daughters to be champions before they were born and wrote a 78-page manifesto outlining their strategy; pictured in 1992 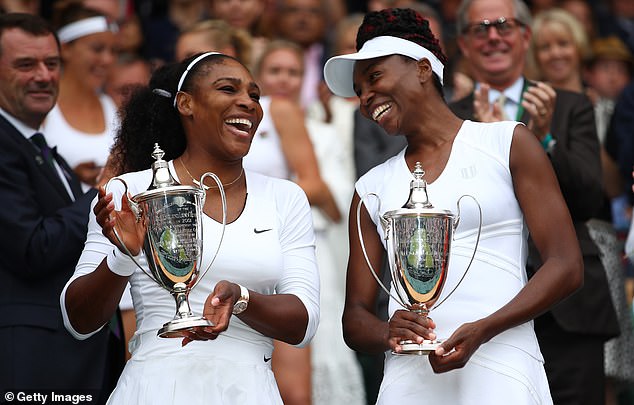 Champions: Serena would go on to win an astounding 23 Grand Slam singles titles, while her sister Venus  has seven

He previously earned critical acclaim and Oscar nominations for Ali (2001) and The Pursuit Of Happyness (2006), about businessman Chris Gardner’s struggle with homelessness while raising his young son.

Aside from his King Richard departure, the actor and rapper has multiple sequels on the horizon.

A sequel to his critically reviled Netflix fantasy–action film Bright  has already been announced, and the success of Bad Boys For Life  earlier this year assured a fourth entry in the series.

The movie, which reunited him with comedian Martin Lawrence, has already taken in $198.2 million domestic and $406.2 million worldwide, against a relatively modest $90 million budget. 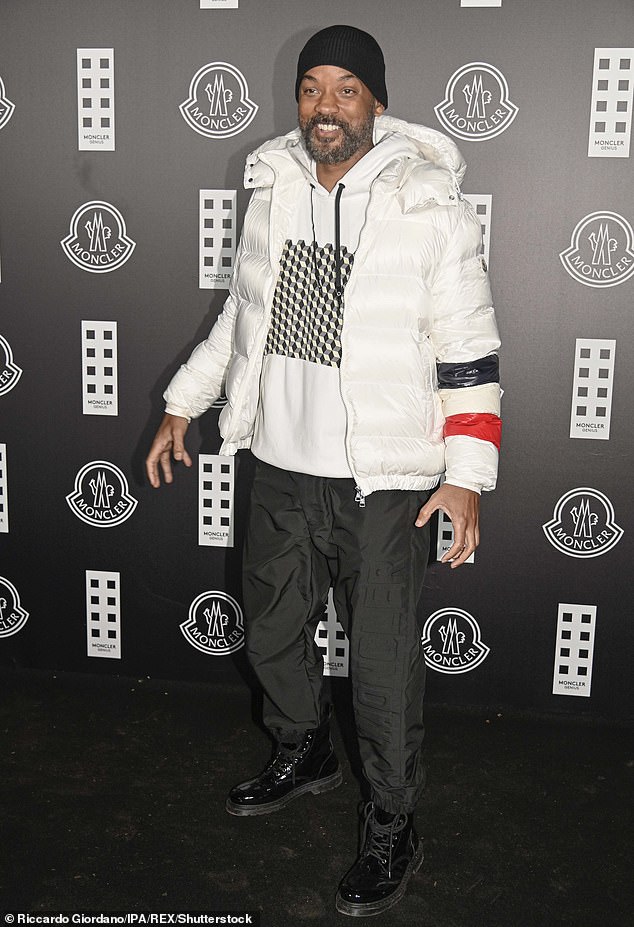 Winning record: Will has previously played real-life characters in the 2015 film Concussion, as well as 2006’s The Pursuit Of Happyness and 2001’s Ali, both of which earned him Oscar nominations; shown February 19 in Milan 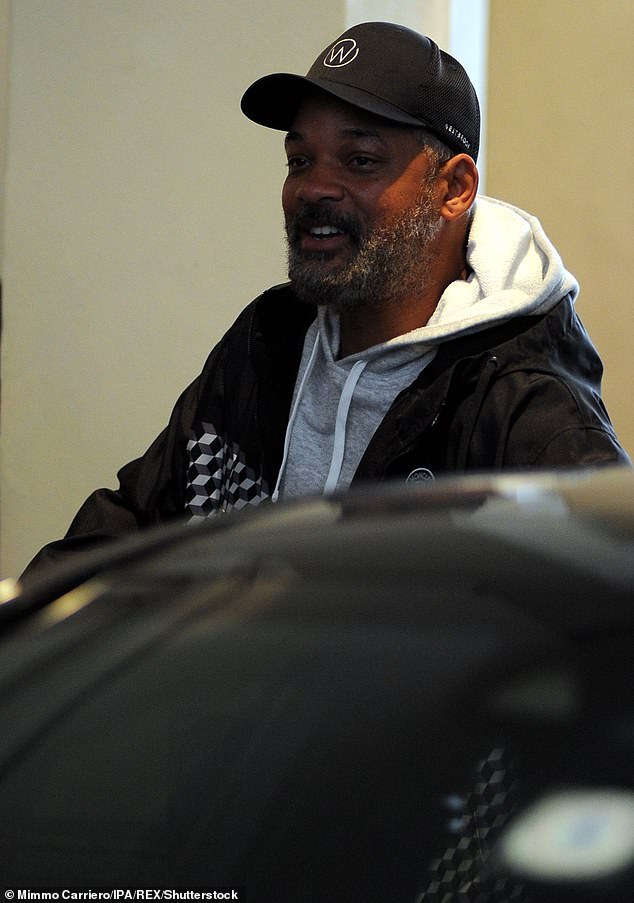 Coming soon: He’s set to do more sequels next, including Bright 2 and Bad Boys 4; pictured February 20 in Milan