With the first weekend of elite sport suspended as a consequence of the coronavirus pandemic upon us, it is not just the regular-going fans who are seeking alternative ways to spend their weekend.

Sports stars all around the world have themselves turned from entertainers to keeping themselves occupied.

Physical activity was of course at the centre of most of their alternative activities, but others preferred to adopt a more sedentary lifestyle for the time being. 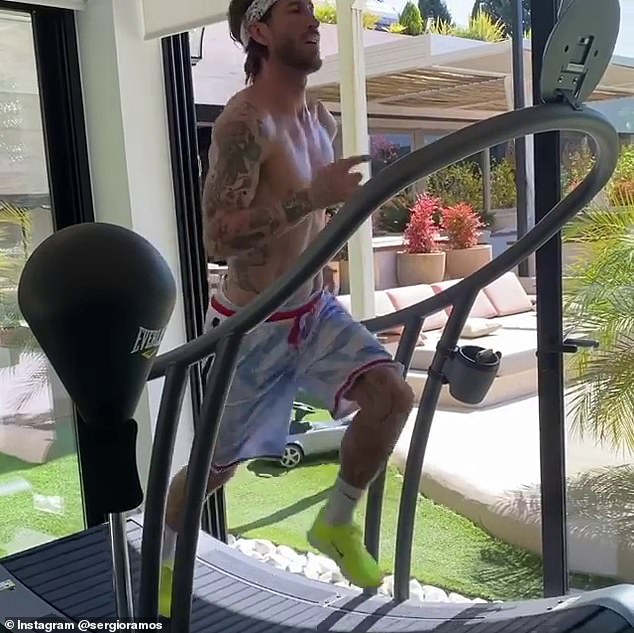 Real Madrid captain Sergio Ramos was chief among those keeping in shape, running full pelt on his large curved treadmill.

The Spain defender’s Instagram post was supplemented with #teleworking and #ITrainAtHome, with the latter a particular hashtag that sports stars have used this weekend. 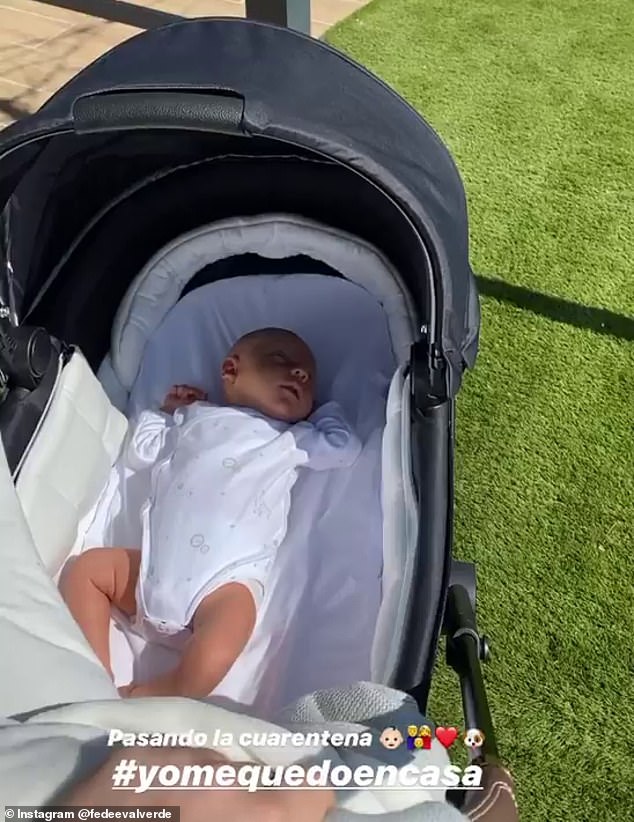 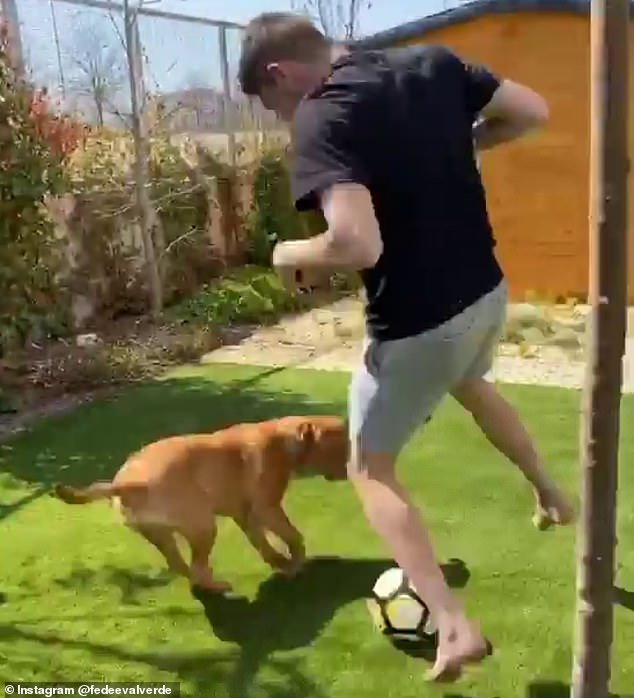 The Uruguayan midfielder showed his usual burst of energy, playing a game of kick and chase with his dog.

The 21-year-old became a father for the first time last month, but despite posting a picture of him and his baby on his page – it appeared a game against his pet was too tempting to turn down.

Italy was the first European country to feel the real effects of the coronavirus, and after games were played behind closed doors last weekend Serie A has now shut down for the long run. 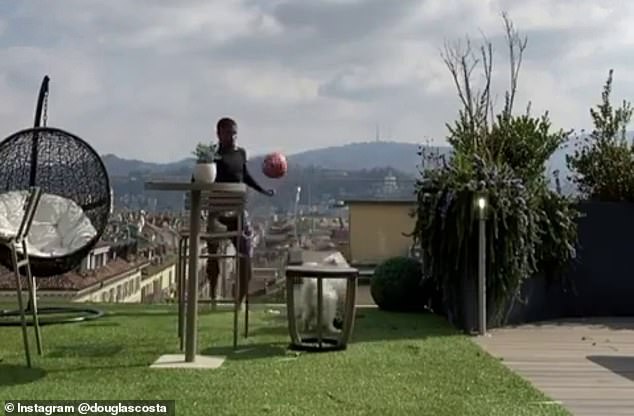 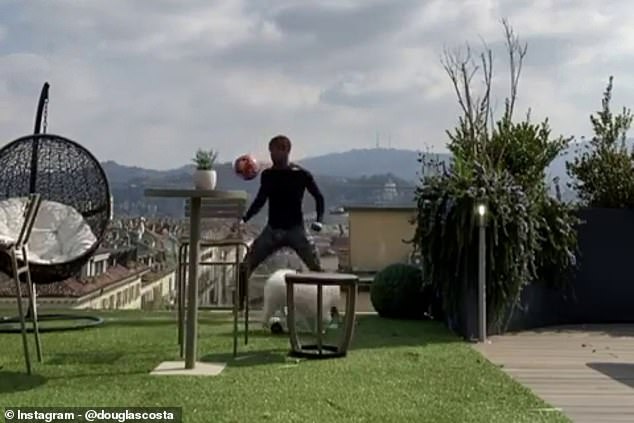 That however has not stopped Juventus star Douglas Costa from keeping his tricky feet busy, even if his opponent at the moment is perhaps not the most challenging.

The Brazilian posted a video on his Instagram of him playing a game of keep ball, with a few keepy-uppies included, while his dog futilely chased it from side to side. 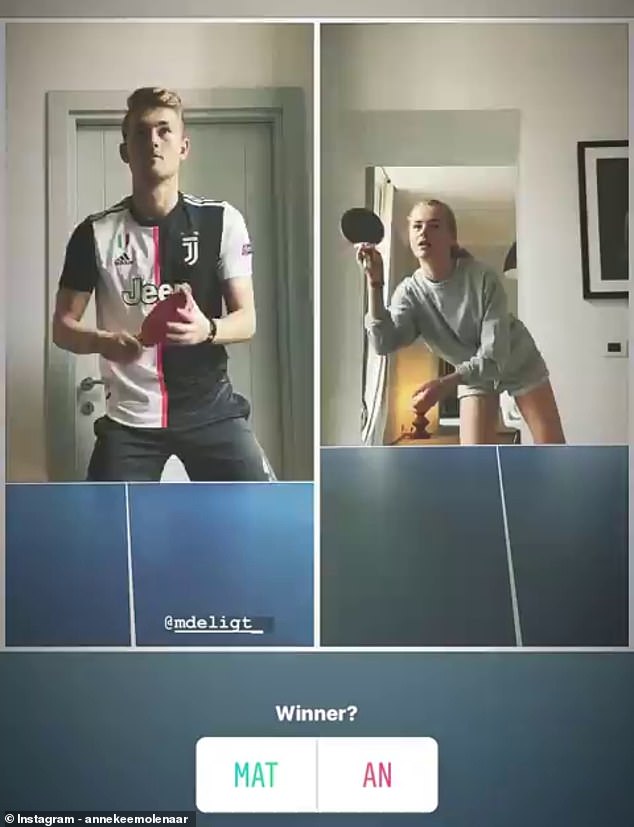 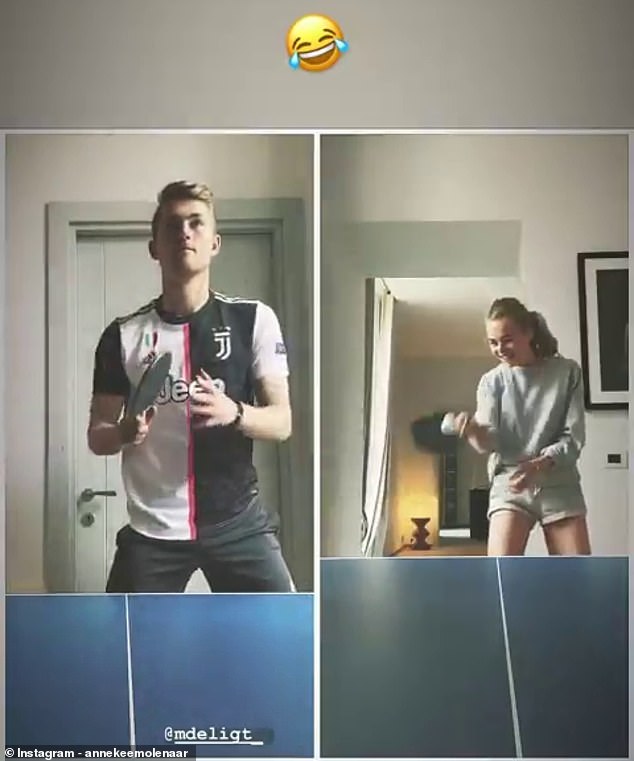 The defender’s model girlfriend Annekee Molenaar also took to Instagram to show her playing a game of table tennis against her boyfriend, who was wearing the top of the current Serie A champions.

And Molenaar asked those who had viewed her story to predict who won between the pair, with the post accompanied by a laughing emoji.

Lazio and Italy striker Ciro Immobile however turned his hand to a an art completely different to sport. 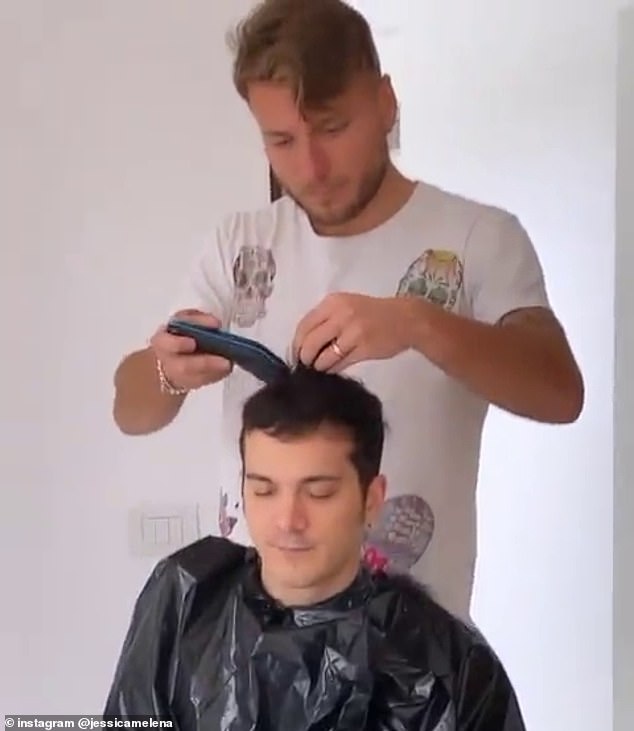 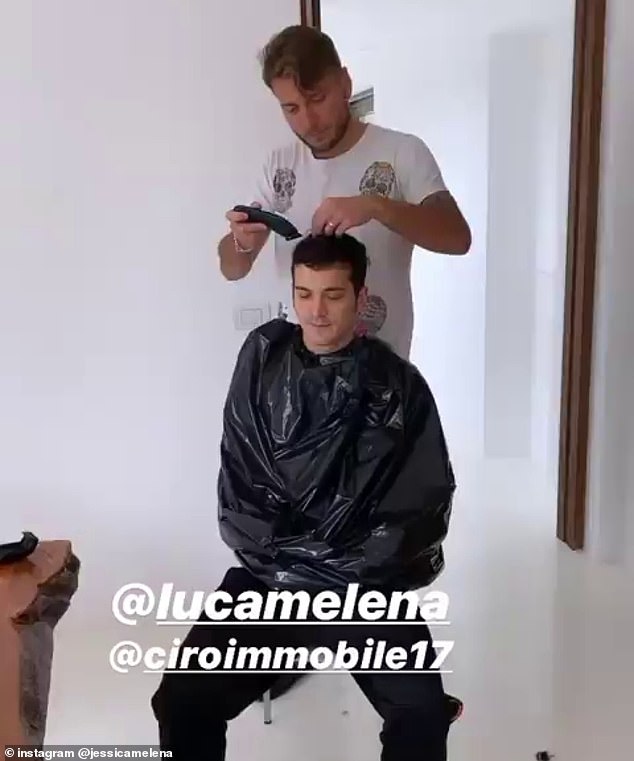 The 30-year-old’s wife Jessica Melena posted a series of stories of the former Borussia Dortmund striker giving her relative a haircut, showing as much precision with a razor in hand as he does in front of goal.

Fellow striker Robert Lewandowski also preferred to show his dexterity as opposed to his brilliant skills with his feet.

The Polish marksman uploaded a photo of him building a series of figures with his child, with the hashtag #stayathome. 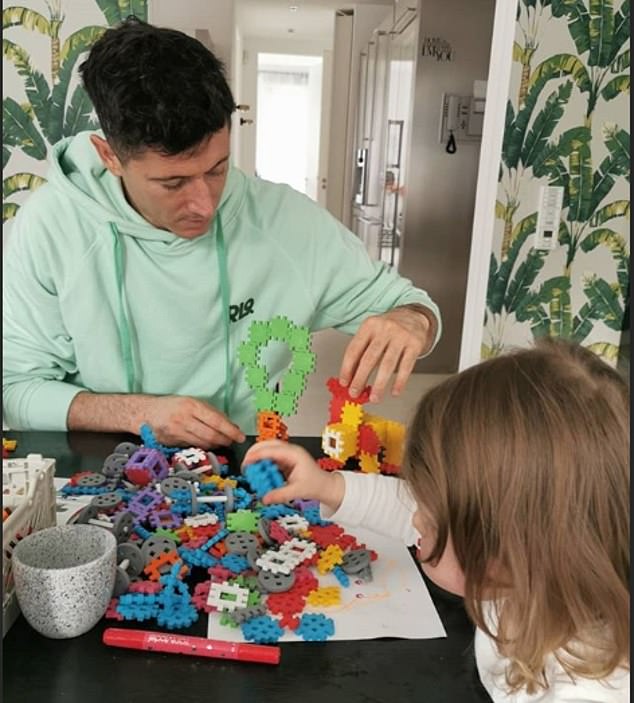 The Bayern Munich striker will soon have his hands even more full with partner Anna expecting their second child.

Ben Foster however appeared to completely ignore the guidelines put in place to stay at home.

Three Watford players had been tested for coronavirus, but the former England goalkeeper refused to be tied down to the restraints of self isolation. 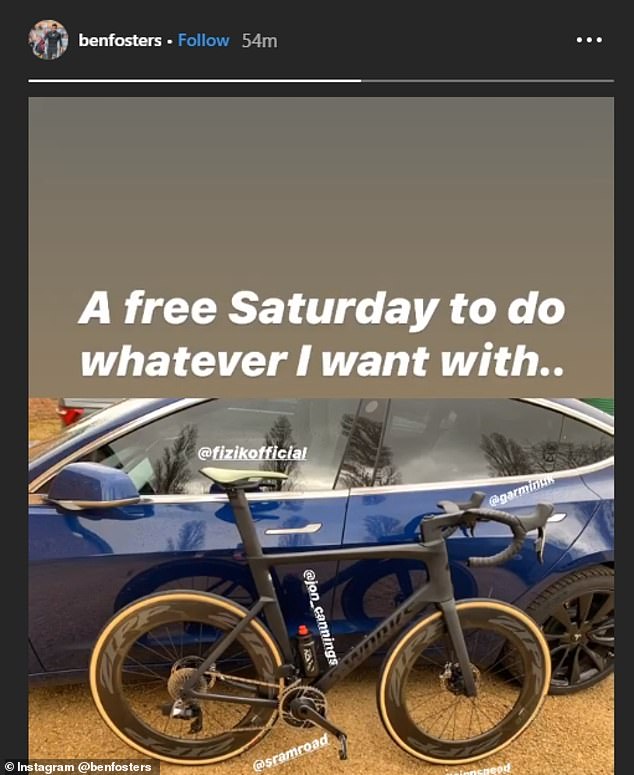 On his Instagram story, Foster captured a picture of his bike and a car and said: ‘ A free Saturday to do whatever I want with…’

Football of course is not the only sport to have been affected, with Formula One’s season-opening Melbourne Grand Prix – which was scheduled for Sunday – now off due to the pandemic.

But despite the cancellation, Lewis Hamilton – who was looking to begin his bid to match Michael Schumacher’s seven world titles this month – stuck around in the Australian city for some indoor rock climbing. 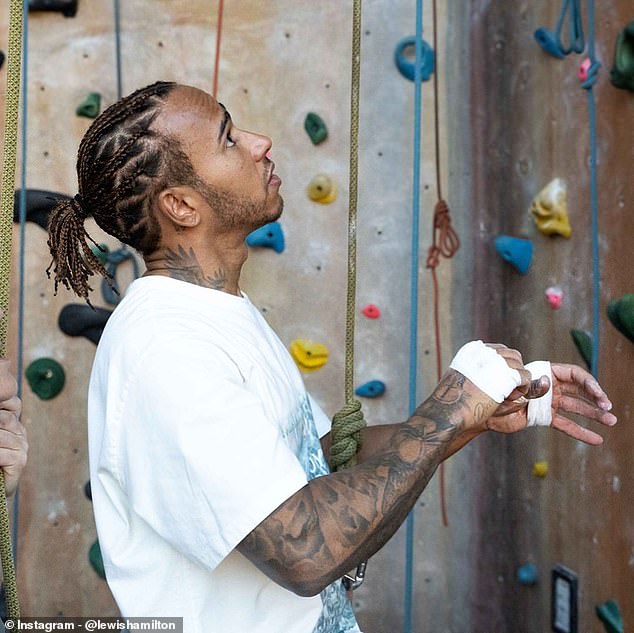 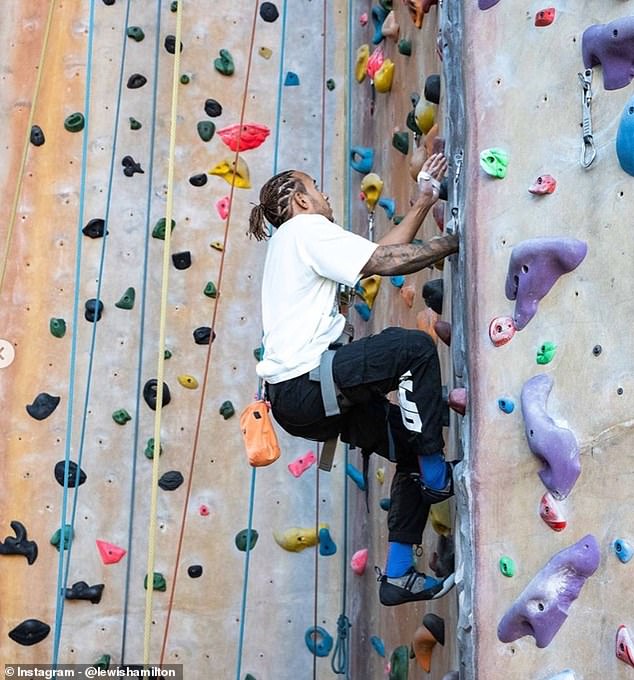 The 35-year-old posted on Instagram saying:  ‘Gutted to not be qualifying today. I decided to stick around Melbourne and go indoor rock climbing. It’s a great way for me to stay focused.

‘I just wanted to say thanks to all of you who have been sending me such positive messages. Hope you are all staying safe. Sending you all love and positivity’.

Others however preferred to use this weekend for some rest and kicked back with digital entertainment. 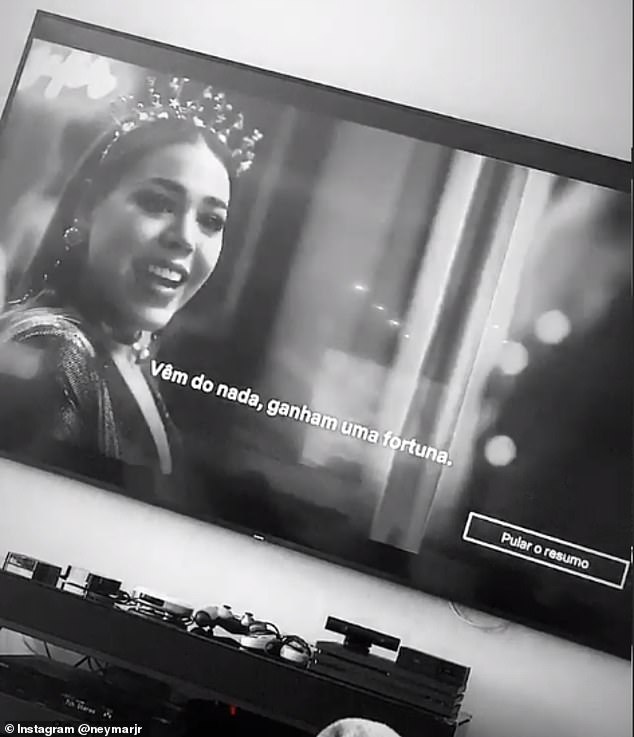 Paris Saint-Germain star Neymar inspired his side to victory over Borussia Dortmund in midweek.

But with no further football on the immediate horizon, the Brazilian kicked back to catch up on Spanish thriller Netflix series Elite.

And NBA star LeBron James was seen embracing the Tik Tok culture, with his children dancing with animated TV series American Dad playing in the background. 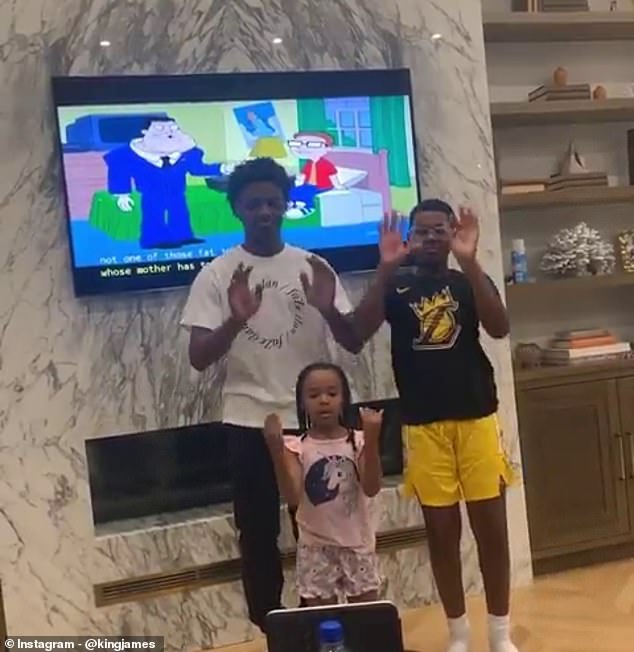 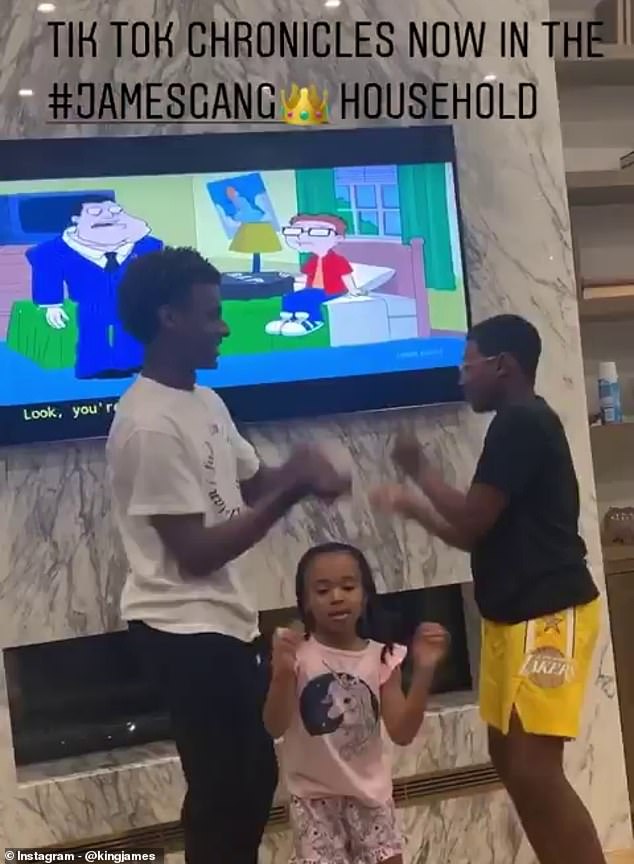 Neymar’s PSG teammate Ander Herrera however showed his mischievous side off the field this time.

The former Manchester United midfielder played on his partner Isabel Collado’s fear of snakes by putting a fake reptile on one of the chairs at his home.

Collado was grabbed giving Herrera a stern look before walking away as the Spaniard zoomed in on the centre of his prank. 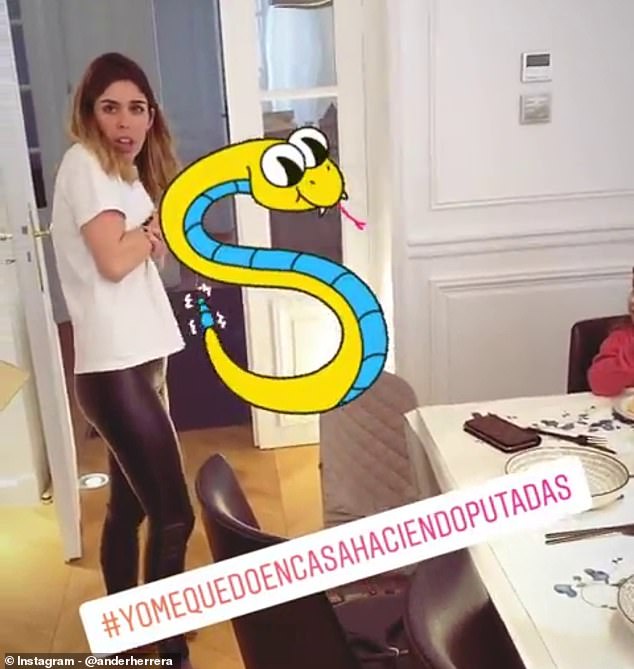 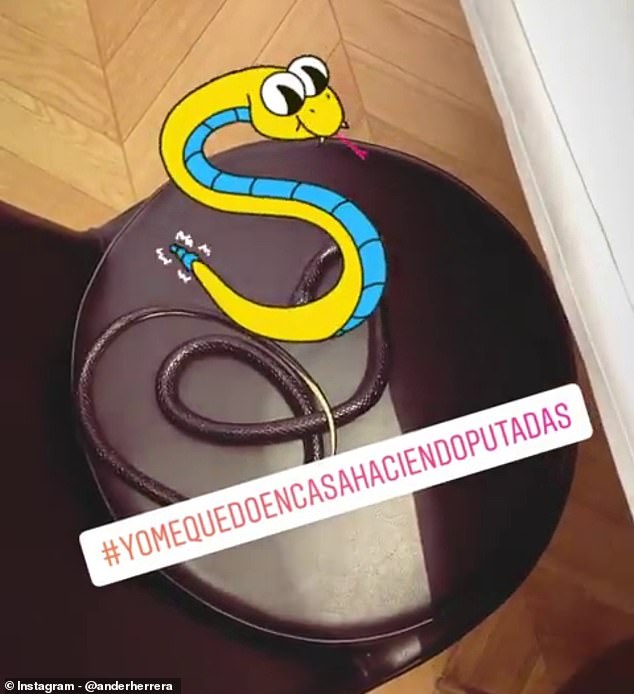