The Perfect Storm stars George Clooney as an intrepid fisherman who navigates his boat through a storm of deadly ferocity – a freakish confluence of weather fronts, gales and vast tides that defy all attempts at prediction, let alone control.

Today, our healthcare system is in the same perilous position as Clooney’s fragile boat in that film.

The coronavirus is highly contagious and, fanned by global connectivity, is infecting huge numbers of people.

It is fair to say that the outlook is bleak and that the risk to human life is serious. Yet the situation is not desperate.

We cannot allow attention to be diverted from already vulnerable patients because it seems politically expedient to prioritise the coronavirus. Then there is the temptation to take steps that might do more harm than good, writes Professor Karol Sikora

In fact, if we all behave sensibly, I believe the crisis will have passed by the end of June when, relieved it’s over, we might even be surprised at how quickly the virus seemed to melt away.

For this to happen, though, we must avoid another deadly force – and that is panic.

Because by over-reacting and distorting our priorities, we can do harm to the thousands of people already dependent on the health service, those whose chances of survival would be compromised or destroyed if their treatment were to be disrupted. This is why I support the steady approach taken by our Government so far.

Some suggest we should have taken drastic action early on – that schools should be closed, that borders should be shut, that we should all be confined indoors. But after a lifetime in medicine, I’ve seen many crises come and go and I know that wrong-headed intervention can cause as much damage as the problems it is supposed to cure.

Let me be blunt: if we rush to ‘act’ for the sake of being seen to act, we are certain to condemn vulnerable people to a premature death.

This is not to underestimate the gravity of the situation.

While for most people, this will be a minor illness – no worse than a bad cold – there will be many others for whom it is serious.

Coronavirus is a tiny, streamlined machine, which engulfs the cells deep in the tiny air sacs of the lung, hijacks their command and control mechanisms, kills them and spews out more infectious virus. Different people respond in different ways. 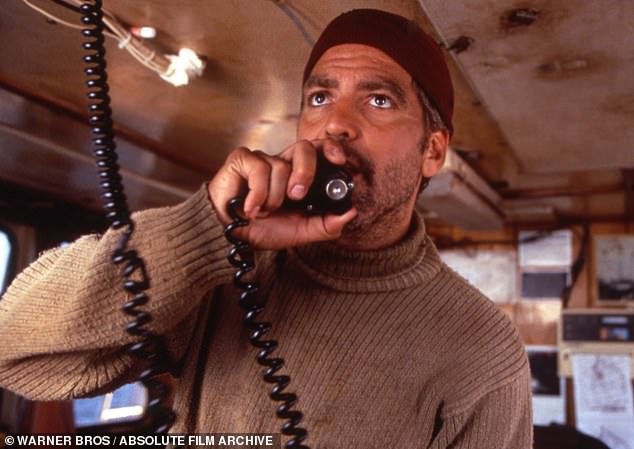 The Perfect Storm stars George Clooney as an intrepid fisherman who navigates his boat through a storm of deadly ferocity – a freakish confluence of weather fronts, gales and vast tides that defy all attempts at prediction, let alone control

Some, particularly those with lung or heart issues, will become breathless. Some might also get secondary pneumonia and go on to develop multiple organ failure in the kidneys, liver and brain.

Yet others seem to be hardly affected. So far, only about one in 20 of those infected require some sort of medical support, with the rest recovering after a few days.

We’ve had a measured response in Britain and so far it has worked well. Emphasising self-isolation and social distancing, the official response has been a classic public health intervention aimed at delaying the rate of infection so that our health system is not overwhelmed.

Yet nobody can offer the assurances people really want, and the imagery from around the world is powerful: patients lying on trolleys; medical staff in cumbersome protective clothing; soldiers patrolling the streets; and legally enforced, profound changes to the lives of whole populations.

Fear, too, is contagious, however, and there is a danger that by talking up the crisis, our healthcare systems become inundated to the point of collapse.

How, for example, should we protect the routine care of patients with cancer and cardiac diseases – twin scourges of the 21st Century?

The NHS has always worked at capacity, with six-month waits frequent over winter, which is why we often see delays and rationing.

We cannot allow attention to be diverted from already vulnerable patients because it seems politically expedient to prioritise the coronavirus. 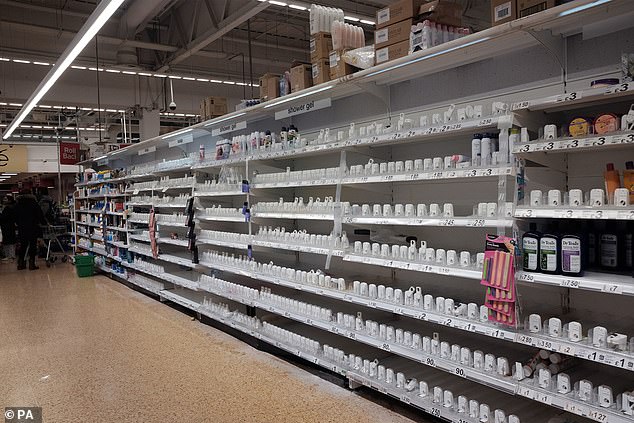 In fact, if we all behave sensibly, I believe the crisis will have passed by the end of June when, relieved it’s over, we might even be surprised at how quickly the virus seemed to melt away. Empty shelves are pictured above at an Asda store

Then there is the temptation to take steps that might do more harm than good. The science is not exact.

Do we really want to confine everyone at home, where the risk of contagion is known to be high? If we close schools, won’t that mean putting children in the hands of elderly relatives – the very people we are trying to protect?

And what about the consequence of closing down the economy and destroying jobs? That in itself is damaging to the health of people whose lives are turned upside down.

Trump’s decision to close America’s borders makes no scientific sense, even if it looks good to his voting base.

Health screening at borders is of doubtful value, too. It is easy to measure people’s temperatures using gadgets but it’s even easier to fool the technology with a couple of aspirin to suppress a fever.

How, then, to protect the vulnerable from the virus – the old and those with underlying conditions?

I believe we must return to an older, village mentality in which we take the time to look after each other, rich and poor, old and young.

Let’s pull together like close families and make sure that none of us is isolated, left to fight the virus alone.

We must take responsibility for ourselves and act as though we are infected already, taking special care to ensure we do not pass it on.

Fortunately, science and technology are on our side with excellent video-links already in place which allow routine follow-ups and even new patient consultations – avoiding the risk of transmission.

While it is true that young people are more confident with high-tech equipment, you’re never too old to learn.

My wife’s 90-year-old great aunt Toppie is a whizz at the internet in her care home. Computers can provide continuous monitoring of patients at risk and will call for help only when action is necessary. 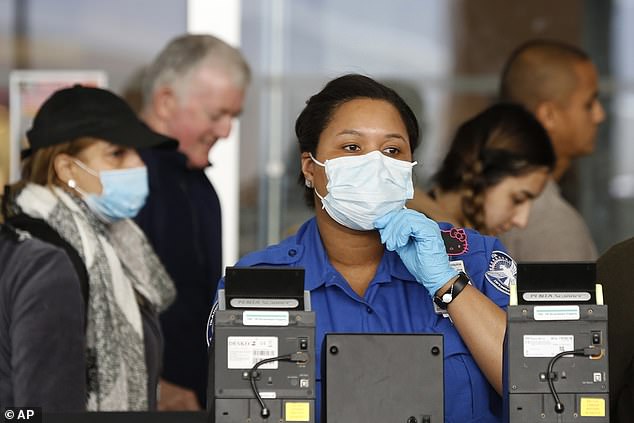 Health screening at borders is of doubtful value, too. It is easy to measure people’s temperatures using gadgets but it’s even easier to fool the technology with a couple of aspirin to suppress a fever

These and other developments could bring about major changes to the way our health service works in future. Innovation and discovery are Britain’s strengths and there is certainly no shortage of ideas.

There will soon be a vaccine. Existing drugs might prove useful also. Hospital pharmacies already store cancer treatments that might block the virus getting into cells and suppress the inflammation.

Medical and scientific publishers have seen a surge of new papers from China and Korea that are helping doctors all over the world to deal with the problem. All have been made freely available on the internet – a fantastic response.

Another obvious step forward is to use the spare capacity in the independent sector (which already treats NHS patients under contract).

In my field, cancer care, there are more than 20 private clinics that could easily help.

Despite what you see on rolling 24-hour news, there are good reasons to be optimistic, and not just because spring is here.

We will get out of this together and reach the safe harbour on the other side of the storm.

Above all, we must not be consumed with fear – as that is the most deadly enemy of all.