Nearly everyone across the world will be battling a case of cabin fever, at one time or another, during on-going home quarantine measures in place due to the growing coronavirus pandemic.

And on Saturday Kristen Stewart did her best to stave off the stress of the global crisis by going out on a hike with friends, which also included a few relaxing moments at a park, in the Los Feliz neighborhood of Los Angeles.

In keeping with recommendations from health experts, the group enjoyed their day of fun in the sun by adhering to social distancing.

Fresh air moment: Kristen Stewart did her best to stave off a case of cabin fever by going for a hike with friends in the Los Feliz neighborhood of Los Angeles on Saturday

The Charlie’s Angels star, 29, kept it sporty in the fashion department in black sweatpants, a black hoodie and black sneakers.

Wanting some sense of anonymity, she also donned dark sunglasses and wore the hood over her short dyed blonde tresses.

After the hike, Stewart sat down on an open field at the park and rested with her pals, all while staying a safe distance from each other as a precaution.

Both of her two friends also opted for casual wear as they stretched out on the green grass, chatting and laughing. 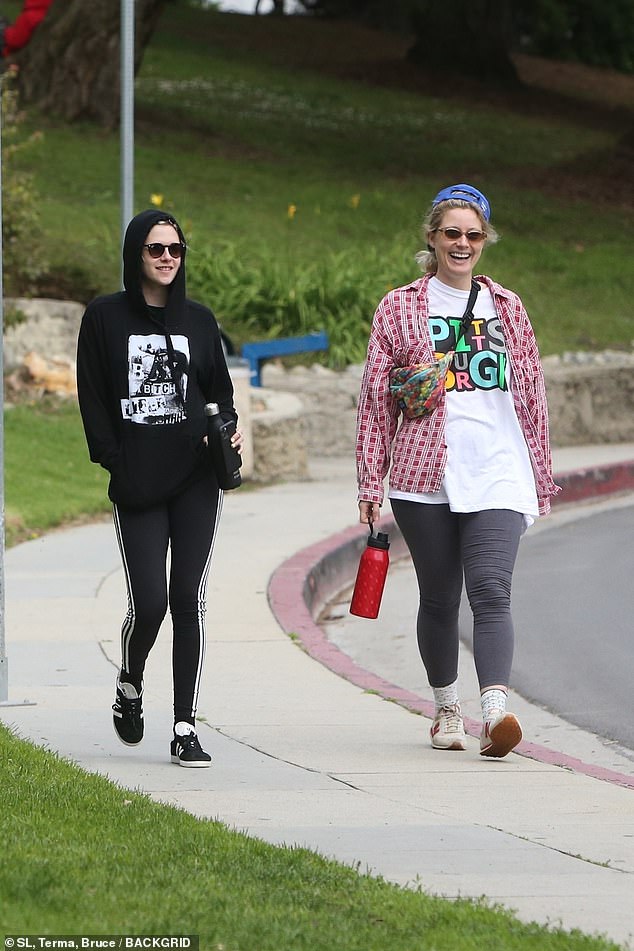 Having a laugh: The Charlie’s Angels star, 29, met up with a couple of friends 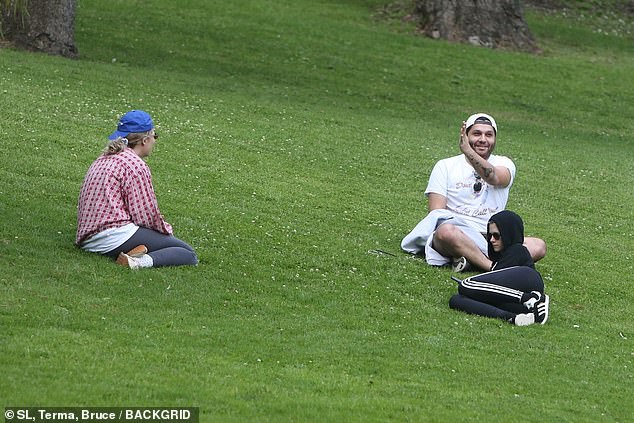 Catching up: At one point the group relaxed on the grass at a park that was nearly deserted, all while adhering to social distancing

For the most part, the park was virtually deserted; there was almost no one there soaking in one of the first sunny days in the LA region over the last week or so.

And the string of gloomy and rainy weather came just as the COVID-19 outbreak was escalated to a pandemic.

Stewart just wrapped shooting for the upcoming romantic comedy film, Happiest Season, at the end of February, which was a couple of weeks before the heightened COVID-19 precautions went into effect.

The film, co-starring Mackenzie Davis, Mary Steenburgen, Alison Brie and Victor Garber, is currently slated to premiere November 25, 2020, but that too could change, like many other Hollywood projects, in light of the effort to stamp out the virus. 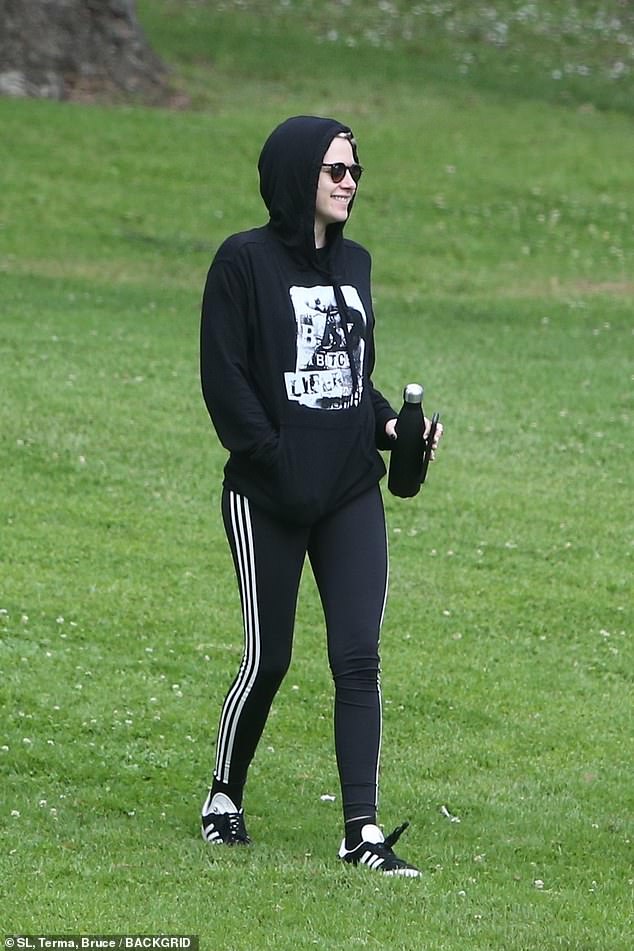 Here comes the sun: This was the first consistently sunny day in the LA region in about a week 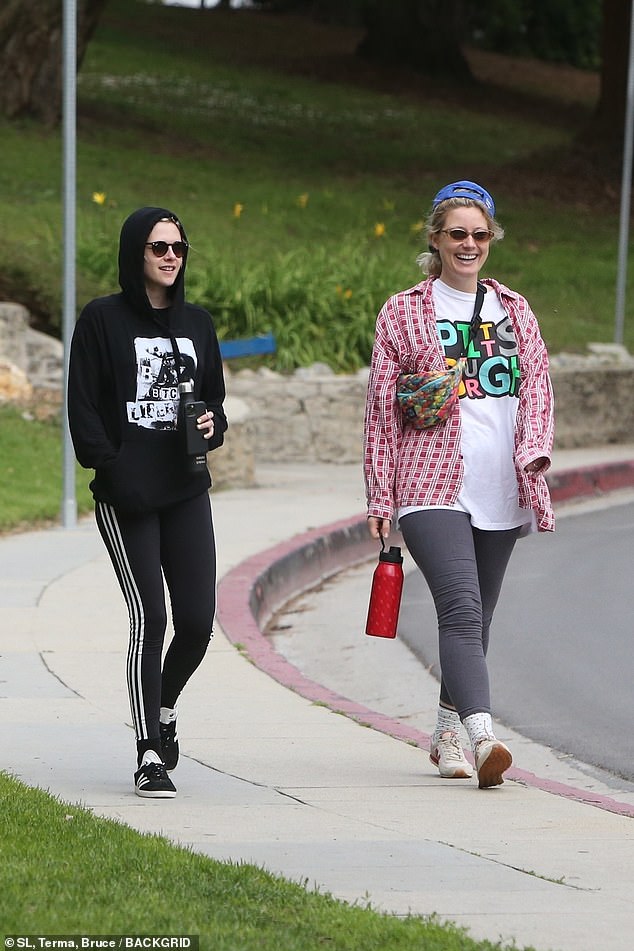 Easy does it: Stewart’s friends also opted for casual wear for their afternoon jaunt