Coronavirus? Asterix has already got it beaten! As the illustrator and writer of France’s pint-sized cartoon hero dies 43 years after his co-creator, fans around the world share the Gaulish warrior’s recent battle… with a foe named Coronavirus

By Christopher Stevens for the Daily Mail

Asterix the Gaul is taking on his most formidable enemy ever… Coronavirus.

One name seems especially prophetic – masked charioteer Coronavirus, who has the whole crowd egging him on.

Pint-sized French hero Asterix and his giant best friend Obelix are taking part in a race across Italy, and Julius Caesar wants Coronavirus to win. 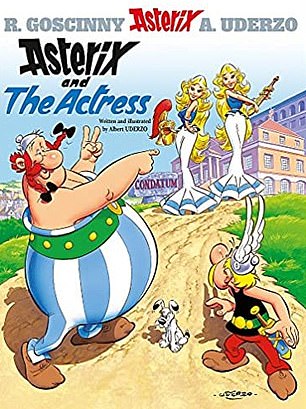 Albert Uderzo (pictured left with wife Ada Milani in 2014, and right in the Nineties), the French illustrator who along with writer Rene Goscinny created comic Asterix and Obelix in 1959, has died at his home near Paris aged 92

The thought that a children’s book could have predicted the plague current ravaging the globe is creepy. In fact, there were coronaviruses long before Covid-19.

It’s a general name for a family of viruses which include the common cold, so named because under a microscope the bug appears to have a corona or spiky crown.

Still, the idea of a packed stadium chanting ‘Coronavirus’ seems heavily ironic today. The genius who created Asterix died from a heart attack in his sleep at his home in Neuilly-surSeine, France.

His family said his death was not brought on by coronavirus. Uderzo and his writing partner Rene Goscinny insisted their stories were never topical or satirical.

But the truth is that the books about Asterix, who drinks a magic potion to give him superstrength, and his pals who defied the Roman invaders 2,000 years ago – chief Vitalstatistix, druid Getafix , tone-deaf bard Cacofonix and the rest – were packed with injokes about modern life, with references to politicians and send-ups of pop culture.

Asterix In Britain, from 1966, saw the Gauls rescue their friends across the water from Roman invasion. 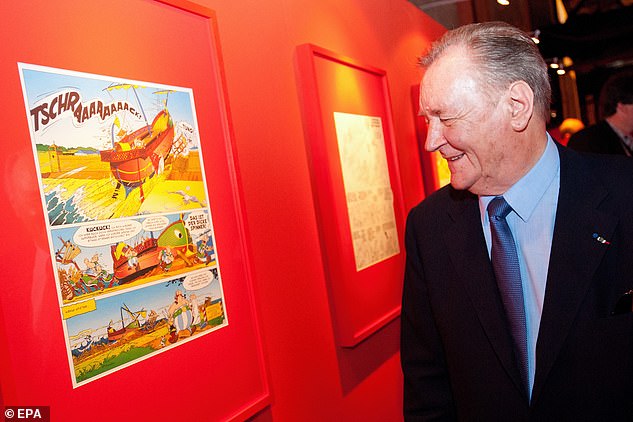 Udzero stopped drawing the comic in 2011, picking up his crayons just once more to draw the Gallic pair in a memorial for Charlie Hebdo illustrators killed in the 2015 terror attack

The English couldn’t do it themselves, because Caesar always attacked during their tea-breaks.

Born in northern France to Italian parents in 1927, Uderzo was colour blind and used stickers to help him identify different shades.

Yet every picture he drew was a miniature masterpiece – so much so that in 2017 one of the original drawings sold at auction for 1.4million euros (about £1.25million).

He first drew his hero with the winged helmet while sitting on the balcony of his Parisian apartment in 1957, sipping an aperitif.

He later claimed that he and his friend Goscinny were just trying to come up with a children’s story that hadn’t been done before.

Goscinny insisted their central character had to be short, a cunning warrior no bigger than a child. Uderzo agreed, but said this warrior must have a big nose… because he liked drawing big noses.

Asterix was born – along with the punning names that are the essence of the books’ genius.

Goscinny died in 1977 after 22 books but Uderzo did nearly 20 more in collaboration with his daughter Sylvie, before handing over to artist Didier Conrad and writer Jean Yves-Fers in 2011. It was they who drew the Coronavirus story. 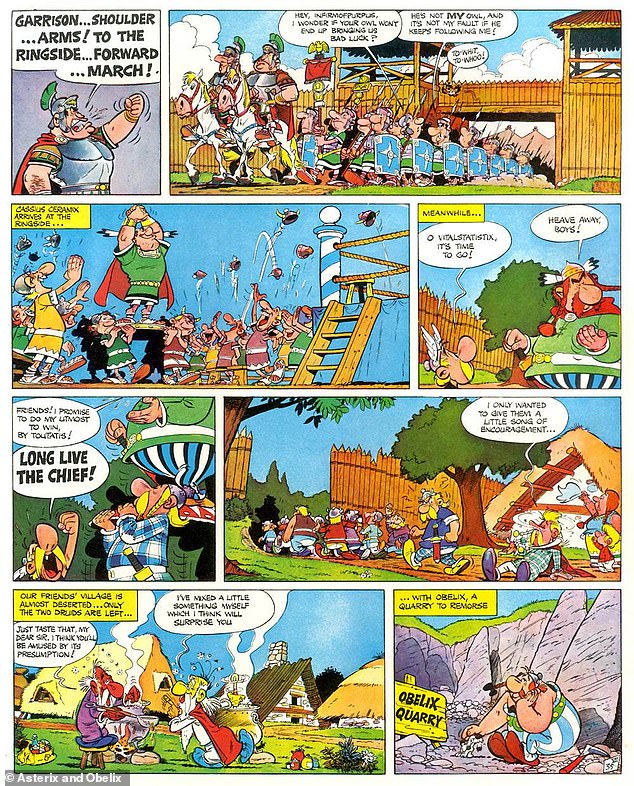