Giuseppe Berardelli, 72, from Casigno in Italy’s hardest-hit Lombardy region, died of coronavirus after giving up his respirator to a younger patient

An Italian priest died of coronavirus after giving up a respirator that his parishioners bought for him to a younger patient, it has been revealed.

Giuseppe Berardelli, 72, from Casigno in Italy’s hardest-hit Lombardy region, died in a local hospital in recent days after being diagnosed with the virus.

Berardelli had been given a respirator – which are in desperately short supply – by parishioners concerned about his heath but decided to give it to a younger patient who he didn’t know but was struggling to breathe because of the virus.

The exact age and condition of that patient is not known, but younger patients who are able to access respirators have a much greater chance of survival.

The extraordinary case was revealed by Jesuit priest James Martin, from the US, who is also a consult to the Vatican’s Secretariat for Communications.

Berardelli – a well-liked priest who had underlying health conditions – was remembered for his charity and his love of motorcycles.

‘He is a “Martyr of Charity,” a saint like St. Maximilian Kolbe, who in Auschwitz volunteered to take the place of a condemned man with a family, and was killed. 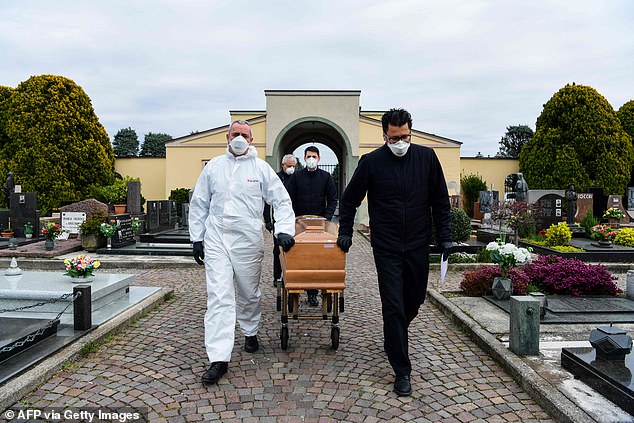 Lombardy is at the centre of Italy’s coronavirus crisis, reporting more than 300 deaths yesterday and accounting for almost half of the nation’s total (pictured, pallbearers take the coffin of a victim for burial in a cemetery in Lombardy)

James Martin, a Jesuit priest from America and a Vatican consult, revealed news of Berardelli’s death on Twitter – praising him as a ‘Martyr of Charity’ 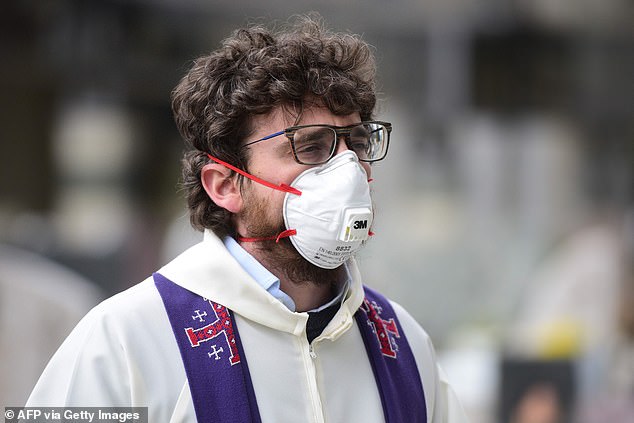 At least 60 priests have died in Italy after contracting coronavirus, which now has more than double the number of deaths as China

‘Don Giuseppe Berardelli, patron of those who suffer from coronavirus and all who care for them, pray for us!’

Berardelli is among at least 60 priest in Italy who have died from coronavirus after the Pope called on them to ‘have courage’ to attend the sick.

Some 5,476 people have died after testing positive for coronavirus across the nation, with more than 59,000 cases of the virus confirmed.

Among the dead are at least 60 priests, the majority of whom were over the age of 70, the Catholic Herald reported.

During a Mass in early March, Pope Francis, 83, called on Italian priests to ‘have courage to go out to the sick’ amid the rapidly growing pandemic.

‘We pray to God also for our priests, so they have courage to go out to the sick, bringing the strength of the Word of God and the Eucharist,’ he said.

‘To accompany the medical workers and volunteers in the work they are doing.’

The names of 51 diocesan priests who passed away after contracting coronavirus were published by the Avvenire newspaper on Sunday.

The publication also noted that a further nine deaths had been reported in religious communities across Italy.

Some of these priests had underlying health conditions, it was said, and the youngest to die was 53-year-old Paolo Camminati – the parish priest of Our Lady of Lourdes in Piacenza.

Five further priests who tested positive for COVID-19 have also reportedly passed away in the same city. 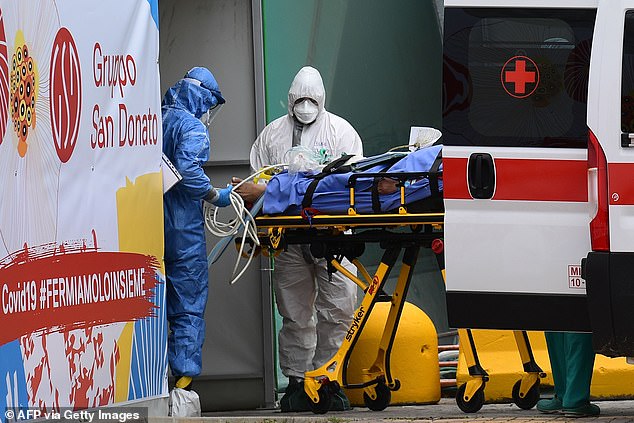 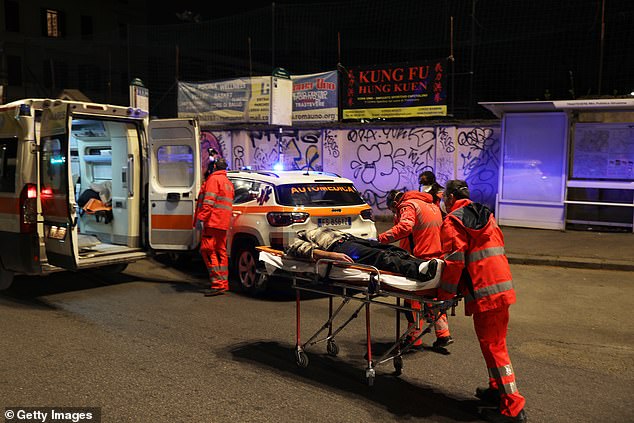 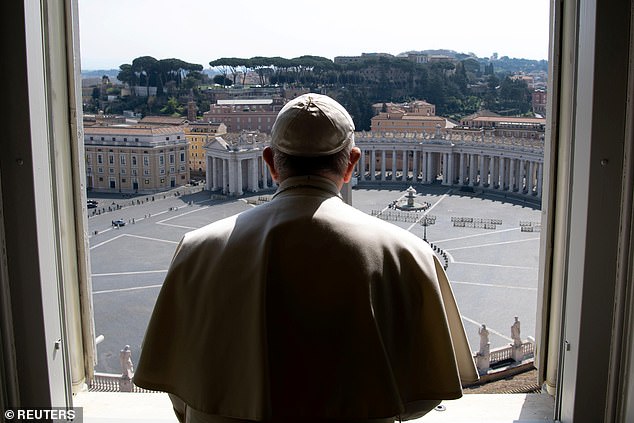 At least 60 priests have died in Italy amid the country’s coronavirus pandemic as the Pope called on them to ‘have courage’ to attend the sick (Pictured: Pope Francis)

‘It is a tough trial. We are dismayed. We feel great suffering,’ Bishop Gianni Ambrosio of Piacenza-Bobbio said.

‘It is a darkness that we must face, but with the hope that God never abandons us, that he himself has gone through all the suffering to overcome it.’

Bergamo, in northern Italy, has been hit hardest by the virus with reports of 20 diocesan priests passing away, Aleteia reported.

It was also said 17 more from the area had been taken to hospital with two in intensive care after being diagnosed with the deadly COVID-19.

‘It is painful to see the priests fall sick,’ Enrico Salmi, the bishop of Parma, said. ‘Sometimes it happens [to them] out of pastoral zeal. They enter the intensive care unit where, naturally, no one is supposed to go.’