BBC boss Tony Hall told staff today that he is suspending controversial plans to cut jobs in BBC News because of the demands of covering the coronavirus pandemic.

The BBC had announced a cull of 450 jobs from Newsnight, 5Live and other news output in cost-cutting plans and an effort to reach younger audiences in January.

Staff had been left reeling at the scale of the cutbacks, which were set to see around one in 13 roles go as part of an £80million savings programme. 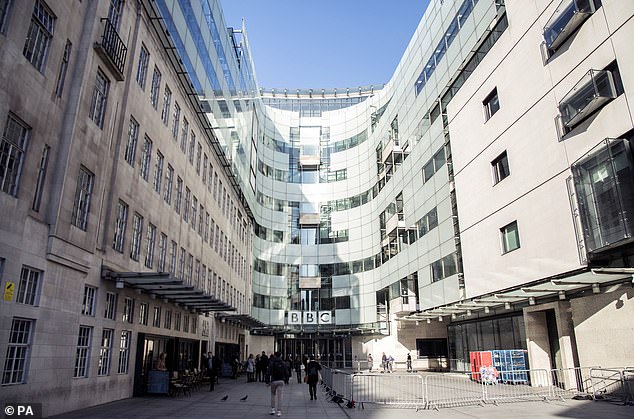 BBC Broadcasting House in London is pictured in January. The BBC had announced cuts to Newsnight, 5Live and other news output as part of cost-cutting plans

But Lord Hall has now told staff that the proposals will be suspended as the BBC deals with reporting on one of the biggest news events since the Second World War.

The broadcaster’s director-general told staff about the decision during an all-staff call. A BBC spokesman that the restructure had been paused.

Its focus is now keeping a continuous news service on-air amid the challenges caused by the pandemic.

At a presentation of the cuts by BBC management in January, presenter Victoria Derbyshire had challenged bosses about the way they had handled the decision.

Earlier this month Lord Hall defended axing her show, saying it was watched mainly by old men and viewing figures of 300,000 did not justify its cost of £3million a year. 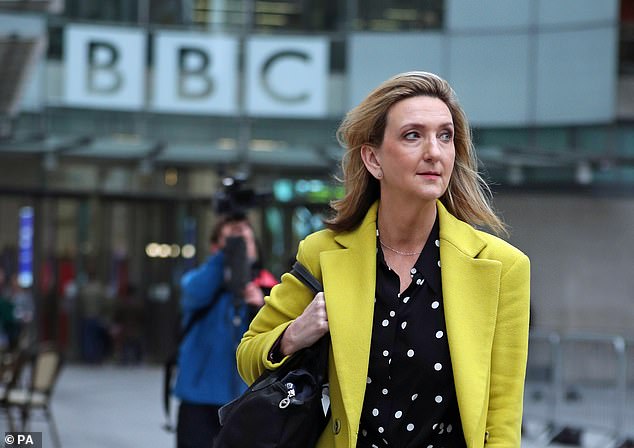 At a presentation of the cuts by BBC management in January, presenter Victoria Derbyshire  (above, on January 23) had challenged bosses about the way they had handled the decision 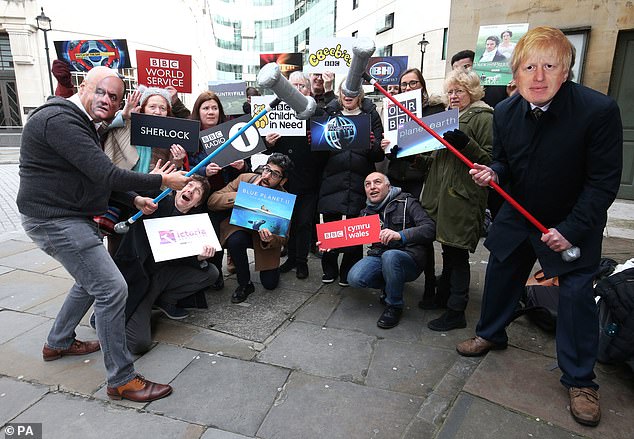 Newsnight was among the programmes due to bear the brunt of the cuts, along with radio stations Radio 5 Live and the World Service, which were set to lose 50 roles.

The UK’s public service broadcasters have called on the Government to ‘work with them’ to help support freelance workers in the broadcasting industry amid the Covid-19 outbreak.

‘The public service broadcasters conclude by offering to work with the Government to ‘help you identify a package of measures that would provide for a level of income protection and access to statutory sick pay for the freelance community in our industry as a matter of urgency’.’

The BBC, which has about 6,000 news staff, was set to cover fewer stories and plough more money into its online output following the job cuts.

When the cuts were revealed, unions warned of an ‘existential threat’ to the BBC and insiders hinted that compulsory redundancies could lead to potential strike action.

In 2016, the BBC said it needed to save £800million a year from its annual licence fee revenue of £3.7billion, with about £80million coming from the news department.

The job losses had been expected to happen between January and 2022 with some happening more immediately than others.

Today’s suspension comes after the BBC delayed the introduction of means-testing of the licence fee for over-75s because of the pandemic.

A review of the number of BBC presenters ‘and how they work’ was also being launched as part of plans to ‘modernise its newsroom’.

The announcement also comes as local newspapers are affected by the pandemic.

Newsquest is placing a ‘significant number’ of its staff on furlough while wage cuts will be introduced for remaining staff to ‘minimise wider job losses’.

The corporation said, in January, that it wanted to ‘reduce duplication’ while making savings of £80 million, citing the last licence fee settlement.

BBC chief Lord Hall is preparing to step down after seven years in the role.

Runner completes a MARATHON in his own back garden so his...