The singer-songwriter, 71, told Rolling Stone Tuesday that he’s recovering at his Los Angeles and doesn’t need further medical treatment at this time.

‘My symptoms are really pretty mild, so I don’t require any kind of medication and certainly not hospitalization or anything like that,’ Browne told the outlet.

The latest: Jackson Browne, 71, has tested positive for COVID-19. The singer-songwriter told Rolling Stone Tuesday that he’s recovering at his Los Angeles and doesn’t need further medical treatment at this time. He was snapped in Laguna Beach, California in 2019

The Rock and Roll Hall of Famer stressed social distancing in speaking with the publication, as medical officials advise people to stay at home and quarantine in an effort to quell the spread of the pandemic.

‘So many people that have it aren’t going to be tested,’ said the Somebody’s Baby singer. ‘They don’t have symptoms, but they might have it and might be able to pass it on.

‘That’s what younger readers need to understand: They need to take part in the global response to stop the spread. That means not going anywhere, not getting into contact with anybody, not seeing anybody.’

Browne said he believed he could have caught the virus earlier this month, as he embarked on on a cross-country flight to attend the Love Rocks benefit show in New York City on March 12. (Organizers had ‘under a restricted attendance policy’ of core artist personnel, event staff, essential team staff, credentialed media and immediate family.’) 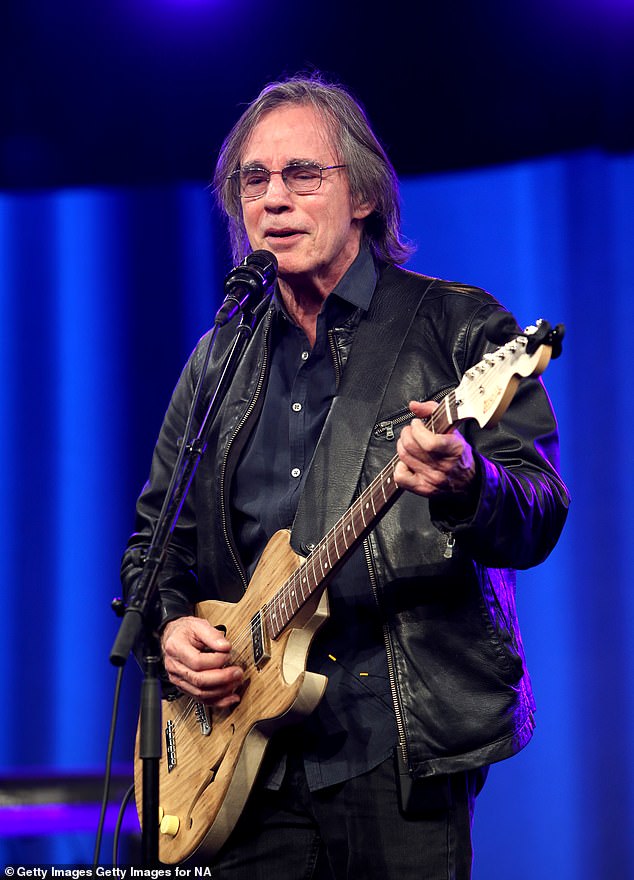 Cautious: The Rock and Roll Hall of Famer stressed social distancing in speaking with the publication. He was snapped in 2018 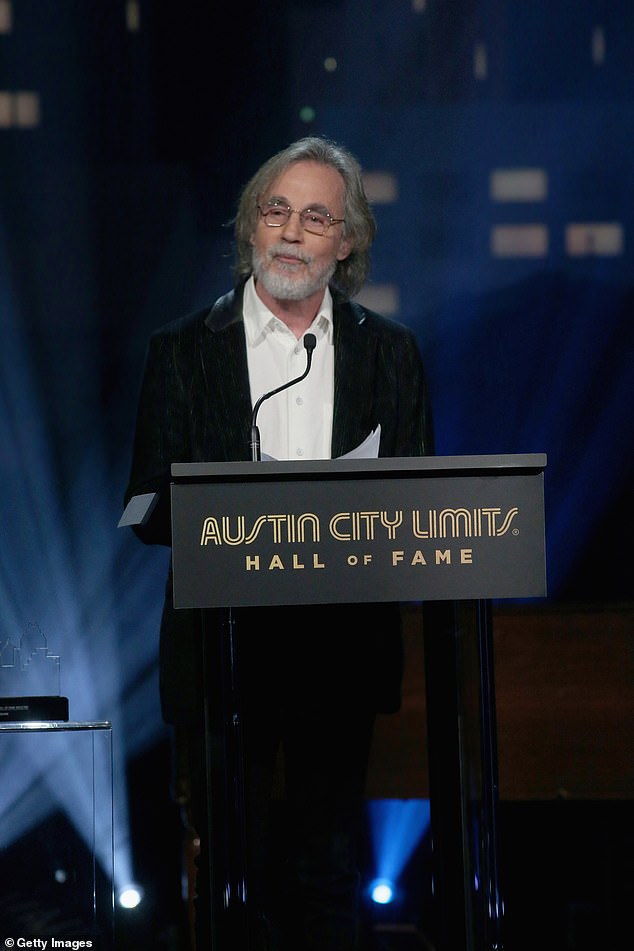 ‘I’m presuming I got this flying back and forth to New York to do [the] Love Rocks show at the Beacon,’ Browne said. ‘And now it turns out that several people who were at that show have tested positive. I’m going to try and get in touch with everybody and keep talking with them.

He continued: ‘Now, I wish I hadn’t gone to New York and done this benefit. I think to myself, “How much simpler would it have been had I just called in and said, “No, I’m not going to travel on a cross-country flight and spend two days in New York with all these people that are singing all over the country.”‘

He said that he feels luck that he’s ‘not really badly affected’ and assumes he has ‘a really strong immune system.’ 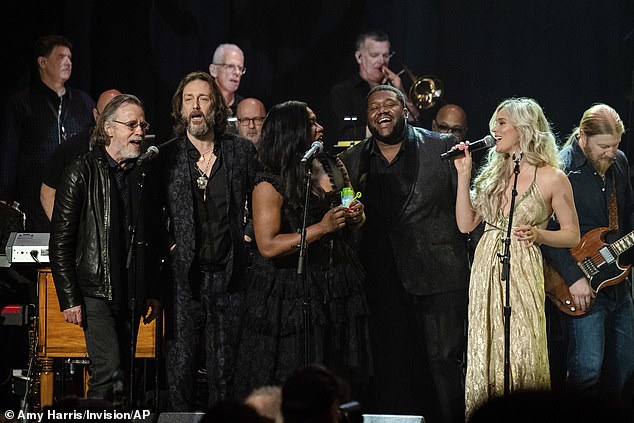 A look back: (L-R) Jackson Browne, Chris Robinson, Tanya Blount-Trotter, Michael Trotter Jr., Joss Stone and Derek Trucks performed at Love Rocks March 12 in NYC; Browne said he believed he could have caught the virus earlier this month either on the flights or at the show 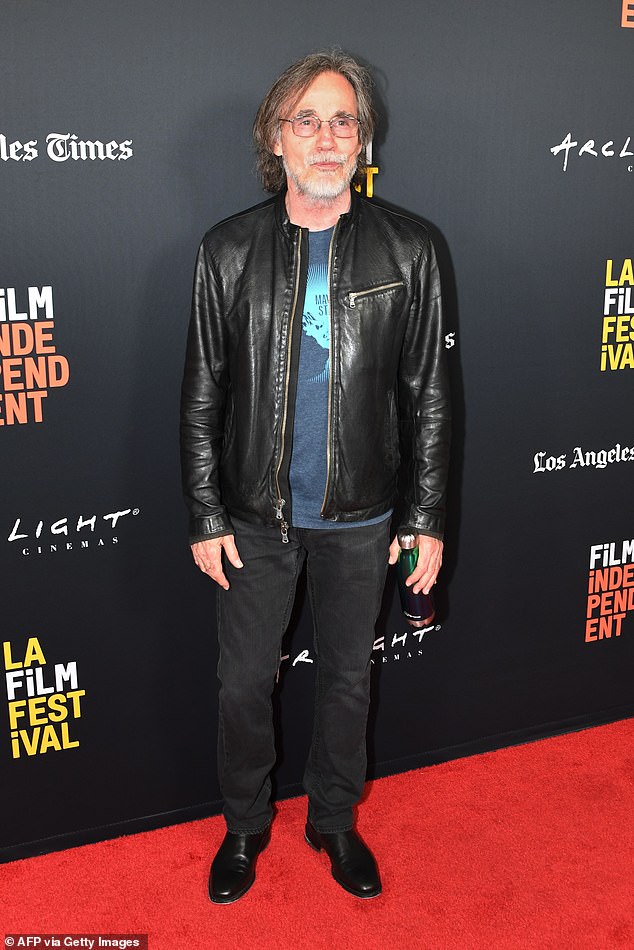 Good advice: Browne, pictured in 2018 in LA, said that ‘the one thing you can do is not go anywhere, not show up anywhere’

The singer cautioned fans, ‘There’s so much we don’t know. The one thing you can do is not go anywhere, not show up anywhere.’

The massive impact of coronavirus has touched a number of celebrities, as Hollywood stars such as Tom Hanks, Rita Wilson and Idris Elba have all confirmed they have tested positive.

In the world of music, rapper Slim Thug, Bon Jovi keyboardist David Bryan and opera singer Placido Domingo are among the names to reveal they have tested positive.

As of Tuesday, the death total for COVID-19 – declared a public health emergency by World Health Organization – had soared to 709 people in the U.S., The COVID Tracking Project reported, with 52,192 total positive diagnoses.