By Michael Thomsen For Dailymail.com

NASCAR has responded to the COVID-19 pandemic by transitioning from real to virtual race cars.

The stock-car racing organization aired its first virtual racing event, the eNASCAR iRacing Pro Invitational Series, on March 22 and brought in an audience of 903,000, the highest rated esports event of all-time.

The event took place in a digital version of the Homestead-Miami Speedway using the simulation game iRacing, and was won by Denny Hamlin.

After shutting down al live events due to the COVID-19 outbreak, NASCAR held a virtual race using the simulation game iRacing and aired the event live on Fox Sports 1

The previous ratings high for esports was set in 2016 by CW’s MK: Chasing the Cup, a tournament featuring the fighting game Mortal Kombat that aired opposite The Grammys and drew 770,000 viewers.

‘This rapid-fire collaboration between FOX Sports, NASCAR and iRacing obviously has resonated with race fans, gamers and television viewers across the country in a very positive way,’ Fox Sports’s Brad Zager said in a prepared statement.

‘We have learned so much in a relatively short period of time, and we are excited to expand coverage of this brand-new NASCAR esports series to an even wider audience.’

In addition to breaking esports records, the race was also a hit for Fox Sports 1, which saw its biggest ratings in two weeks.

The event was also the most talked about sporting event on social media for the day, something that was driven by many of NASCAR’s drivers livestreaming themselves over Twitch.

‘That’s a really good opportunity where you kind of create a little bit of something for everyone and where you can certainly tune into the broadcast to see everything, but you can also tune into some of those channels like Twitch that gives you an opportunity to maybe reach an audience that maybe isn’t watching on television,’ NASCAR’s Tim Clark told NBC Sports.

NASCAR will continue airing virtual race events throughout its season, and has another scheduled for March 29, which will take place in a digital version of the Texas Motor Speedway.

The transition from real car to video game car hasn’t been easy for many of the drivers, with some drivers having only an hour to experiment with iRacing before starting the race. 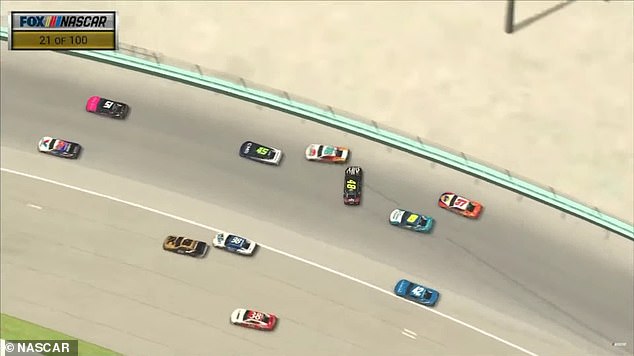 The eNASCAR iRacing Pro Invitational Series drew an audience of 903,000 viewers, a new record for an esports event, besting a record previously held by a Mortal Kombat tournament that aired on the CW in 2016 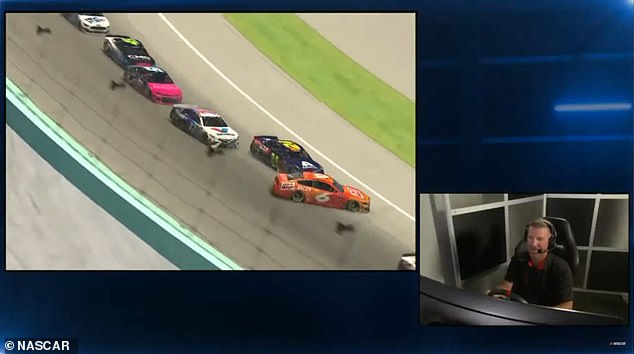 NASCAR’s first esports event brought a steep learning curve for many drivers, some of whom had as little as an hour to try and learn how to play iRacing before the race started

‘People don’t realize how we threw a lot of those guys directly into the fire with this because some of them just haven’t been using the software or have never used the software,’ iRacing’s Steve Myers said.

As the drivers become more acclimated to the quirks of the game, Clark expects the broadcast to more closely resemble a real race.

‘The more that people see it and more that people buy into the fact of, “Hey I’m going to suspend belief for two hours and just enjoy watching racing,’ I think from that aspect it will grow,”‘ he said.

Esports are competitive video games. Many of the most popular video games have a multiplayer aspect, and people now compete in leagues and tournaments for ever-increasing prize money.

The most popular esports include the likes of Fortnite, League of Legends, Dota 2, and Counter-Strike, where players regularly compete for millions in prizes, in front of millions of viewers.

Being a professional esports player is a full-time job, as they have strict training regimes, practice schedules, and often have to travel large distances to play in tournaments.

Esports pros tend to have short-lived careers, even when compared to traditional sports, because reaction times are so important. Most players have retired by their mid to late-20s.

The top teams in the world are valued at hundreds of millions of dollars, and rake in sponsorship deals from big name brands.