UK Government is spending a fraction of its pledged tree planting budget in England with 37p spent per person compared with £9.23 in Scotland

By Colin Fernadez For The Daily Mail

The government is spending just 37p per person on planting new trees in England, a new study found – just a fraction of the £9.23 spent in Scotland.

Analysis of government figures by Friends of the Earth found that £20.5million was spent on woodland grants in England in 2018/2019.

This is less than half the £50.2million spent by the government on woodland grants in Scotland – which has a much smaller population than England.

Campaigners said that greater funding was needed for new trees in English counties as the two countries are already very unequal in tree cover – with Scotland comprising 19 per cent of woodland, compared to just 10 per cent in England.

Analysis of government figures by Friends of the Earth found that £20.5million was spent on woodland grants in England in 2018/2019

The Daily Mail, with The Be a Tree Angel campaign run with the Tree Council has called for much greater investment in tree planting across the UK.

The campaign has raised more than half a million pounds through business donors to plant orchards in schools.

The Be a Tree Angel campaign has also raised funds from readers to plant more than 100,000 trees across the country.

Campaigners point out that the budget commitment to plant 30,000 hectares of trees in England over the next 5 years, is just 6,000 hectares per year.

This is only 20 per cent of the government’s manifesto commitment.

The government pledged to ‘reach an additional 75,000 acres [30,000 hectares] of trees a year by the end of the next Parliament’.

The group said this would leave Scotland, Northern Ireland and Wales to grow 80 per cent of all the new trees pledged for the country as a whole. 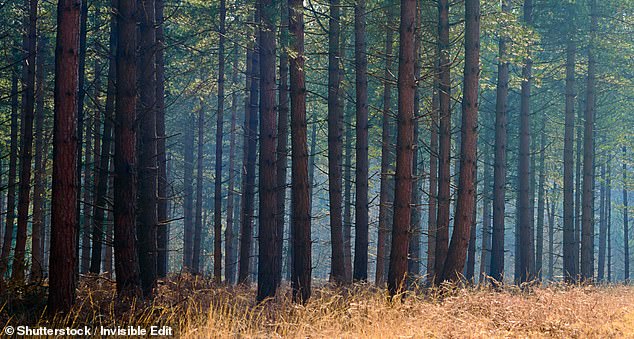 The government pledged to ‘reach an additional 75,000 acres [30,000 hectares] of trees a year by the end of the next Parliament’

‘It’s failing to do nearly enough in England, while leaving Scotland to do the heavy lifting,’ Gross told the Daily Mail.

‘Growing more trees is a key part of fighting the climate crisis, so the government really needs to step up.

‘At the moment it stands to miss even its own meagre manifesto commitment on trees.

‘The upcoming English Tree Strategy is a big opportunity to turn this around so must focus on boosting spending on trees in England.

‘We know that England has the land to double tree cover, it’s just the political will that’s lacking.’