An image of a Nazi Panzer commander having champagne and caviar with two captured RAF pilots has been colourised for the first time.

Hauptmann von Luck is shown sitting at the table in Fecamp, Normandy, next to Sergeants Edward Rodgers and Cyril Bartlam.

The pair were captured in June 1940 after their Blenheim bomber of 40 squadron was shot down as naval warships oversaw the evacuation of British troops from the town. 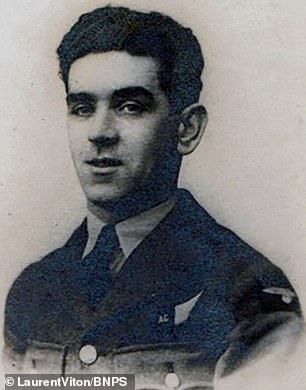 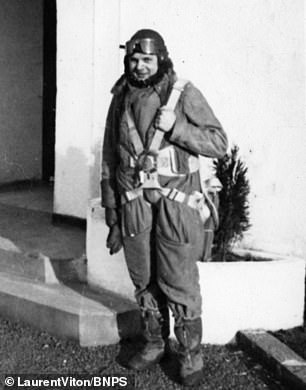 Sgts Rodgers (left) and Bartlam (right) remained in custody for five more years. Sgt Rodgers was in the ‘Long March’ across Poland and Germany when PoWs were moved due to advancing Soviet troops

The stunning picture shows the German commander giving his prisoners the rewards of Nazi-occupied France at a smartly decorated table in a cafe or restaurant.

In front of them are two bottles of French champagne, small plates filled with caviar from a large tin and a vase of flowers.

Von Luck is shown talking to a German colleague known to be a close associate of legendary tank commander Erwin Rommel.

In his memoirs, Von Luck writes: ‘”You are in luck”, I greeted them. “You’ll be staying with me for the time being”.

‘Sitting together at the festive table that evening were the officers of my battalion, the successful leader of the 88mm battery, a German U-Boat Officer and the crew of a British bomber, besides the mayor of Fecamp.’

The German officer had been freed by von Luck’s men from the town’s prison.

On the back of the photo, the following message is written: ‘With Tommy flyers at Fecamp, 12 Juni 1940.’ 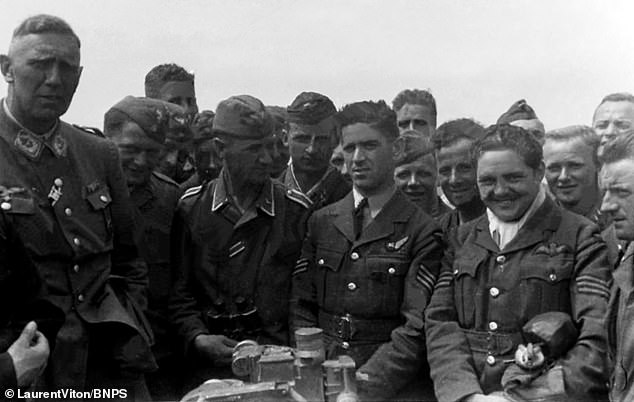 Von Luck regularly made a witty point of telling Allied servicemen that he was known to be a kindly officer who treated prisoners of war well.

Days after being captured, Sgts Rodgers and Bartlam were sent off to a German PoW camp.

In the case of Rodgers he ended up in Stalag Luft VI in Lithuania for much of the rest of the war.

During the winter of 1944-45 he was one of hundreds of PoWs sent on a ‘death’ march west across Poland and Germany as the Russians advanced from the east.

By the time he was liberated in April 1945 he weighed just 7stn.

Brendan Rodgers, the son of the late Sgt Rodgers, said: ‘My father told me he had been very lucky to have survived the war and said he had been well treated by the Germans when he was captured but he never mentioned champagne and caviar.

‘I have never seen the photo before and was most surprised when I did see it. It is extraordinary but when you learn about the sort of man von Luck was you can understand why.’

The remarkable photographs were uncovered by a French postman and amateur historian Laurent Viton, who has published them in British magazine Iron Cross. 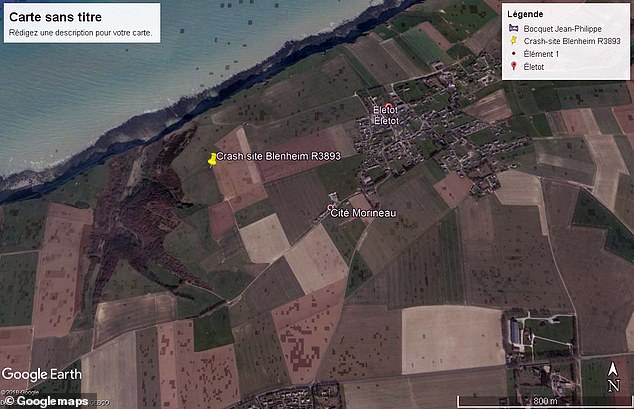 Their plane was shot down over Fecamp, Normandy, France 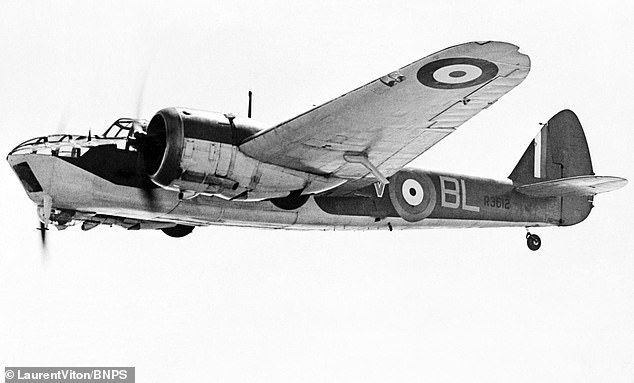 Blenheim bomber plane pictured above. They were in a plane of this model when they were shot down

The editor of the magazine, which covers German military history, Andy Saunders, said: ‘Hospitality extended towards captured RAF airmen at this stage of the war was not altogether unusual – although I suspect this didn’t usually extend to Champagne and caviar!

‘Equally, hospitality to one’s captives was frequently extended by the British. However, it became less common on both sides as the war progressed and attitudes hardened.

‘This photograph, though, is remarkable. These men – adversaries – seem relaxed together. Almost in celebration, and yet the war was then raging at its fiercest.’

After the war Rodgers returned to his home city of Dublin where he worked as a cinema manager.

He married wife Mary in July 1945 and they had four children, one of whom was a daughter he called Valery after the Frenh town where his plane was shot down. 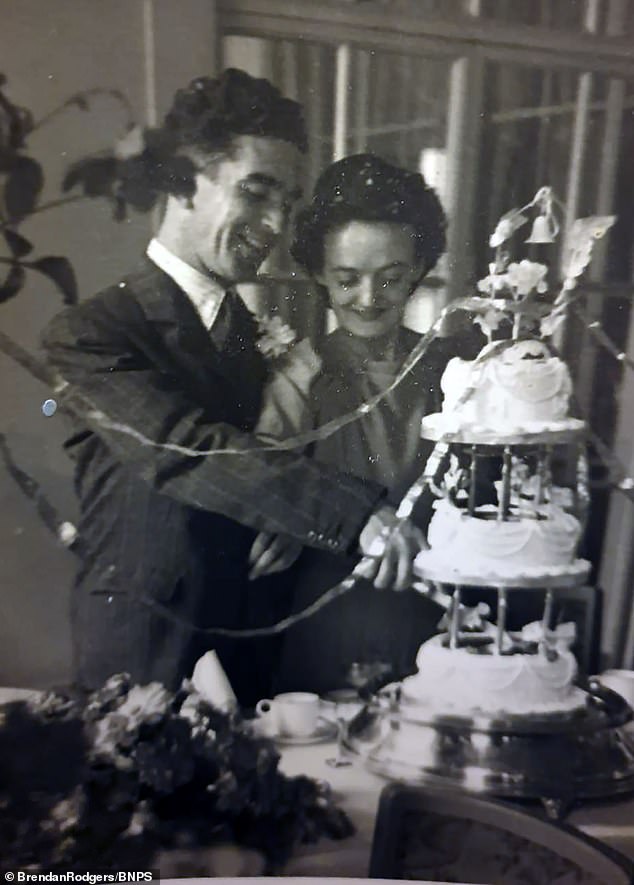 Sgt Rodgers pictured at his wedding day with his wife Mary in July, 1945, shortly after his release from custody

Bartlam, from Broseley, Shropshire, also survived the war and died in 1997.

Von Luck went on to serve in North Africa, the Russian front and then Normandy again following D-Day.

He was captured by the Russians at Halbe, south of Berlin, in April 1945 and spent four years in a Soviet labour camp.

The remarkable photos of the pilots with the German commander were colourised by Richard James Molloy and published in the Iron Cross magazine.