Police have today started to stop cars to demand where people are going as they enforce Boris Johnson’s coronavirus lockdown after a shock poll showed millions of Brits are breaking the rules.

North Yorkshire Police said it will now be using unannounced checkpoints to stop vehicles and ask drivers if their journey is essential as officers prepare for the Home Office to announce new sweeping powers to allow them to break up groups.

Those powers could include the ‘last resort’ ability to force people to go home if they fail to listen to police pleas or take notice of a £30 fine.

Members of the public have been urged by Andy Cooke, the chief constable of Merseyside Police, to report large gatherings as the authorities move to enforce the Prime Ministers ‘stay at home’ message.

Mr Cooke said he would ‘expect’ people to report large groups but not to bother officers if it is ‘two or three people stood at the end of the road’.

The apparent need for the new police powers to break up gatherings has been illustrated by reports of officers being called to friends having barbecues and even house parties.

It came as a new poll conducted for ITV’s Peston programme suggested almost six million people across the UK are continuing to go about their daily lives as normal amid fears spring sunshine could tempt even more to flout the rules.

Mr Johnson’s lockdown means people should only leave their home for food, medicine, exercise or to go to work if it is ‘absolutely necessary’. Group gatherings of more than two people have also been banned.

But the survey found seven per cent of Britons are still going out to see friends, eight per cent are doing ‘non-essential shopping’ and five per cent are not washing their hands more than they normally would.

Meanwhile, six per cent of people – approximately three million – are continuing to hug others and shake hands, despite warnings this will increase the spread of the deadly Covid-19 virus.

Public gatherings of more than two people are banned during the coronavirus lockdown. Members of the public have been told to report large groups to the police. Pictured are police on the Millenium Bridge in London yesterday 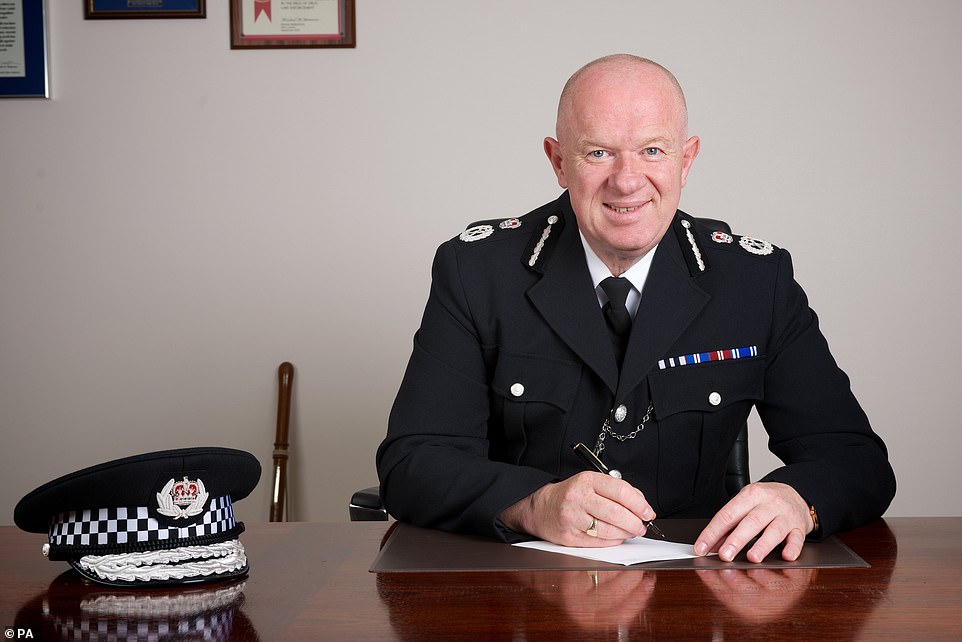 Andy Cooke, the chief constable of Merseyside Police, said he would ‘expect’ people to report large groups but not to bother officers if it is ‘two or three people stood at the end of the road’ 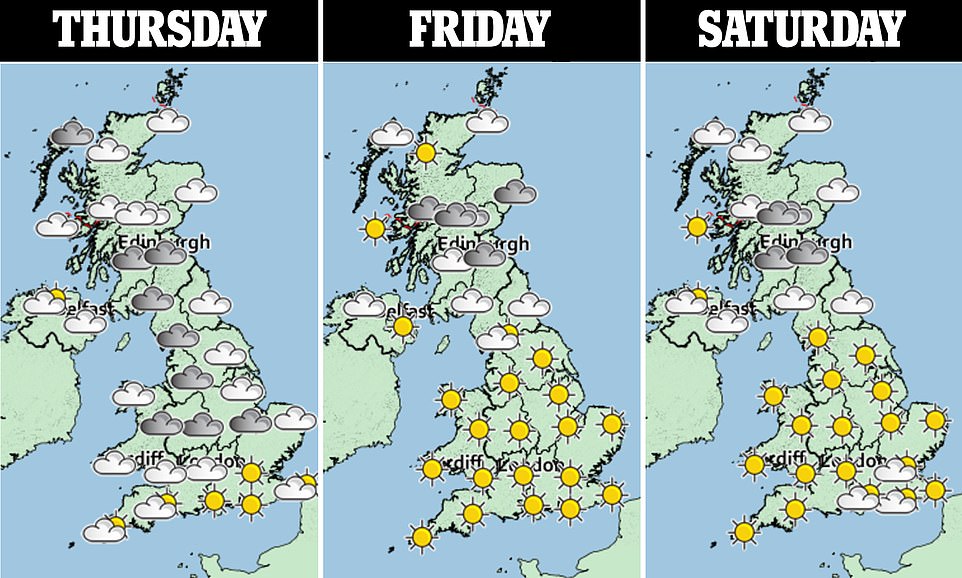 The government expects the ‘overwhelming majority’ of people to stick to the lockdown measures but it is bolstering police powers to ensure officers have the tools they need to enforce the rules amid concerns some people could continue to meet in groups.

North Yorkshire Police said its officers will now be stopping motorists to ask them where they are going, why they are going there, and reminding them of the message to stay at home, protect the NHS and save lives.

Assistant Chief Constable Mike Walker, said: ‘The new and significant restrictions announced by the Prime Minister on Monday evening spell out very clearly what each and every one of us must do to save lives. The message is clear and the warning stark. Stay at home, save lives.

‘These are the lives of the people we know and love. Our partners, mothers, fathers, sisters, brothers, children, grandparents.

‘You may never be in such a position again where your simple actions will lead directly to saving lives.’

The force said the checkpoints will be unannounced and could appear anywhere any time.

It came as Mr Cooke, speaking on his first day back at work after contracting the virus himself, said members of the public needed to be ‘sensible’ when it came to reporting gatherings of people.

Asked what people should do if they see a gathering of dozens of people, he told The Times: ‘We would expect people to call us … [but] would urge them to be sensible.

‘When you’ve got two or three people stood at the end of the road we don’t need to be told.

‘The great thing is we police by consent. Staff have been instructed to encourage people, convince people, interact with people. The use of the powers will be very much a last resort.’

Mr Cooke said 12 per cent of his staff were currently off sick or self-isolating – a figure likely to be replicated at other forces across the country, illustrating the resourcing challenge the lockdown could present.

Police have already started to adopt their own methods for dispersing groups with Manchester police reportedly using sirens and a loud hailer while officers in Leicester have been using drones.

West Midlands Police echoed a similar sentiment to Mr Cooke and said people should only ‘advise us if there are large scale breaches with large numbers of people congregating’.

Anthony Stansfeld, the police and crime commissioner in Thames Valley, reportedly said he did not think ‘snitching to the police’ was necessary.

He said it should only take place in the ‘most extreme circumstances’.

It came as the government was said to be weighing up whether police will be able to use force to make people go home during the lockdown.

More details of the approach officers will be asked to take are expected to be announced today but it is thought they will be told to follow a ‘four point’ plan.

That plan will likely see them initially engage with people who are outside, then explain to them the terms of the lockdown, then encourage them to go home.

Only then would they move onto enforcement action, starting with imposing a fine.

According to The Guardian, the government could allow the police to use reasonable force as a last resort if people do not comply with the fine.

The fine will start at £30 but Downing Street has said it will increase it significantly if it proves to be an inadequate deterrent.

Non-payment of the fine will lead to a court appearance and a criminal record. People will have 14 days to pay.

Concerns have been expressed about what enforcing the lockdown could mean for the relationship between the police and the public.

Stephen White, acting police and crime commissioner for Durham, said: ‘We don’t want to have a society when you step out the door there is a cop saying: ‘Where are you going?”

Mr White said the application of the new powers was going to be a ‘minefield’ as he asked on what grounds fines would be issued and how the use of the powers would be monitored.