Line Of Duty’s Martin Compston reveals he rushed to Vegas to be with his US wife amid COVID:19 pandemic after show’s filming was suspended

Line Of Duty’s Martin Compston appeared on Good Morning Britain on Thursday and revealed he rushed to the US to be with his wife amid the coronavirus pandemic.

He made the decision after the sixth series of Jed Mercurio’s BBC police thriller was halted and Martin, 35, who plays DS Steve Arnott, said: ‘The waistcoat has been put away.

He said: ‘The scripts this year … again, they just seem better than ever. I keep waiting for the year that Jed won’t make something better, but he always seems to do that.’

There for her: Line Of Duty’s Martin Compston told Good Morning Britain on Thursday he rushed to Vegas to be with his US wife amid COVID:19 pandemic after show’s filming was suspended

Martin said he joined US actress Tianna Chanel Flynn, 32, who he married in 2016, in Vegas, where she is from, and made it just in time before President Trump imposed a travel ban.

The couple confirmed they were expecting their first child together in September when Tianna revealed her baby bump, but no further news has been revealed.

Martin said: ‘I was just in my flat on a Saturday night, learning my lines for the week ahead.

‘The news came through that Trump had suspended all flights from the UK, so I think within 12 hours I was on a flight. 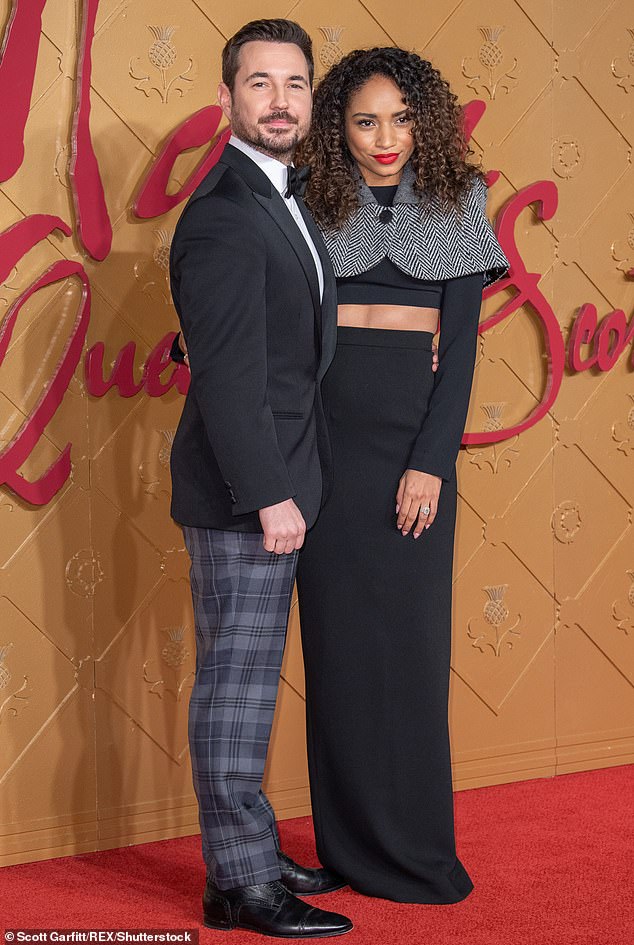 He said: ‘My wife is from Vegas and I just thought at the stage we are at, that my wife needed a permanent place’ (pictured in December 2018)

‘So, I just made it back by the skin of my teeth. It was bit of a hairy journey over… but eventually they got us home.’

He continued: ‘My wife is from Vegas and I just thought at the stage we are at, that my wife needed a permanent place.

‘It feels quite eerie here, for sure. The last time the country shut down so much was JFK’s assassination.’ 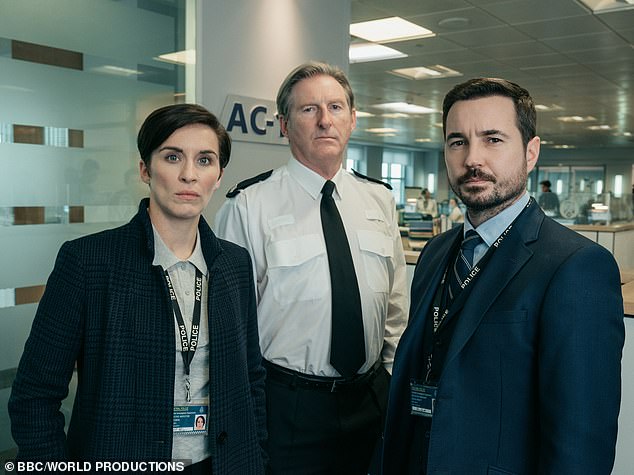 Iconic: Martin is best known for playing DS Steve Arnott in Line Of Duty (right) – a still from series five – the sixth series of the show has been halted due to coronavirus 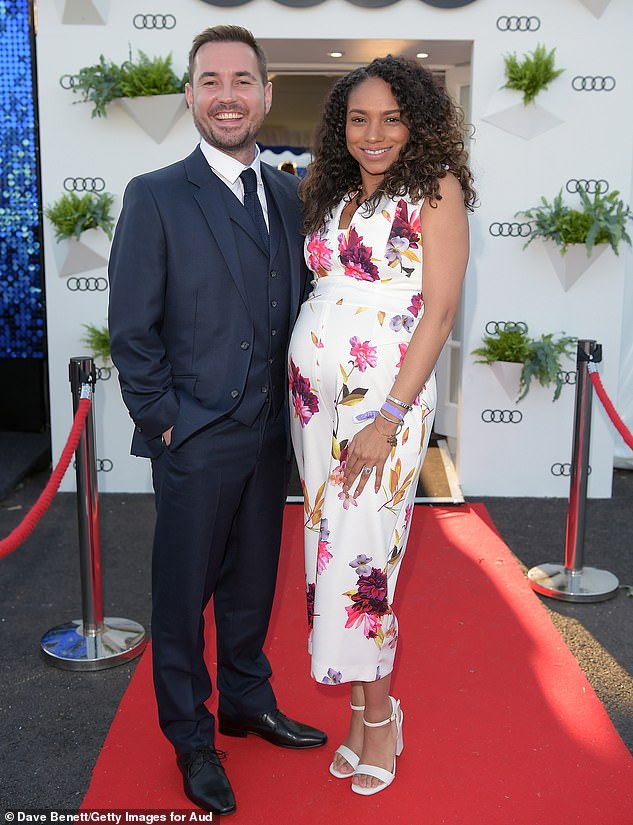 Baby on the way: Martin and Tianna revealed they were expecting their first baby back in September when they attended the Henley festival but no further details are known 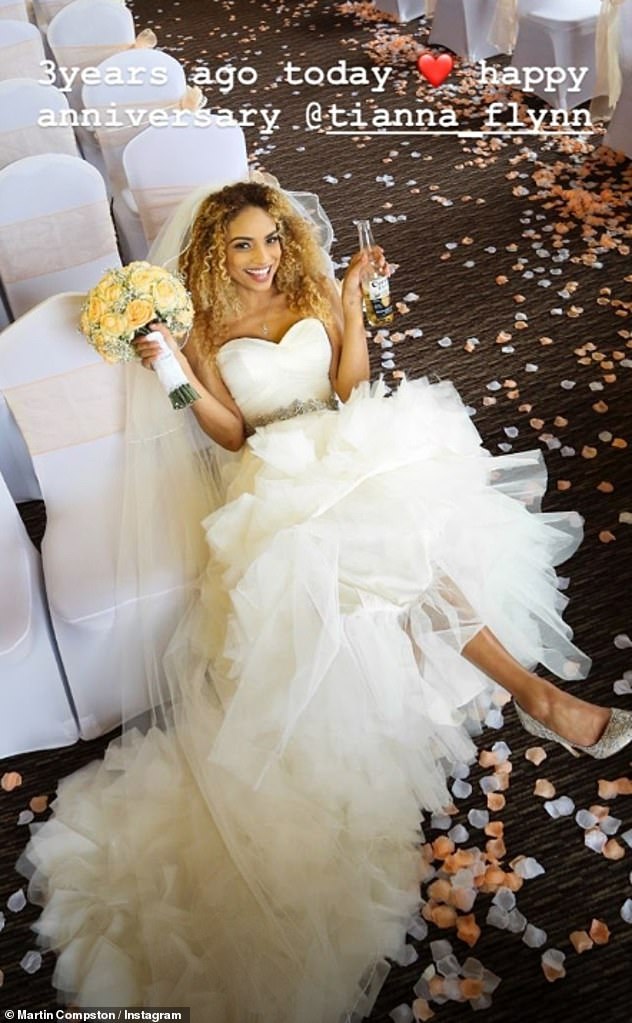 He continued: ‘But this is the one place that has things prepared, they have a drive-thru pharmacy… the supermarket is OK.

‘They don’t have anyone panic buying toilet roll because you’re only allowed one piece a person.’

Scottish actor Martin said he is in ‘daily contact’ with the cast and crew of Line Of Duty – the latest series had been due to air later this year. 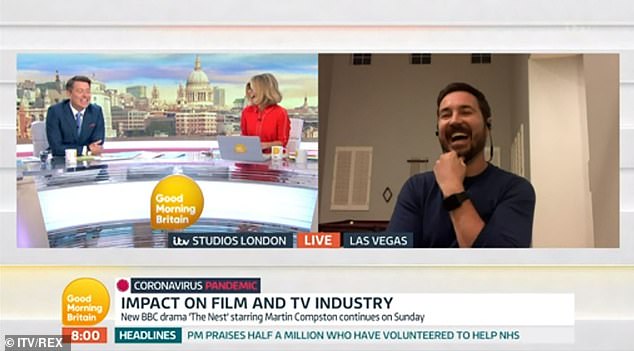 Opinion: Martin told Ben Shephard and Kate Garraway that people are more prepared in the US and toilet roll has been rationed

He said Scotland would always be ‘home’, but added: ‘I’ve spent probably 14 of the last 16 months on the road and you realise how important it is to have a support network around you.

‘It was important that my wife had a family around her – and the weather’s not bad either!’

He said: ‘I’m really proud of it. I hope it can take people’s minds off what is going on.’ 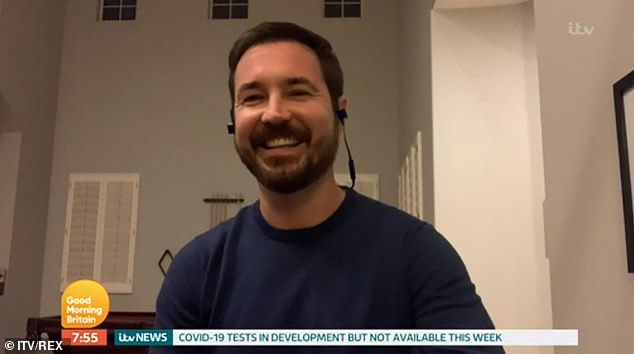 Back to his roots: Scottish actor Martin is also involved in a new TV forensic crime drama set in Dundee, called Traces.