Footage shows sparks fly as motorbike hits a car in Bury, Greater Manchester Rapper was left lying on the floor and clutching his face following the smash Both vehicles were damaged in collision and video surfaced on social media

By Sebastian Murphy-bates For Mailonline

This is the moment rapper Bugzy Malone’s motorbike smashed into a car in a crash that left him lying bloodied in a pile of wreckage.

The musician, 29, had been seen riding the bike around the streets of Bury, Greater Manchester, in the moments before the crash despite the UK being locked down due to coronavirus.

CCTV from a nearby house captured the moment an Audi pulled out of a T-junction giving the grime star – real name Aaron Davis – no time to react before he ploughed into driver’s door.

Malone is pictured lying on the floor in Bury, Greater Manchester, following the accident 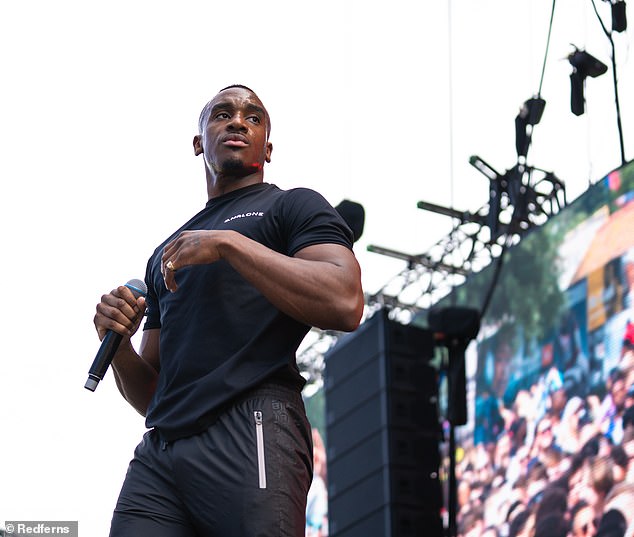 Rapper Bugzy Malone, who was injured in a motorbike crash last night, preforming at Wireless Festival in 2019

Malone’s bike then falls onto its side and he is sent spinning down the road in a spray of sparks in front of shocked onlookers who raced to his aid.

The songwriter, famed for his album King Of The North, was left dazed and lying on his back on the kerbside with blood pouring from facial injuries. One bystander said it appeared his nose was ‘hanging off’.

Witness Lewis McMullen shared a clip of the performer clearly dazed and surrounded by shattered glass in the aftermath of the collision. 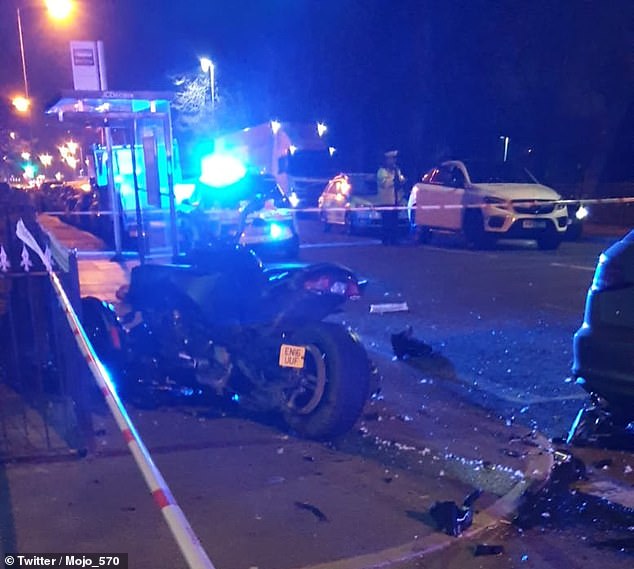 The road in Bury was left strewn with debris after the crash, which happened last night

This footage shows Malone just before the crash which was caught on CCTV in Bury, Greater Manchester 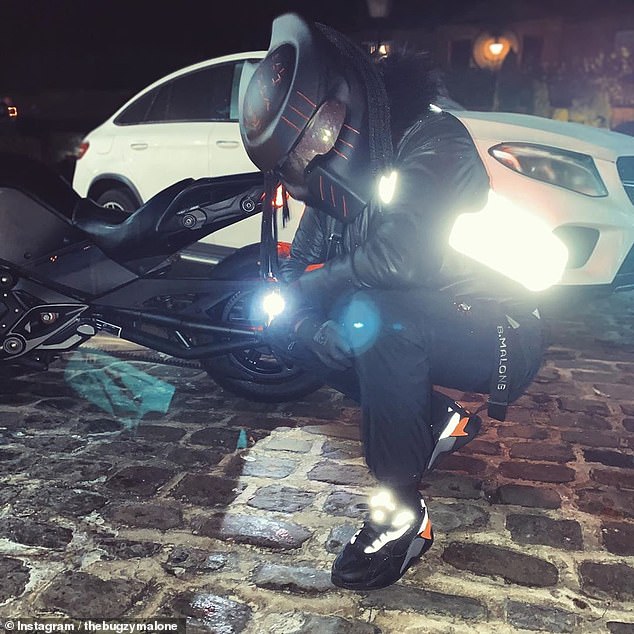 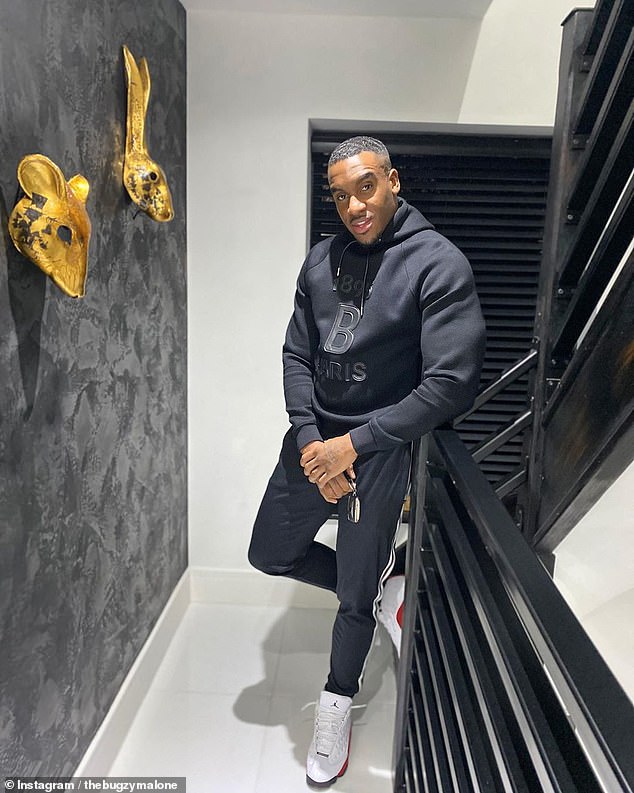 The star’s condition was unclear after the crash, however he was talking to onlookers before emergency services arrived

It is unclear if the driver of the Audi, which was left with smashed bodywork and windows, was injured in the collision.

The social media user wrote above the video: ‘Bugzy Malone wrapped up big time in Bury.’

His jacket is shredded in the footage as the disoriented rider writhes on the ground clearly in pain.

Footage also surfaced on Malone just before the crash, showing him riding his bike around the town.

Police and paramedics raced to the scene after the crash but it was unclear if anyone needed hospital treatment. The star’s condition was unknown.