Francis Mond was born into a world of riches and privilege. Yet he died on May 15, 1918, aged only 23, when his RAF plane was shot from the skies and plummeted into no man’s land in Northern France.

Both Mond’s body and that of the other man in the aircraft, Lieutenant Edgar Martyn, as reported by an officer, were ‘sent to the rear, where they will be buried in a military cemetery.’

And then, in the chaos of war, the two corpses disappeared, Mond and Martyn joining the ranks of the missing. 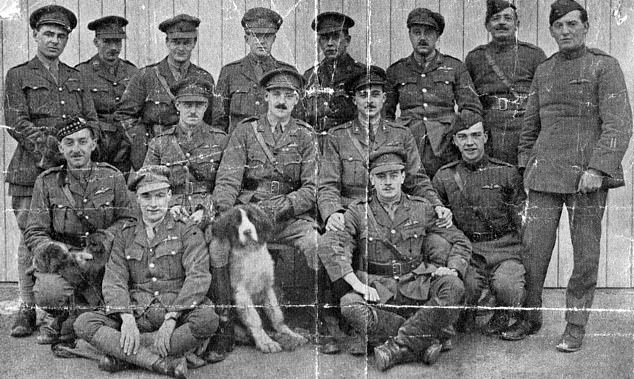 Francis Mond, with fellow flying officers, possibly 83 Squadron, during training in early 1918. Almost all these officers had previous service overseas, including 2nd Lieutenant John Cox, far right, who had served as a private in France from October 1914 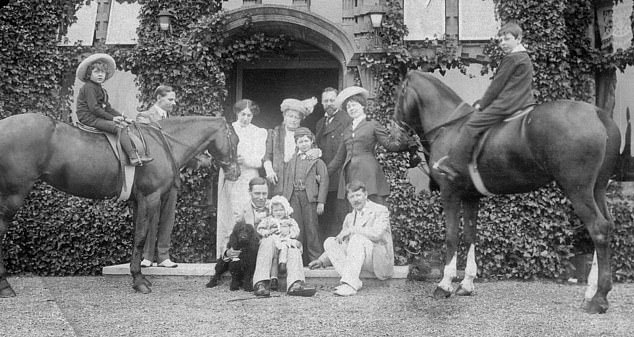 Francis, aged about eleven (far right) in 1906, sitting on a horse with Angela holding the reins. Alfred is sitting far left, with May sitting on the knee of Sigismund Goezte, the Victorian artist and brother of Angela. Philip Mond is standing centre.

After the war, Mond’s mother could not accept that her much-loved son had no known resting place, and the story of her determination to find him provides the ‘backbone’ of this touching, enlightening book. Mond was a young man who had felt the need for speed from an early age, so when war broke out, it was inevitable he should gravitate towards the Royal Flying Corps, later renamed the RAF.

‘I have absolute faith in my safe return to you all,’ he wrote confidently to his mother in April 1918.

At an officers’ fancy dress party, he attended as Captain Hook from Peter Pan. Four weeks later more than a third of the revellers would be dead, including Francis. His mother would spend years looking for his body.

As Richard van Emden makes clear, Mond joined tens of thousands of others whose remains could not be found. There are more than 70,000 names on the Thiepval Memorial to the Missing alone.

After the war, exceptional efforts were made to exhume decomposing bodies. ‘Often I picked up the remains of a fine brave man on a shovel,’ one soldier wrote. ‘Just a little heap of bones and maggots to be carried to the common burial place.’

The searchers grew skilled in spotting likely places to look. The grass was greener where bodies lay undiscovered; patches of nettles grew taller.

As early as November 1918, a decision by the Government and the Imperial War Graves Commission (IWGC) was made not to return exhumed bodies to England. The dead would lie where they had fallen.

One woman spoke for many when she wrote to the IWGC: ‘We’ve come to a pretty state of things when a mother has to beg for the remains of her own boy.’ But the policy remained unchanged. In the years after the armistice, the grief-stricken Angela Mond bombarded the Government and the IWGC with questions about the whereabouts of her son’s body.

For the most part she was politely but firmly rebuffed. But Angela Mond refused to give up. In January 1922, new evidence emerged. Two other airmen, Captain John Aspinall and Lieutenant Paul de la Cour, had died in combat on May 15, 1918. 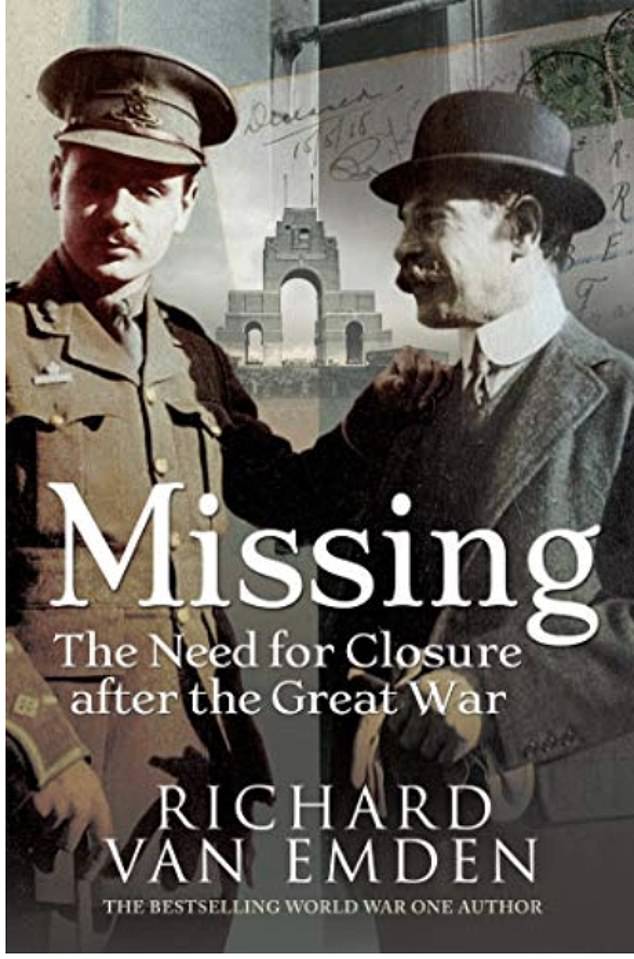 They had known graves, but eyewitness accounts suggested that Aspinall and de la Cour had been shot down behind German lines. How could their bodies have been retrieved and buried? Could the remains in their graves actually be those of Mond and Martyn?

There was only one way to find out — exhumation. The authorities resisted the idea for more than a year, but Angela Mond was implacable.

Eventually, at 10.30 on the morning of March 20, 1923, she and Captain Aspinall’s father stood in a French cemetery. Gravediggers unearthed a wooden casket and prised open its lid. Herbert Aspinall ‘stated at once’ that the body was not that of his son. Dental records proved whose it was. After nearly five years, Angela Mond’s quest to track down Francis had proved successful.

Richard van Emden is a leading expert on the Great War but he has stated that he has ‘never found a story as good as this’ in all his decades of research.

Francis Mond’s parents erected a memorial to their son in the field where his plane crashed. Van Emden’s book provides him with another.