Melania Trump spoke with Carrie Symonds, the fiancee of Boris Johnson, on Thursday to wish her and the British prime minister well as they recover from the coronavirus.

Trump told Symonds ‘the United States was praying for their speedy and full recoveries,’ according to a readout from the first lady’s office.

Symonds, who is pregnant, said earlier this month she suffered from coronavirus symptoms but was on the mend.

Mr Johnson spent three days in intensive care (ICU) because of the disease and seven in total at hospital.

The couple are understood to have been recovering at the Prime Minister’s country estate, Chequers, when they received the call from Mrs Trump.

Melania Trump spoke with Carrie Symonds, the fiancee of Boris Johnson, to wish her and the British prime minister well as they recover from the coronavirus 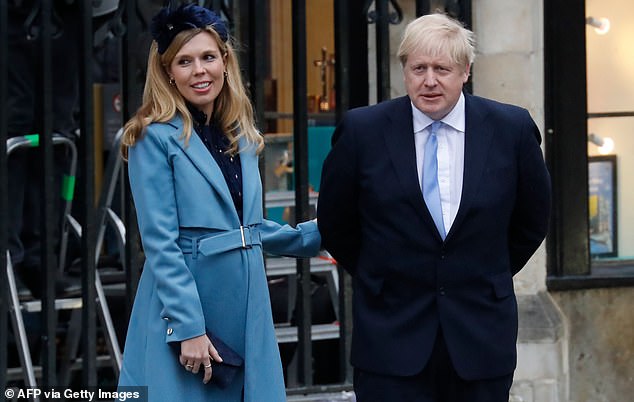 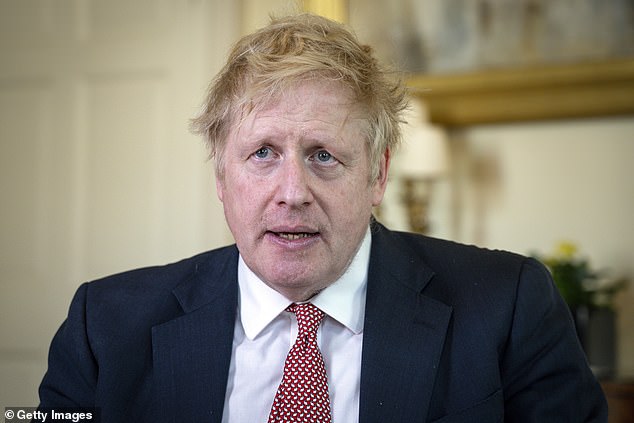 Boris Johnson, pictured delivering his Easter message after he was released from hospital, is now recovering at his Chequers country estate with Symonds

The readout from the White House said: ‘Mrs. Trump expressed well wishes for Ms. Symonds and Prime Minister Johnson, and noted that the United States was praying for their speedy and full recoveries.

‘Mrs. Trump reaffirmed that the United States stands together with the United Kingdom in the fight to defeat the coronavirus pandemic.

‘Mrs. Trump and Ms. Symonds expressed optimism that the United States and the United Kingdom would get through this difficult period and emerge stronger than before.’

Melania Trump has spoken with the significant others of several world leaders during the pandemic, including Spanish Queen Letizia, Akie Abe of Japan, Sophie Grégoire Trudeau of Canada, Brigitte Macron of France, Laura Mattarella of Italy and Elke Büdenbender of Germany.

The first lady has been active on social media during the coronavirus crisis, encouraging people to wear face masks and follow social distancing guidelines.  She’s also tweeted out information from the Centers for Disease Control and Prevention and links to fun activities for children

Additionally, Trump has taped video messages that offer tips for parents, activities for children, and well wishes for grandparents.

She had to cancel the annual White House Easter Egg roll because of the pandemic but she posted a video of herself reading on of her favorite Easter books – ‘The Little Rabbit’ – on Twitter on Sunday.

‘Since we are not able to celebrate the traditional Easter Egg Roll on the grounds of the White House this year, I want to take a moment to wish everyone a Happy Easter, and read one of my favorite children’s books,’ Trump said in the four-minute video where she read the book.

She gave the 25,000 commemorative wooden eggs – which would have gone to children at the Easter Egg Roll – to area children’s hospitals, federal agencies, aid groups and grocery store chains. 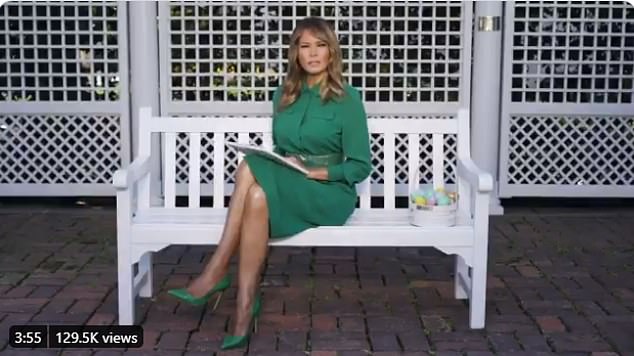 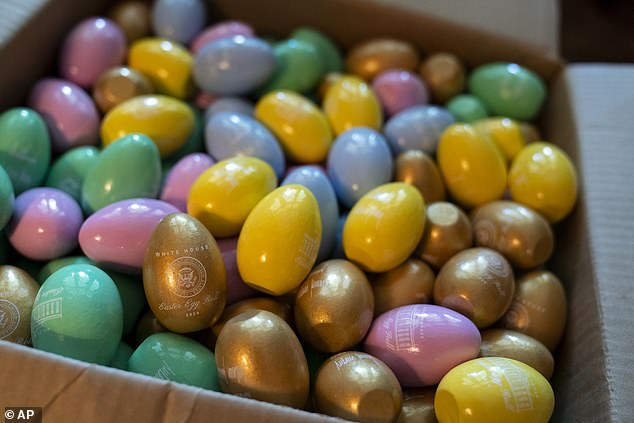 Johnson, meanwhile, is recovering from his battle with the coronavirus at the prime minister’s Chequers country estate with Symonds.

Earlier this week the two were spotted walking the grounds with their pet dog Dilyn.

The British couple also have ‘turned to birdwatching’ after Johnson was banned from riding his beloved motorcycle while he recovers.

Symonds is a vocal nature lover and environmentalist. She gave Johnson a second-hand Yamaha TT-R125 as a Christmas present but doctors have banned him from riding it during his recuperation.

Symonds, 32, said she would ‘never stop thanking’ the NHS medical staff after Johnson was discharged from St Thomas’s Hospital in central London over the Easter weekend.

After he was admitted, the prime minister spent three nights in intensive care with oxygen treatment before he was moved back to a general ward.

Symonds had been self-isolating in Chequers with the couple’s dog Dilyn.

The PM’s fiancee tweeted her praise for staff at St Thomas’s. 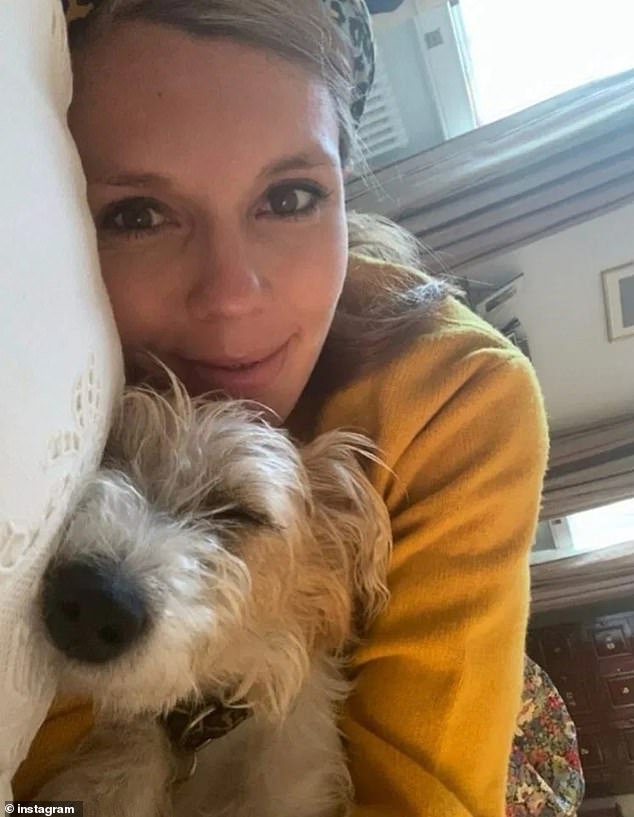 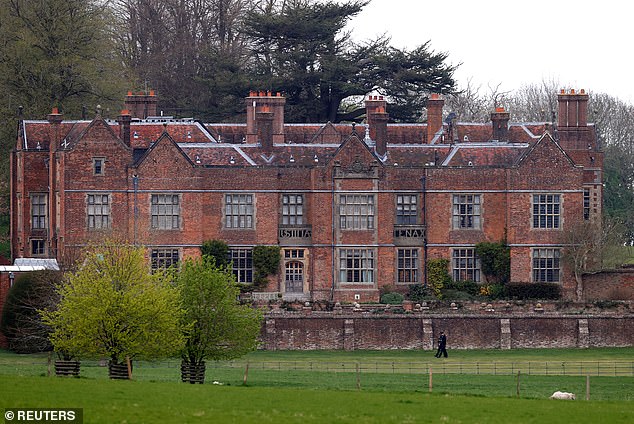 She wrote: ‘There were times last week that were very dark indeed.

‘My heart goes out to all those in similar situations, worried sick about their loved ones.

‘I cannot thank our magnificent NHS enough. The staff at St Thomas’ Hospital have been incredible. I will never, ever be able to repay you and I will never stop thanking you.’

Symonds revealed earlier this month how she ‘spent the past week in bed with the main symptoms of Coronavirus’ but had since recovered, adding: ‘Being pregnant with Covid-19 is obviously worrying.

‘To other pregnant women, please do read and follow the most up to date guidance which I found to be v reassuring.’