‘That’s got to be a breach of the travel restrictions!’: Dominic Cummings is spotted at an Australian RUGBY MATCH after a fan paid £12 to have his cardboard cut-out placed in the stands

By Amitai Winehouse For Mailonline

Dominic Cummings has been under fire for his travel plans in recent days – and he’s now popping up all over the globe.

UK Prime Minister Boris Johnson’s most senior adviser was criticised for making a 260-mile trip to Durham in April to see his parents while his wife had coronavirus symptoms, and has refused to apologise for doing so.

Durham police also confirmed on Thursday that his 60-mile round trip to Barnard Castle – he says to test his eyesight – might have been a minor breach of the lockdown rules. And now his face has appeared in the stands of a rugby league game being played in Australia on Friday morning – courtesy of a $22 (£12) purchase. 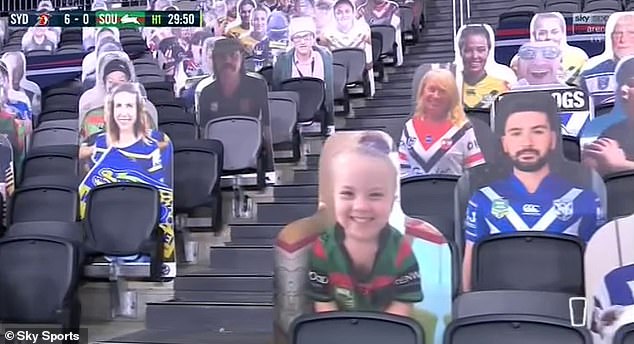 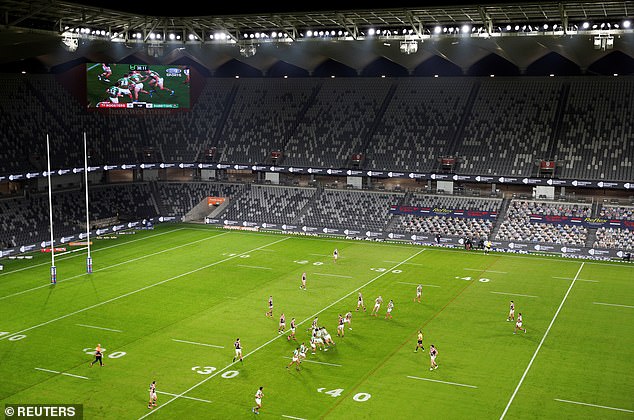 It was played at an empty stadium, but fans could pay for their faces to appear in the stands

As a camera panned across the ‘crowd’ during the first half-hour of the clash between the Sydney Roosters and the South Sydney Rabbitohs, viewers in the United Kingdom were taken aback to see the 48-year-old on the terraces.

Luckily for both Cummings and Johnson, though, it was only a cardboard cut-out.

As part of a drive to improve the atmosphere while games are being played without fans in the stadium, a number of sports worldwide have allowed supporters to pay for themselves to appear – in the form of cut-outs – in their usual seats.

An enterprising Roosters fan clearly decided to have a laugh at Cummings’ expense, paying AUS$22 (£12) to have him among the other supporters. 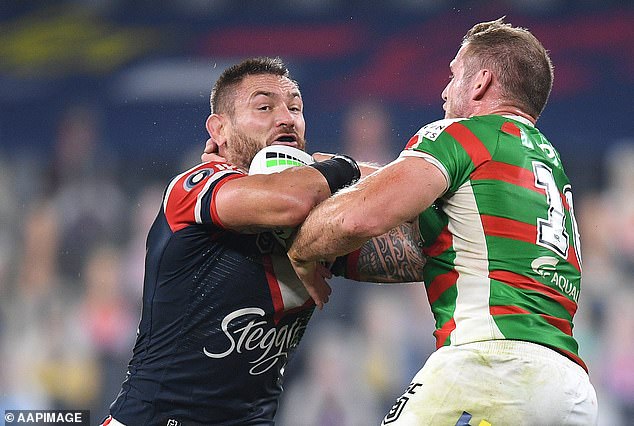 Those watching enjoyed spotting him and reacted on social media. Jason Sinclair said: ‘$22 well spent whoever did that’.

Another joked on Twitter: ‘One rule for them and another for us’. 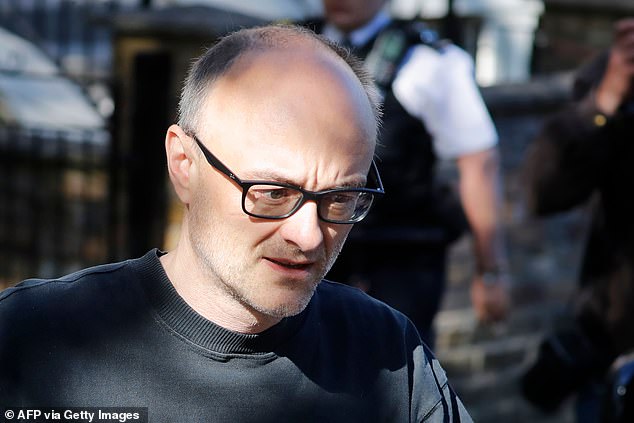 @dekkerUK weighed in: ‘Dominic Cummings is an absolute joke. First he goes for a country walk in Durham. Then he pops over to Aus to watch the rugby!’

Speaking earlier this week, Cummings insisted he did not regret any of his actions – despite the Labour party claiming he had ‘clearly broken the rules’.

In the match itself between Sydney Roosters and South Sydney Rabbitohs, the Roosters came out on top, beating their rivals 28-12 in the NRL clash.

The result helped the Roosters leapfrog their opponents in the table as they moved up to eighth, while the Rabbitohs drop to 11th after three matches of the season.