By Ian Herbert For Mailonline

Police have identified six fixtures of particular concern which will be staged at neutral venues when the Premier League returns, Sportsmail can reveal.

Three games involving Liverpool will be moved to a neutral venue, including the Merseyside derby and their likely title-winning game, though there is no possibility of Jurgen Klopp and Carlo Ancelotti’s sides meeting in Manchester.

There is also a concern about two Newcastle games.

At yesterday’s Premier League meeting 12 games were mentioned as potentially being moved to neutral venues – including a series of London derbies, as revealed by Sportsmail. The clubs involved still expect these matches to be moved, too.

THE SIX GAMES POLICE FEAR MOST

Other games that could be moved include:

While there had been an initial plan to play all matches at neutral grounds, that was dismissed out of hand but other games could now be switched – including Liverpool’s remaining matches at Anfield before they inevitably take the title.

The six fixtures of concerns have been identified after individual forces were asked which games concerned them.

As yet, there are no fixtures relating to relegation-threatened sides, which could avoid the row over neutral venues which saw the bottom six insist that they wanted to retain home advantage.

But Sportsmail understands that additional relegation fixtures could be added if that aspect of the resumed season creates crunch matches in which large numbers are likely to gather. 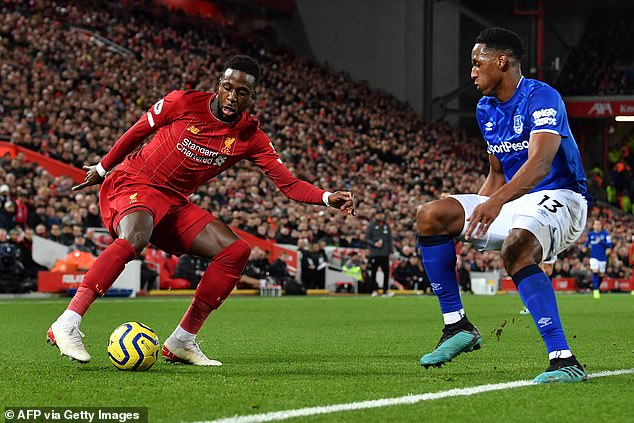 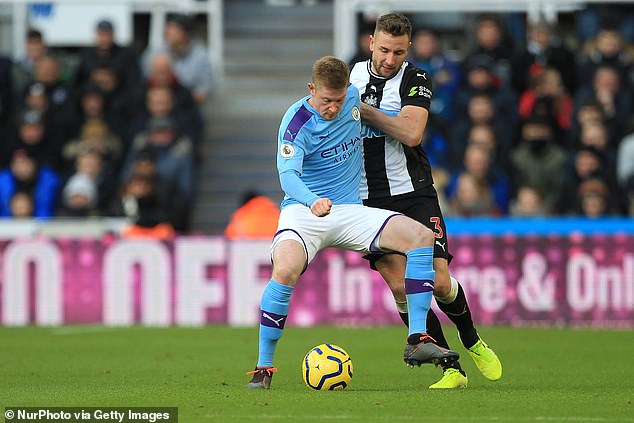 Newcastle’s huge fan base is a concern, with the possible Saudi takeover adding excitement

It has not yet been decided where neutral games will be staged. Some of Britain’s 43 police force areas have said they are willing to stage them. Some have indicated they are not.

Discussions on that will now take place between the Premier League and senior football police officers, who today praised the league for their cooperative and positive contribution to security discussions.

Greater Manchester Police, whose chief constable expressed concerns about some fixtures two weeks ago, have identified three fixtures in their force area as ones they prefer to be held at neutral venues.

The United v Sheffield United match is unexpected and could be a consequence of the two cities’ relative proximity and this being the Blades’ first season back in the top flight.

Liverpool need just two more wins to capture the Premier League and it could come as early as the opening weekend, if Manchester City lose to Arsenal and they beat Everton.

The likes of Leeds and West Brom in the Championship could also be asked to play at neutral venues as both are edging towards promotion. 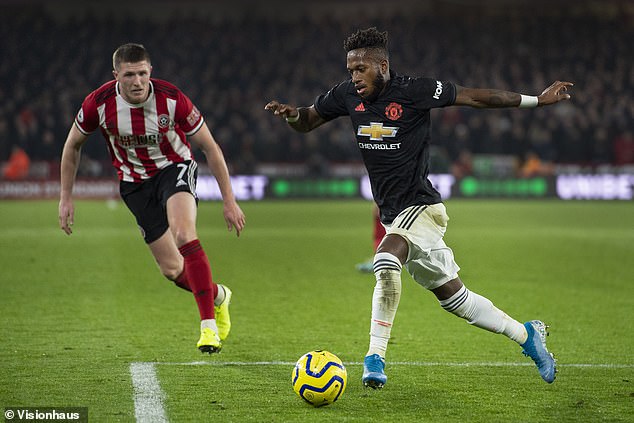 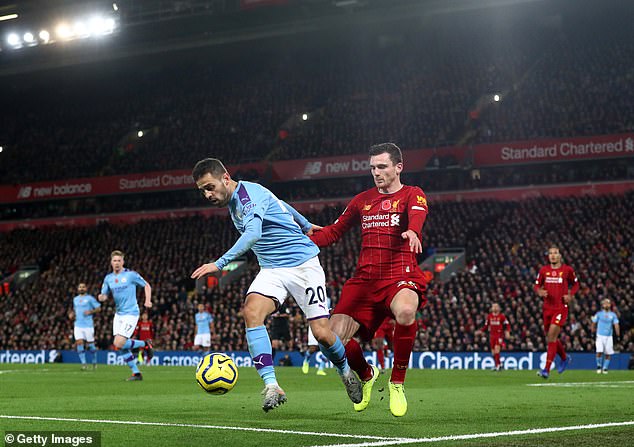 A plan is now in place for the Premier League season to be concluded by July 25, with 92 games to be held in 39 days.

Premier League chief Richard Masters said in a statement on Thursday: He said: ‘We have provisionally agreed to resume the Premier League on Wednesday, June 17.

‘But this date cannot be confirmed until we have met all the safety requirements needed, as the health and welfare of all participants and supporters is our priority.

‘The Premier League and our clubs are proud to have incredibly passionate and loyal supporters.

‘It is important to ensure as many people as possible can watch the matches at home.’