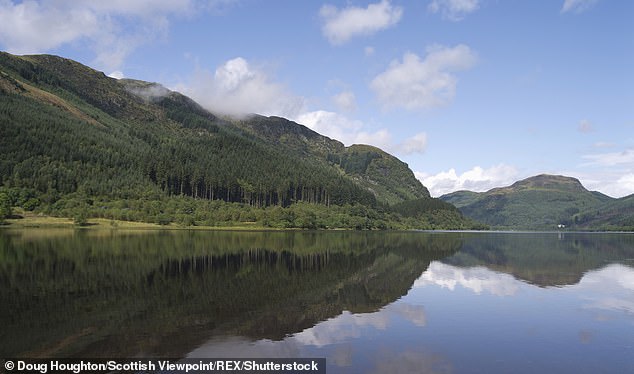 Boy, 10, dies after getting into difficulty in Scottish loch amid frantic search by emergency services

A boy has died after getting into difficulty in a Scottish loch amid a frantic search by emergency services.

The 10-year-old passed away at Loch Lubnaig near Callander, Stirlingshire, yesterday.

The child was reported as having ‘difficulty in the water’ at 5.35pm after he fell into a river near the loch.

A four-hour rescue operation involving a helicopter was launched but police said the incident was not being treated as suspicious.

The child was reported as having ‘difficulty in the water’ at 5.35pm and a four=hour rescue operation was launched (file photo)

A police spokesman said: ‘A 10-year-old boy has died following an incident in Loch Lubnaig, near Callander, on Wednesday June 24.

‘Emergency services were called around 5:35pm to reports of a child experiencing difficulty in the water. Sadly, the boy died.

‘There are no suspicious circumstances and a report will be submitted to the Procurator Fiscal.’

A Scottish Fire and Rescue Service spokesman added: ‘We were called at 5.37pm on Wednesday, June 24 to reports of a person in the water in Callander.

The tragedy came on the hottest day of the year so far as Britons flocked to lakes and the coast to cool down in 90F (32C) heat.