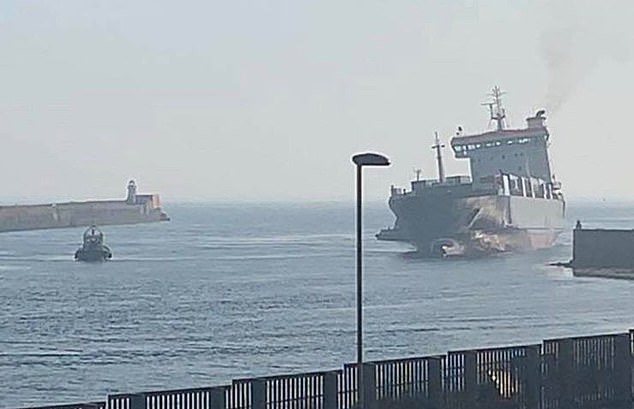 A large cargo ship ran aground during manoeuvres entering the mouth of Aberdeen harbour this morning.

An investigation has been launched into the incident which saw the NorthLink freight vessel run into difficulties when arriving from Lerwick at around 7.30am.

A number of smaller boats and a harbour tug had to provide assistance to help release the 400ft MV Arrow which was carrying containers.

The ship was seen sticking partially out of the water and it took more than an hour to get it successfully ferried into the harbour.

Impressive footage taken at the scene shows a small boat helping free the cargo ship from where it was stuck.

Serco NorthLink confirmed the boat had run aground and that a full investigation would be launched into the cause. 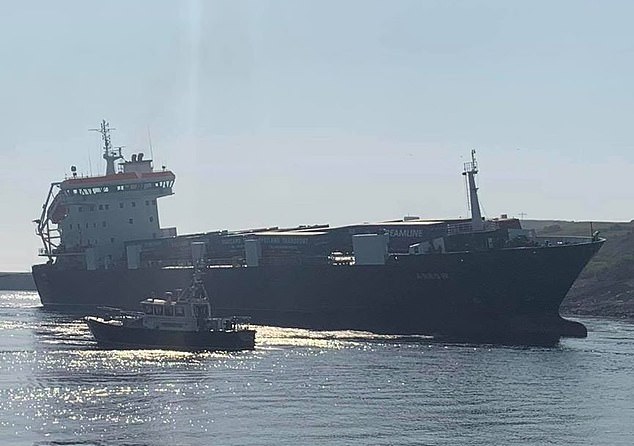 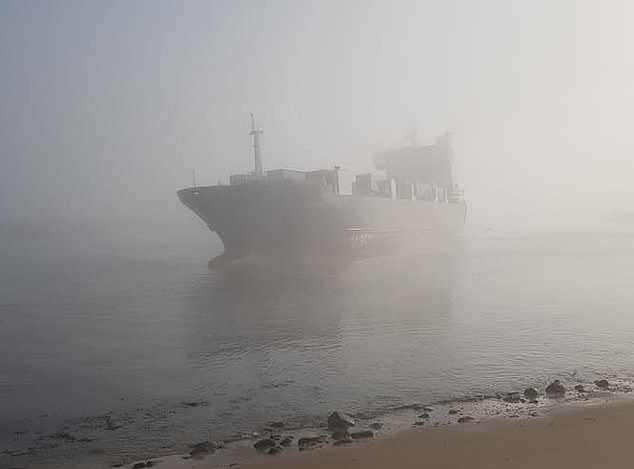 The company also said there were no injuries or risks to the environment.

A spokesperson for Serco NorthLink Ferries said: ‘We can confirm that the chartered MV Arrow freight vessel ran aground upon entering Aberdeen Harbour at approximately 0730 today.

‘There were no reported injuries or risk to the environment and the vessel has since been freed and proceeded to its normal berth.

‘We are working with Aberdeen Harbour Board, the vessel’s owners and the relevant authorities to conduct a full investigation.’