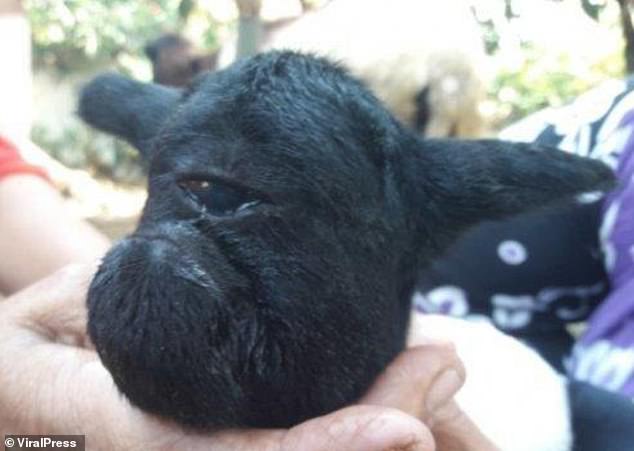 A mutant one-eyed lamb born in Indonesia was believed to be a demon in disguise by villagers.

Footage taken by farmer Pipih, 65, at a farm in Sumedang Regency, West Java, on Monday shows the black lamb after its birth, with a single eye in the middle of its forehead.

Villagers feared the lamb could be a reincarnation of the Islamic figure Dajjal, but Pipih believes its birth could bring ‘blessings’ to his family.

A mutant one-eyed black lamb with Cyclopia was born at a rural property in Sumedang Regency, West Java, Indonesia, on Monday

In the video, the one-eyed lamb is licked by its mother as its shifts uncomfortably on the ground.

Children call out when they see the lamb’s eye and it sticks its tongue out as it turns to face them.

The lamb continues to stare at the children as it gasps for air and chews something in its mouth.

Later, the goat pushes its head through a gap in its pen, revealing its slightly blue, large central eye in detail. 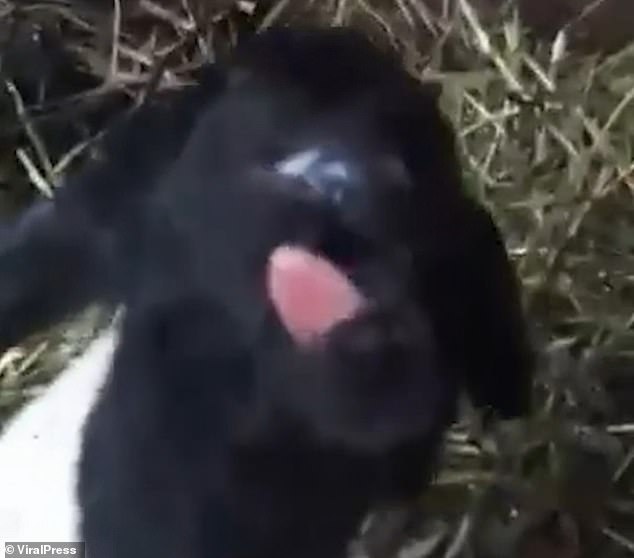 Pipih said: ‘I didn’t expect it to birth a lamb with one eye. I take care of my sheep and none of them have any diseases.’

‘The mother gave birth to two lambs. The other one is normal. I hope this will be a good sign and bring blessings to the family.’

Village official Cucu Sunarya visited the farmhouse after hearing about the strange lamb to check for possible disease.

He found the lamb was healthy apart for its misshapen facial parts, which caused difficulty with eating. 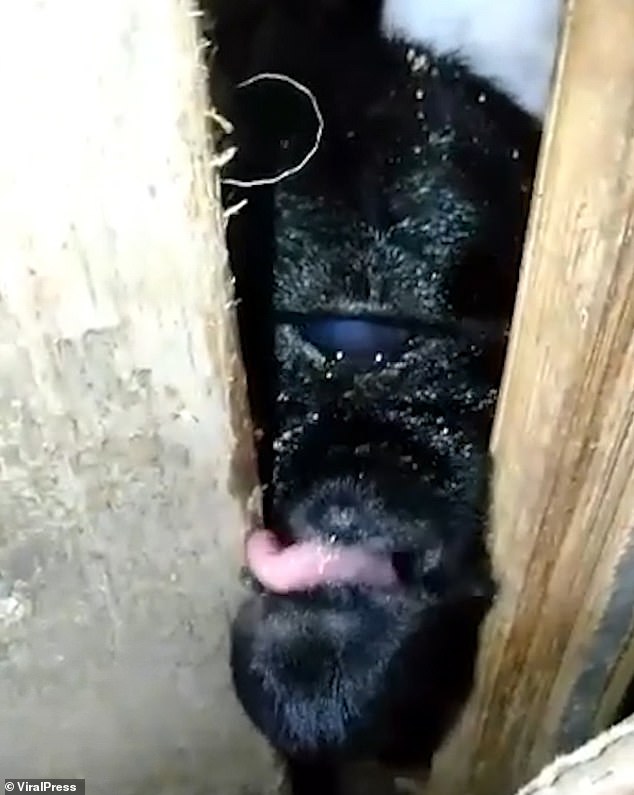 The goat pushes its head through a gap in its pen, revealing its slightly blue, large central eye in detail

The incident has also been reported to the Animal Husbandry Department in Sumedang Regency for documentation.

Despite the extra attention given to the lamb, it died two days after it was born on June 24 because it struggled to breath and eat and was buried in the backyard.

The lamb is believed to have had Cyclopia, a rare birth defect that disrupted the development of the eyes into two cavities. 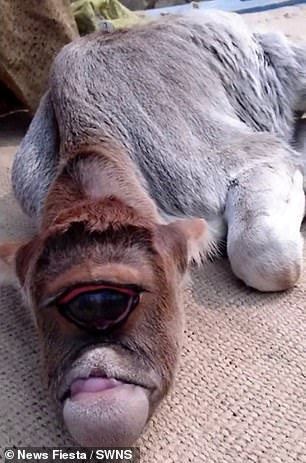 In January, another cow was born with the disorder in the Bardhaman district of West Bengal

It develops in the womb when the left and right hemispheres of the brain do not separate as they are meant to early on in pregnancy.

This leads to the formation of a single central cavity with one eye, or sometimes partially fused or separate eyeballs and often the complete absence of eyelashes and eyelids are absent.

The nose is also deformed, with an underdeveloped upper jaw.

A creature with cyclopia may be able to distinguish light and dark but will not have proper vision because the retina won’t form properly.

Creatures with the condition are normally stillborn or die shortly after due to breathing and brain problems.

In January, another cow was born with the disorder in the Bardhaman district of West Bengal.

In video footage shared online, the one-eyed calf could be seen sticking out its tongue and gasping for breath.