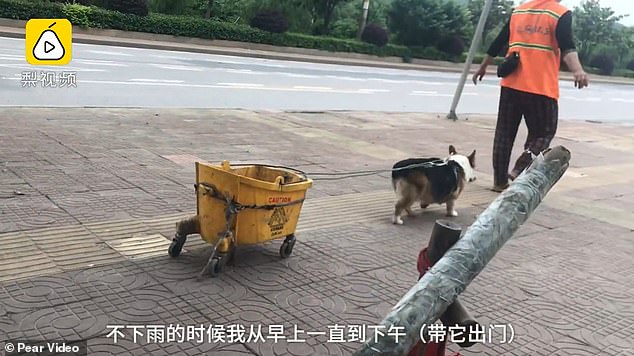 By Billie Thomson For Mailonline

Dogs are known as man’s best friend. But this corgi in China is also the best colleague for its owner.

The faithful pet called Duo Duo follows its master, who is a street cleaner, to work every day.

It even collects and pulls rubbish for the sanitation worker in the southern Chinese city of Changsha. 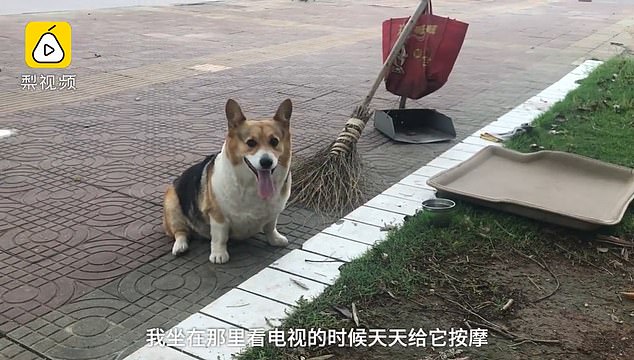 Footage released by local media shows Duo Duo walking after its owner when she moves between different work stations.

It helps its owner carry waste by pulling a wheelie bucket attached to its dog harness by a rope.

The street cleaner, who remains unnamed, said she had kept Duo Duo as a companion for two years.

She told video outlet Pear last month: ‘It follows me wherever I go. As long as it doesn’t rain, I take it with me from the morning till the afternoon.’ 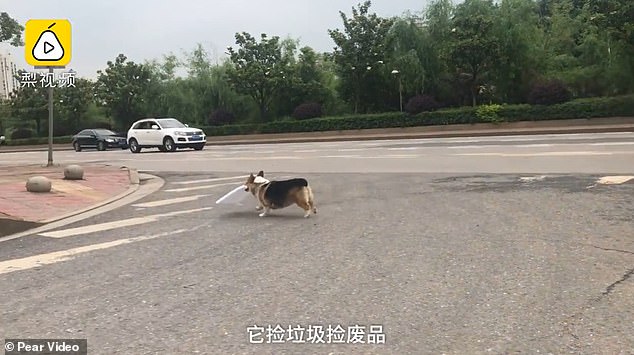 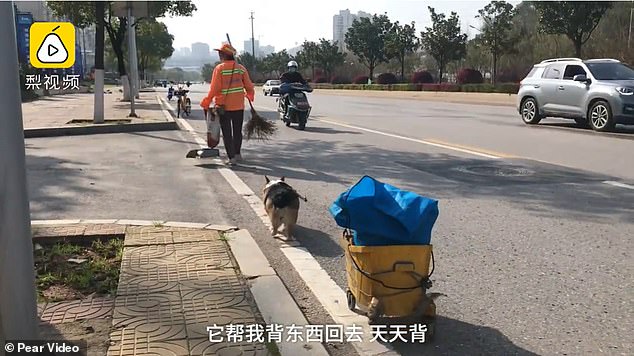 The worker said Duo Duo would pick up litter from the street for her.

‘It also helps collect recyclable items and carry them back home for me every day,’ she said.

Apparently, Duo Duo loves working. Her owner said the pet would bark ‘in protest’ if she prevented it from dragging the trailer. 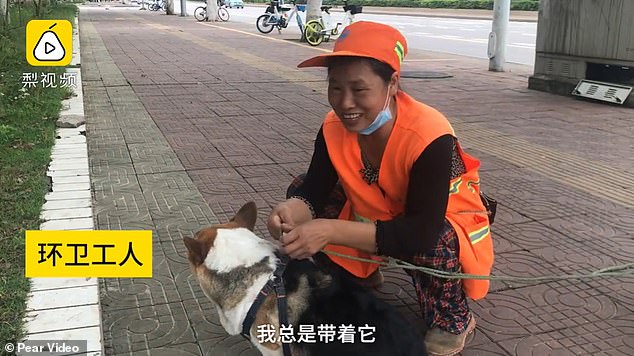 ‘As long as it doesn’t rain, I take it with me from the morning till the afternoon,’ the woman said 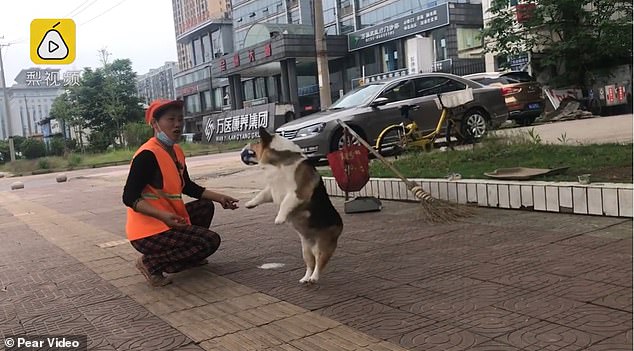 ‘It demands I hug it and massage it every day,’ the street cleaner told Pear Video last month

After a long day of work, Duo Duo’s favourite pastime is a massage.

‘It demands I hug it and massage it every day,’ she noted. ‘I rub its body daily when I sit there and watch TV. If I don’t do that, it would lie on the floor and refuse to move.’

Footage of the pair has melted the hearts of many people on Chinese social media platforms.

On Weibo, the Chinese equivalent to Twitter, one fan said: ‘This is so good. Auntie and dog, please stay safe.’

Another person hailed: ‘This is the warmth of ordinary life. It is full of love.’

A third person praised: ‘Dogs are always the most loyal friends to humans.’