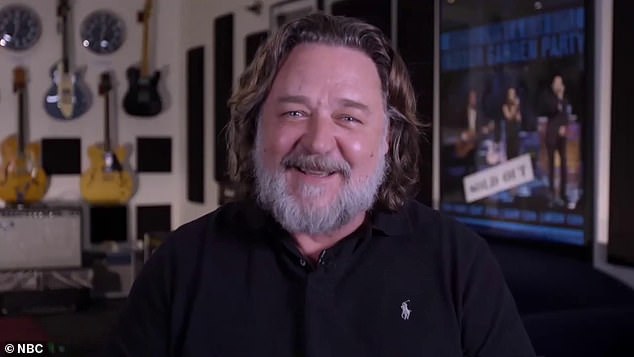 Russell Crowe appeared remotely from his home country of Australia as a guest on The Tonight Show Starring Jimmy Fallon on Wednesday with an amusing story about his two teenage sons who he says are ‘just too honest.’

The A Beautiful Mind star, 56, told Jimmy he was ‘isolating in isolation’ from ‘the bush,’ or outback, while his boys Tennyson, 13, and Charles, 16, were riding out the pandemic in Sydney.

‘I was a little affronted because it’s the bush,’ Russell explained to Jimmy. ‘We got the wide-open spaces. We got all of these amazing things up here.

Funny story: Russell Crowe appeared remotely from Australia as a guest on The Tonight Show Starring Jimmy Fallon on Wednesday with an amusing story about his two teenage sons

‘But they were like, “No, no, dad, we’ve made the decision that in a pandemic, we’re going to isolate in the most populous part of the country surrounded by the areas that have the most infections,”‘ he continued.

Russell shares his boys with ex-wife Danielle Spencer, to whom he was wed from 2003 until 2018. 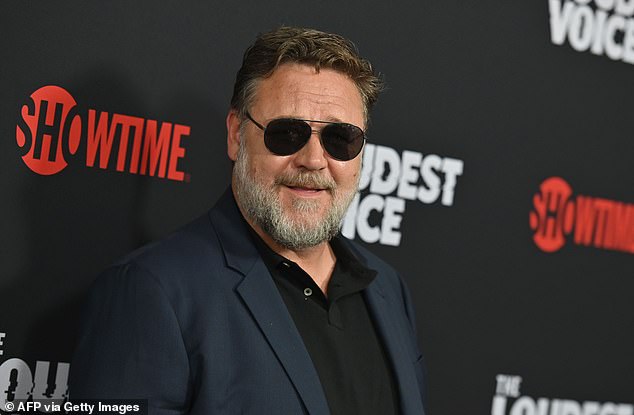 Star from Oz: Russell told Jimmy he was ‘isolating in isolation’ from ‘the bush,’ while his boys Tennyson and Charles were riding out the pandemic in Sydney; seen last year 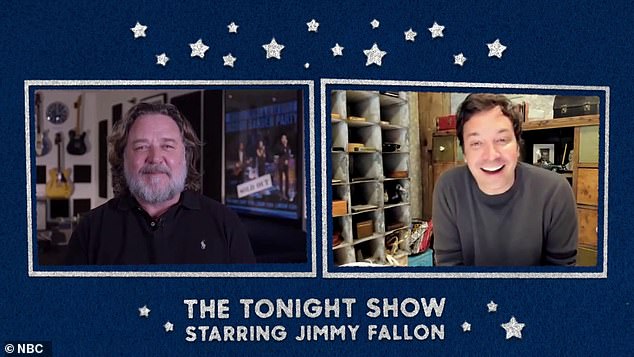 Fallon and Crowe also touched upon how the Black Lives Matter movement has reached the country Down Under.

Russell, who is a co-owner of the National Rugby League team the South Sydney Rabbitohs, described to Jimmy how the team kneeled during their game last week in support of the movement.

‘You know, within Australian culture, there’s, of course, Australian aboriginals and also many Maori people from New Zealand and other nations like Samoa and Tonga and Papua New Guinea,’ the Oscar winner explained.

‘And the player base for the game of rugby league definitely has a majority of black players. And as a club, we just asked them if they wanted to make their own statement and so they took it upon themselves. 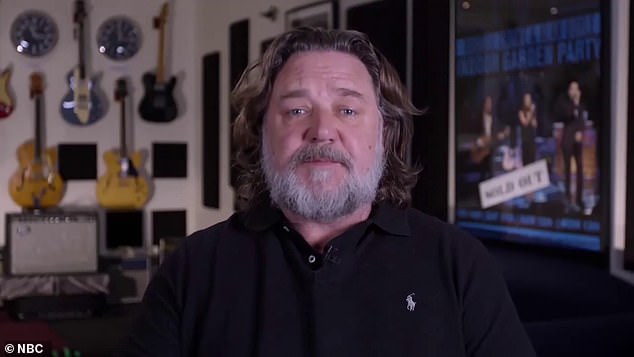 Important point: Fallon and Crowe also touched upon how the Black Lives Matter movement has reached the country Down Under

‘Before that particular round started, the entire squad—both squads and the referees and any administrative staff and stuff that were there in the stadium…they all took a knee together,’ Crowe continued. ‘And you know, that was just a gesture of support from across the other side of the world. And the great thing about it was right across the board…there was 100 percent agreement that that’s what we should be doing to offer support.’

The star, whose new film Unhinged premieres next month, also referenced broader issues stemming from that show of support.

‘But also to bring light to certain issues that are prevalent in Australia. We have a really negative colonial history of how we treated the indigenous culture that was here when the English first arrived to settle the place. So, there’s a lot of those things that are public knowledge and are discussed at certain points that just need to be fully addressed,’ he added. 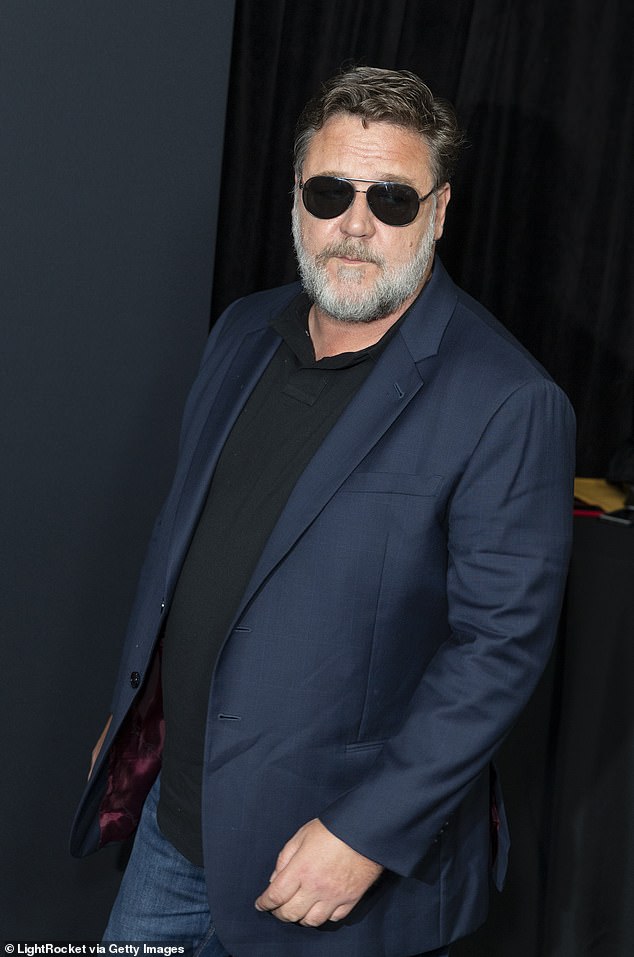