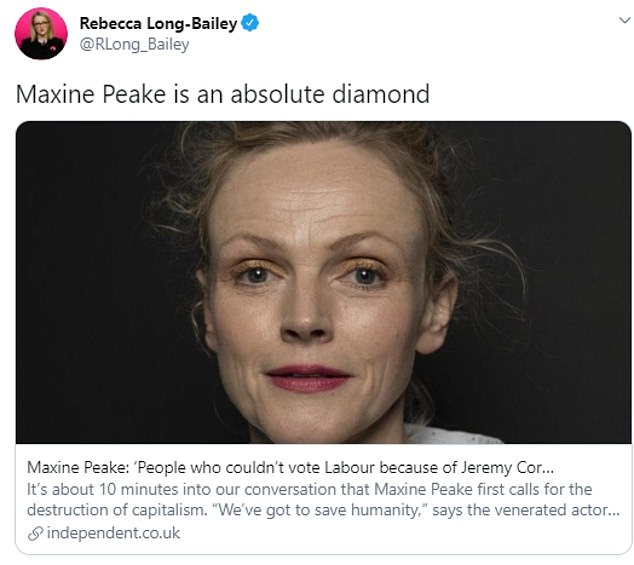 The shadow education secretary posted a link to an interview in which Peake claimed that US police learned ‘neck-kneeling’ restrain techniques from Israeli forces.

Ms Long-Baiey described the left-wing star as a ‘diamond’, before later trying to clarify that she had not been endorsing all the content of the article.

But a spokesman for the Labour leader – who has been trying to rebuild trust with the Jewish community after the Corbyn era – said: ‘This afternoon Keir Starmer asked Rebecca Long-Bailey to step down from the Shadow Cabinet.

‘As Leader of the Labour Party, Keir has been clear that restoring trust with the Jewish community is a number one priority. Antisemitism takes many different forms and it is important that we all are vigilant against it.’

Ms Long-Baiey described the left-wing star as a ‘diamond’, before later trying to clarify that she had not been endorsing all the content of the article 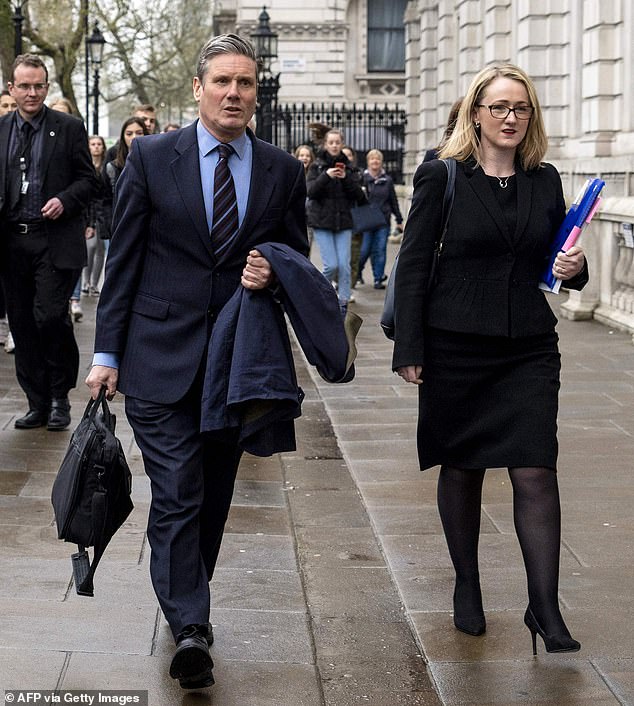 Ms Long-Bailey posted a link to an Independent interview with Peake, describing her as an ‘absolute diamond’.

Amid a storm of protest she then added: ‘I retweeted Maxine Peake’s article because of her significant achievements and because the thrust of her argument is to stay in the Labour Party. It wasn’t intended to be an endorsement of all aspects of the article.’

In the article, Dinnerladies star Peake claimed that police tactics that resulted in the death of George Floyd in Minneapolis police were taught by Israeli spies.

Ms Peake, a long-time Labour supporter, told the Independent: ‘The tactics used by the police in America, kneeling on George Floyd’s neck, that was learnt from seminars with Israeli secret services.”

The article led to a backlash with Israeli Police issuing a statement denying Ms Peake’s claims saying ‘There is no tactic or protocol that calls to put pressure on the neck or airway’.

Marie van der Zyl, president of the Board of Deputies, had called for Ms Long-Bailey to delete her tweet and apologise.

She said: As soon as we saw that Rebecca Long-Bailey had shared this we wrote to her detailing how this conspiracy theory is false and requesting she delete her tweet and issue an apology.

‘Rebecca Long-Bailey’s response is frankly pathetic. As someone who aspires to be the next education secretary, we would expect her to read and understand materials before sharing them.

‘If she is incapable of doing this, it raises serious and immediate questions about her suitability for the role.’

In the same piece the actress, a former member of the Communist Party of Britain in Salford, Ms Long-Bailey’s seat in Manchester, took aim at anyone who refused to vote for Jeremy Corbyn – branding them all Conservative supporters. 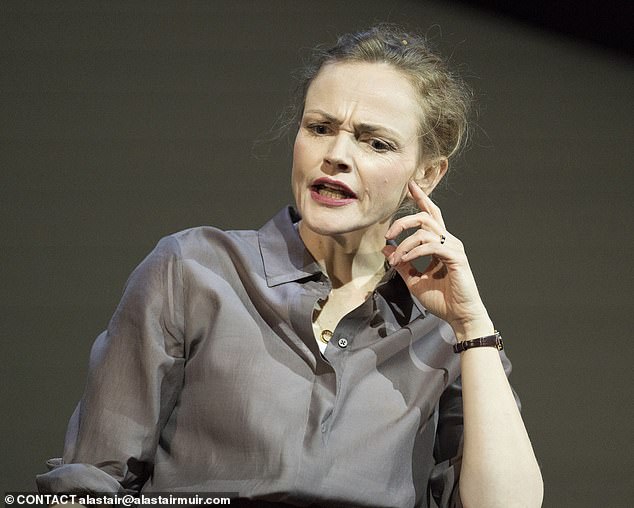 In the article, Dinnerladies star Peake claimed that police tactics that resulted in the death of George Floyd in Minneapolis police were taught by Israeli spies

She said: ‘Those people who were normally Labour supporters who felt they couldn’t vote Labour? Well I’m sorry, they voted Tory as far as I’m concerned. And it breaks my heart, because you know what? I didn’t like Tony Blair, but I still voted Labour because anything’s better than the Tories. There’s a lot of people who should hang their heads in shame. People going, “Oh, I can join the Labour Party again because Keir Starmer’s there,” well shame on you.’

In 2018 the passionate Labour supporter, an outspoken critic of Tory spending on the NHS, was accused of hypocrisy after pocketing taxpayers’ money to appear in an NHS recruitment advert.

The star of hit TV series including Shameless and Silk was paid to do a voice over on a film as part of the health service’s £8 million ‘We Are The NHS’ campaign.

Funded by NHS England and the Department of Health and Social Care, the campaign was launched to coincide with the NHS’s 70th anniversary and features real health workers and patients.

Ms Peake reportedly received a four-figure sum for her contribution. In contrast, in the past celebrities including Nick Hewer and Barbara Windsor have donated their time for free when appearing in publicly-funded health campaigns.