A steroid found to help severely ill coronavirus patients does nothing to help people with milder cases, a new study suggests.

But, in the full report released this week, results showed that patients not receiving any type of oxygen support fared better when receiving usual care rather than the drug.

Since the early findings were first announced, demand for dexamethasone has surged by 610 percent, in some cases outstripping supply of the medication. 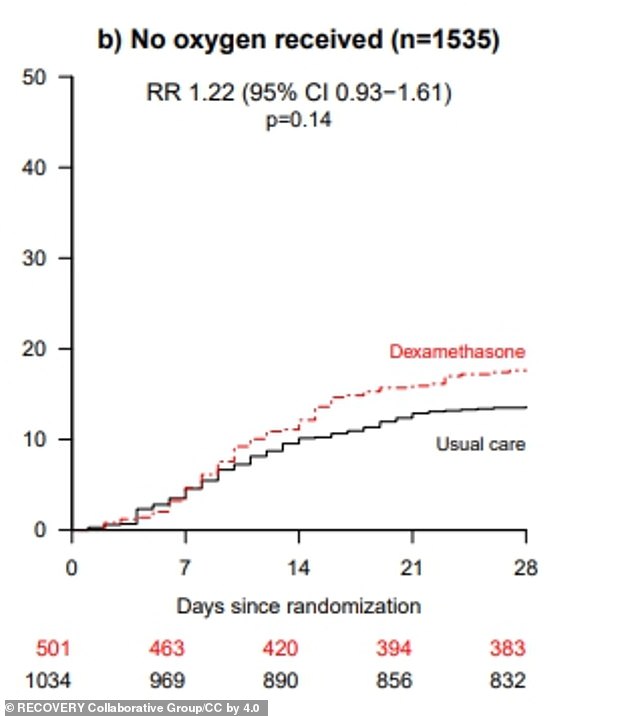 In patients not being given respiratory support, the study found that a slightly higher percentage of those receiving the drug died than those not being given it (pictured)

For the study, published on pre-print site medRxiv.org, the team looked at more than 6,400 patients participating in the UK’s RECOVERY trial.

The trial, run by the University of Oxford, aims to identify treatment for those confirmed or suspected to have COVID-19, the disease caused by the virus.

More than 2,100 patients were given six milligrams of dexamethasone daily for 10 days while more than 4,300 received usual care.

Dexamethasone was found to have the most benefit among patients who were critically ill.

The drug reduced deaths by one-third in patients receiving invasive mechanical ventilation and by one-fifth in those receiving supplemental oxygen.

However, it did not reduce mortality rates in people who were not receiving respiratory support.

Steroids reduce activity of the immune system, which is beneficial in later stages of the virus but harmful in milder and early stage cases. Pictured: A figure shows how dexamethasone was better for severely ill patients, but also how usual care was better for mild cases 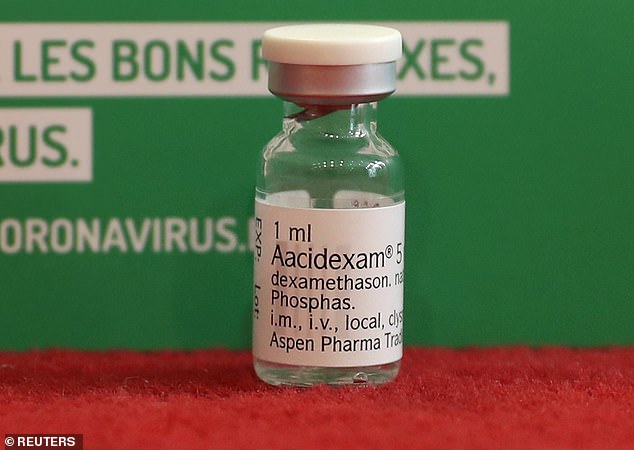 Since preliminary findings were released last week, demand for the drug (pictured) increased by more than 600% in the US

Patients given dexamethasone actually died at slightly higher rate than those who didn’t receive it – 17 percent to 13.2 percent – but not enough to be significant.

Senior author Dr Martin J. Landray, a professor of medicine and epidemiology at Oxford University, told The New York Times that this is likely due to the effect the medication has on the immune system.

Steroids work by decreasing inflammation and reducing activity of the immune system, which can actually harm patients in the early stages of the virus.

‘In the early phase of the illness, the immune system is your friend. It’s fighting the virus, and dampening it is not a good idea,’ Landray told the newspaper.

It’s in the later stages that the immune system becomes the enemy. This is when so-called cytokine storms, which occur when the body doesn’t just attack the virus but also it own tissues and cells, crop up.

‘In the later phase, the immune system is no longer your friend. It’s responsible for the lungs failing, and dampening it down with steroids helps the situation and improves the chance of survival,’ Landray said.

The news that dexamethasone likely only helps severely ill patients hasn’t stopped American doctors from trying to get their hands on it.

Demand in US hospitals for the steroid has spiked more than six-fold, according to Vizient Inc, which buys drugs for half of US hospitals and other healthcare systems.

The purchasing group said more than 2.8 million orders were made for the drug last week, up from 397,500 the previous week.

On the day the preliminary findings were released, June 16, demand increased by 167 percent, according to Vizient. 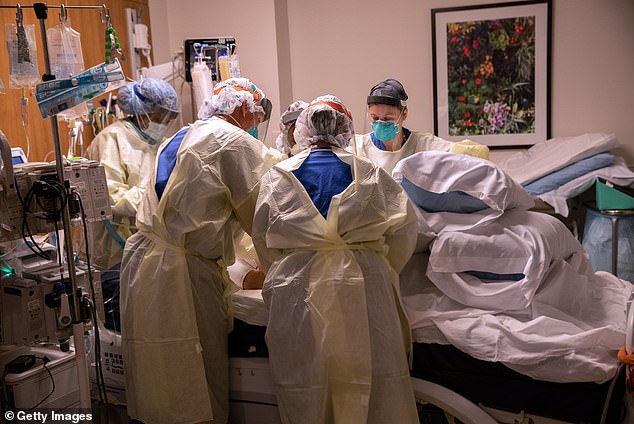 However, the fill rate of the drug fell from 97% to 54%, meaning pharmacies are having a tough time keeping up with demand. Pictured: A prone team turns over a patient with COVID-19 in the ICU at Stamford Hospital in Stamford, Connecticut, April 24 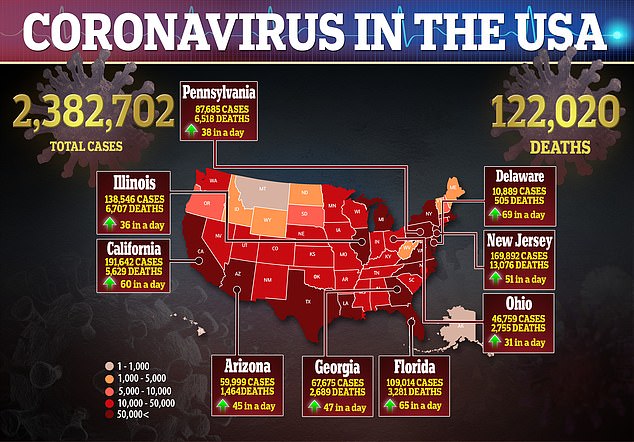 Manufacturers were only able to fill about half of those orders. The fill rate of the drug fell from 97 percent to 54 percent.

This means that pharmacies had a hard time keeping up with demand. Luckily,   many hospitals have been able to treat patients from their own inventories.

‘What we’re hearing from our members is that they are able to treat the patients who do require dexamethasone – they are treating them and they have [the] product,’ Steven Lucio, vice president of pharmacy solutions at Vizient, told Reuters.

‘The concern is, can the market continue to sustain this?’

The US Food and Drug Administration (FDA) has yet to approve emergency use of dexamethasone in coronavirus patients.

What’s more, the FDA says the injectable form of the drug has been in shortage since February 2019. 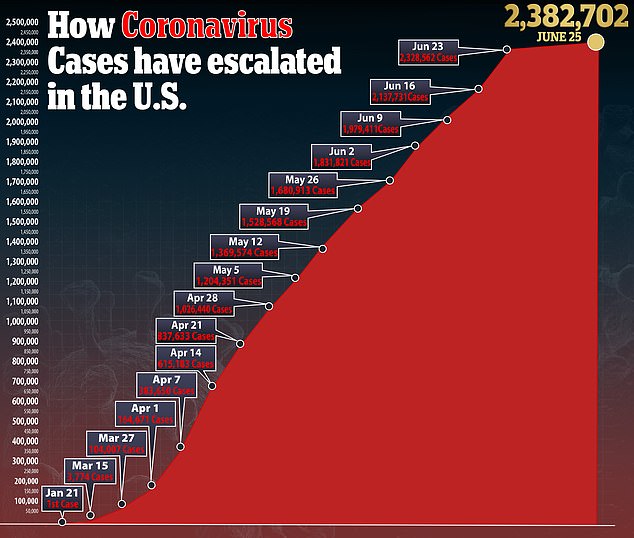