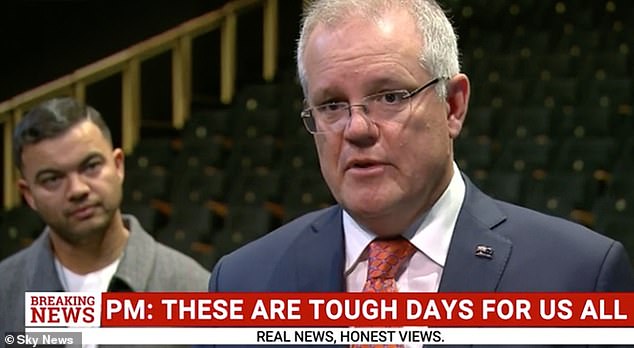 ‘Why is he standing about like a fool behind Scotty?’ Viewers slam Guy Sebastian for attending Scott Morrison’s arts funding announcement – and claim he doesn’t represent ‘struggling artists’

And Guy Sebastian made a surprise appearance at the conference, thanking the Prime Minister after he announced the news.

But viewers were not too pleased and swiftly criticised the Australian singer, 38, for speaking at the funding announcement, claiming he doesn’t represent ‘struggling artists’.

Why is he there? Viewers criticised Guy Sebastian for attending Scott Morrison’s arts funding announcement on Thursday

‘I’m so bloody disappointed in Guy Sebastian right now. I’ve loved Guy and his music for a long time, my heart just broke a little watching that presser,’ one tweeted.

Another wrote: ‘A notably *not* struggling artist who clearly understands what artists have been going through during #COVID19.’

‘Turned it off, couldn’t stand the smug look on Morrison’s face while being praised by Sebastian,’ one person commented. 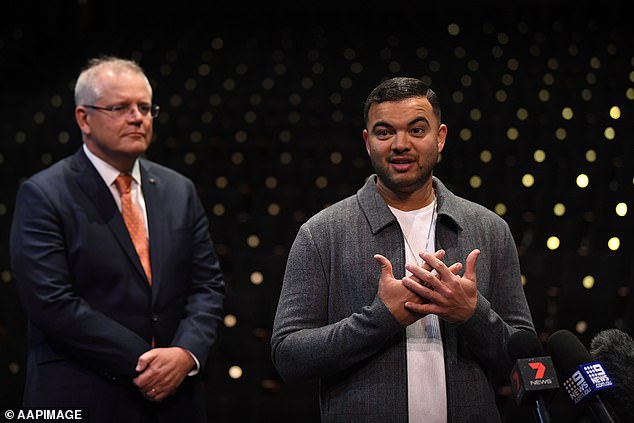 Speech: Guy attended the conference and thanked the Prime Minister after he announced the news

Another said: ‘Why is Guy Sebastian standing about in political statements like a fool behind Scotty? Was unaware he was such a supporter of the LNP.’

‘That’s it, I’m never buying another Guy Sebastian album or going to his concert,’ one wrote.

While some people criticised The Voice co-judge for supporting the announcement, others praised him.

‘Guy Sebastian holds his own opinions on government decisions and people are yet to ask his reasoning before attacking him,’ one wrote.

Another said: ‘Imagine cancelling Guy Sebastian because of his own political views which every person in Australia is entitled to have. You guys are so f**king petty.’ 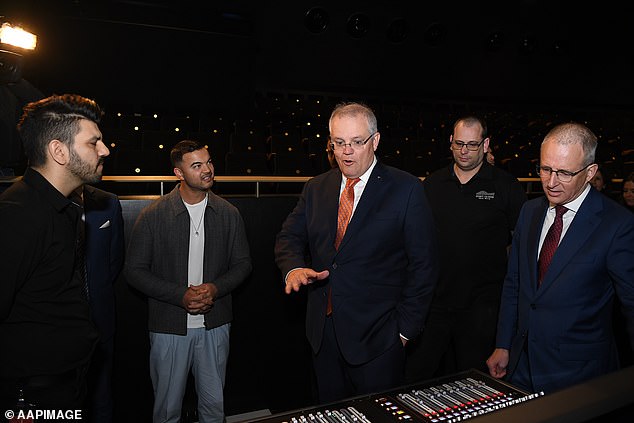 ‘You guys are so petty!’ While some people criticised Guy for supporting the announcement, others praised him