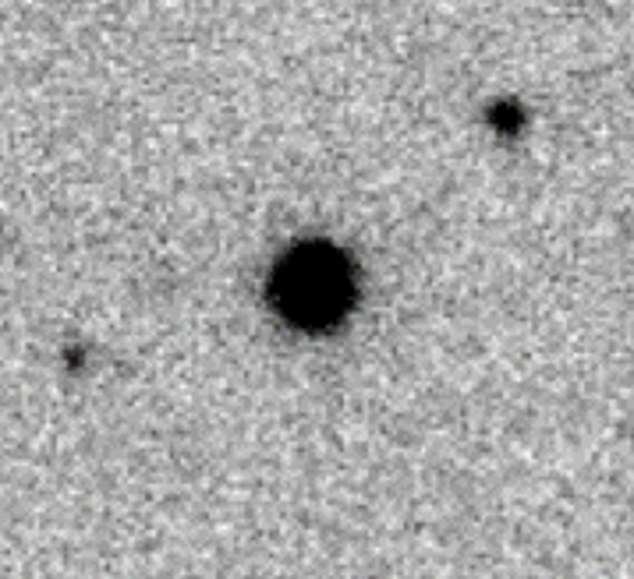 Fastest-growing black hole in the universe is 34 BILLION times the mass of our sun and gorges on nearly the equivalent of one entire sun every day, study reveals

The fastest-growing black hole in the universe is 34 billion times the mass of our sun and consumes the equivalent of entire sun every day, a new study has revealed.

Scientists say the black hole – dubbed J2157 – is an astonishing 8,000 times bigger than the one at the centre of our galaxy, the Milky Way, which is just four million times larger than our sun.

To grow to the same size, it would need to take in around two thirds of the stars that make up the Milky Way.

J2157 is far away from Earth, with light from its location needing to travel for billions of years before it reaches our planet. As a result, scientists can only view it at 1.2 billion years old – less than a tenth of its current age.

It stops short of the largest black hole, Abell 85, which has a mass of 40 billion suns.

The fastest-growing black hole – J2157 – is pictured centre. It is billions of years from Earth, leaving scientists viewing it at 1.2 billion years old, less than a tenth of its current age

The fastest-growing black hole was first identified in 2018 by scientists at the Australian National University.

Since then they have been working to calculate its mass, and their results have been published today in Monthly Notices of the Royal Astronomical Society.

‘We knew we were onto a very massive black hole when we realised its fast growth rate,’ said team member Dr Fuyan Bian, an astronomer at the European Southern Observatory (ESO).

‘How much black holes can swallow depends on how much mass they already have.

‘So, for this one to be devouring matter at such a high rate, we thought it could become a new record holder. And now we know.’ 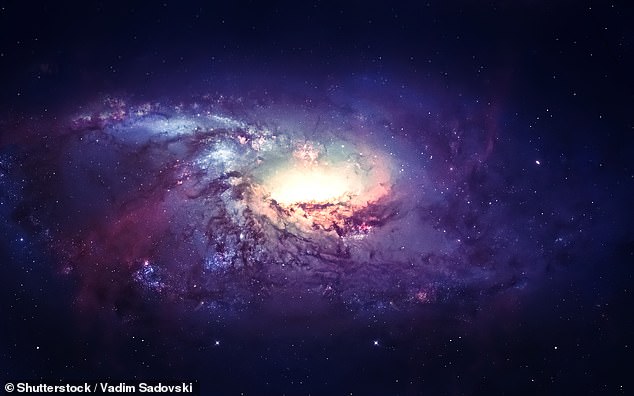 The black hole is far larger than the one at the centre of our galaxy, the Milky Way, which is only four million times larger than our sun 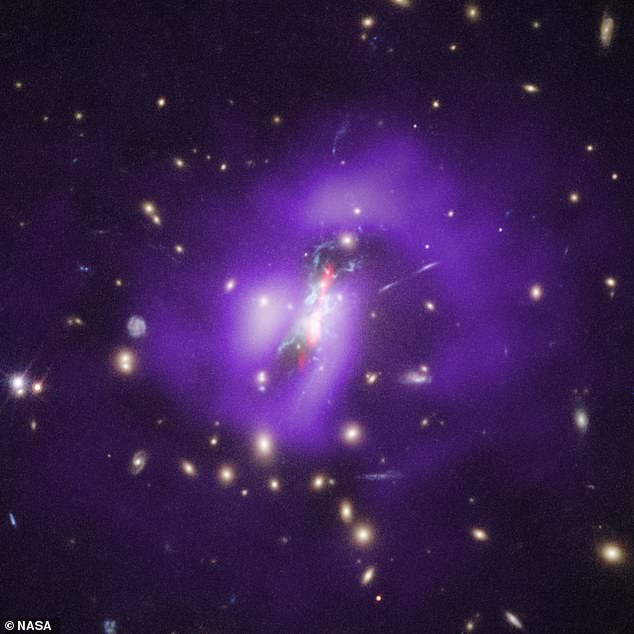 Black holes are so dense and their gravitational pull is so strong that no form of radiation can escape them – not even light.

They act as intense sources of gravity which hoover up dust and gas around them. Their intense gravitational pull is thought to be what stars in galaxies orbit around.

How they are formed is still poorly understood. Astronomers believe they may form when a large cloud of gas up to 100,000 times bigger than the sun, collapses into a black hole.

Many of these black hole seeds then merge to form much larger supermassive black holes, which are found at the centre of every known massive galaxy.

Alternatively, a supermassive black hole seed could come from a giant star, about 100 times the sun’s mass, that ultimately forms into a black hole after it runs out of fuel and collapses.

When these giant stars die, they also go ‘supernova’, a huge explosion that expels the matter from the outer layers of the star into deep space.

The black hole, also known as a quasar due to its size, was examined through the ESO’s large telescope in Chile, where measurements were recorded to estimate get the black hole’s mass.

Estimates also found that it is the most luminous black hole on record, which is thought to be a consequence of its size.

‘With such an enormous black hole, we’re also excited to see what we can learn about the galaxy in which it’s growing,’ said Dr Christopher Onken, who was involved in the study.

‘Is this galaxy one of the behemoths of the early Universe, or did the black hole just swallow up an extraordinary amount of its surroundings? We’ll have to keep digging to figure that out.’

It is hidden within the massive galaxy Holm 15A, 700 million light-years from Earth, which scientists think formed when several galaxies were smashed together.

A team of astronomers came up with the estimate for its mass after capturing images of the stars in orbit around the hole, and using a model to calculate its size.

‘The supermassive black hole of Holm 15A is not only the most massive one to date, it is also four to nine times larger than expected,’ said Kianusch Mehrgan, at the Max Planck Institute for Extraterrestrial Physics in Germany.

Their work was published in the journal arXiv ahead of publication.

The preliminary paper announcing the black hole’s discovery said it had a mass of around 260 billion, at a guess.

It has been suggested that two galaxies and their black holes merged in order to form Abell 85.