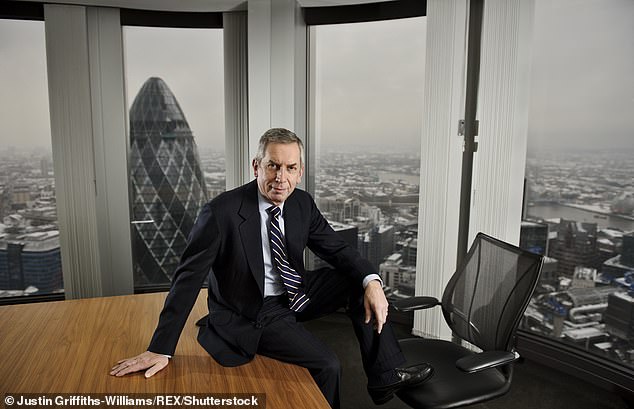 Hargreaves Lansdown has relaunched its best buy fund list just over a year after it was heavily criticised for sticking with Neil Woodford’s stricken fund for too long.

Hargreaves said that Fundsmith had ‘an impressive track record’ and would have made the cut but it could not get the regular access to the manager and updates it needed to feature on the list.

Terry Smith’s Fundsmith Equity is an investor favourite that has delievered strong performance over the years, but it has once again failed to make Hargreaves Lansdown’s best buy list

Hargreaves Lansdown said the new Wealth Shortlist and its Fund Finder tool came after it had ‘listened and learned and taken action’ over previous criticism of its highly influential fund recommendations.

No funds have been removed from the previous Wealth 50 but 17 new funds have been added. Another highly popular fund manager Lindsell Train also remains off the list, due to its funds’ large holdings of Hargreaves Lansdown shares.

Emma Wall, head of investment analysis at Hargreaves Lansdown, said: ‘Our clients own more than 10 per cent of Fundsmith Equity and it is one of the most popular funds on our platform.

‘We really like the clear philosophy and consistent process – as well as the impressive track record. However, it is a requirement for our analysis that we can we have regular access to the fund manager and monthly holdings and liquidity data.

‘We need this data in order to do full qualitative and quantitative analysis of the fund and the manager’s track record, determine how we might expect the fund to perform in the future, and keep up to date with portfolio changes.

‘Some fund managers do not provide this data on a regular enough basis, and therefore we are unable to do the necessary analysis, including Fundsmith who prefer to provide data on a six-month basis rather than monthly.’

‘Analysis of the latest data we have suggests that it is likely Fundsmith would make the list, but we can’t make exceptions to our enhanced commitment to governance and risk management.’

The Wealth Shortlist has some passive tracker funds but still contains no investment trusts.

Hargreaves Lansdown has previously said that as investment trusts are listed on the stock exchange – meaning that investors must buy shares to put money in – they may struggle to cope with demand from a flood of savers’ cash when they are tipped.

Investing platforms’ best buy lists have come under greater scrutiny in the wake of the collapse of Neil Woodford’s Equity Income fund.

The fallen star investor’s flagship fund was frozen in summer last year, after poor performance and a drift in its investing style towards risky unlisted companies saw investors rush for the exit. 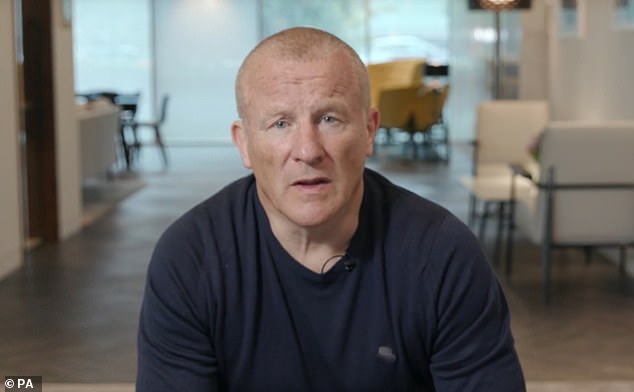 Hargreaves Lansdown had stuck by Woodford and continued to recommend his fund up until the shutters were pulled down, arguing that his long investment track record justified the belief that he could turn things round.

Hargreaves openly discussed why it was sticking with Woodford in January 2019 – five months before the fund was frozen – in response to criticism for doing so when it slimed down the Wealth 150 to a Wealth 50.

However, after investors were locked into Woodford’s fund last June, some of its customers said the platform should have more clearly flagged how far Woodford had drifted from the large company income investing that had made his reputation.

The DIY investing giant apologised to its investors and has since overhauled its selection process, although it said the new list ws evolution not revolution.

It says it has placed a greater focus on transparency, to help investors understand why funds have been chosen, and also looked at performance potential.

In a sign that it was looking to avoid a repeat of the Woodford saga, Hargreaves said analysis considered the ‘processes and the culture of management companies’ and that it had introduced ‘further risk monitoring and control – this includes analysis of additional data points and building further challenge into the investment process’.

Separate committees will also consider funds that are added to or removed from the Wealth Shortlist and those that are bought by its own-brand multi-manager funds.

Again with Woodford, Hargreaves Lansdown had come under fire for a potential conflict of interest between the fund appearing on its best buy list and in its fund-of-funds.

Holly Mackay, of investing website Boring Money, said: ‘It’s interesting that Hargreaves Lansdown has backtracked on its long-held insistence that any funds in their shortlist have to negotiate preferential discounts, or take a hike.

‘Ironically, whilst this removes any talk of ‘pay to play’ behaviour, it also diminishes the power of Hargreaves’ big boot when it comes to getting the cheapest fees in town for their customers.”

The Wealth Shortlist has launched with 68 funds, whereas the Wealth 50 actually had 51.

Hargreaves had stood accused of only featuring funds that offered it a discount on charges and said that 16 of the 68 Wealth Shortlist funds do not have discounts or loyalty bonuses.

A new charges comparison feature should help investors looking to push down costs that eat into their returns.

Ms Wall said: ‘We have been running the new investment process for some months and honed the Wealth 50 to the funds in which we had the highest conviction.

‘Therefore today we are announcing no further removals, only 17 new additions to form the Wealth Shortlist which are the produce of our new enhanced investment process.