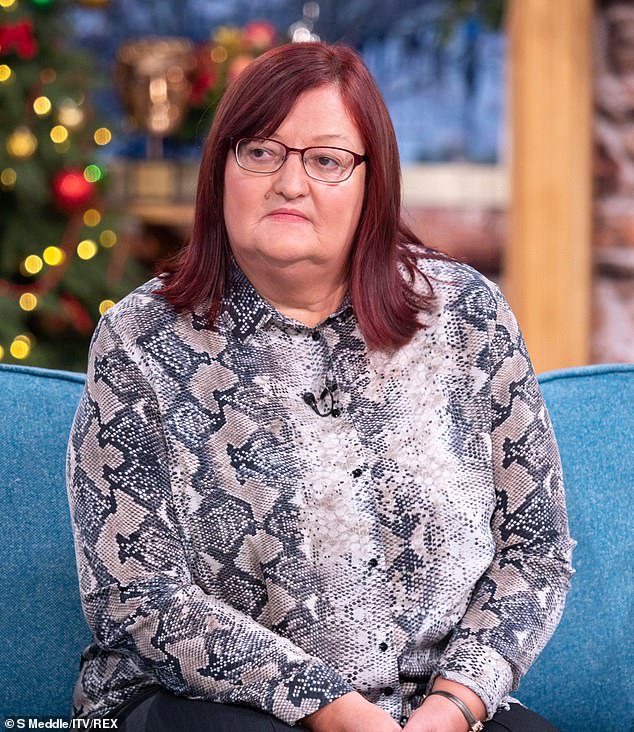 A British woman who spent £100,000 on her Sri Lankan husband before he was murdered in an alleged blackmail plot three years ago is fighting to recover her money.

Diane Peebles, 61, from Edinburgh, was dubbed the ‘British Shirley Valentine’ after she fell in love with hotel worker Priyanjana De Zoysa, who was 33 years her junior, and sold her home and quit her job in Scotland to be with him in 2011.

Now, three years after her late partner, 26, was shot dead in 2017 in a suspected mafia-style gang killing, Ms Peebles is trying to regain some of the life savings she lost during her marriage.

Ms Peebles claims she spent £60,000 to Mr De Zoysa to build a three-bedroom villa next to his parents’ home and placed the property in her husband’s name due to the complex laws and taxes governing the purchase of Sri Lankan property by foreigners.

Diane Peebles (pictured), 61, from Edinburgh, is trying to regain some of the life savings she lost during her marriage to her late Sri Lankan husband

She also spent £31,000 to buy a Toyota Hiace people carrier which her husband could use to set himself up as a taxi driver.

Soon after purchasing the vehicle, she paid out another £350 for repairs, and her husband also asked for money to fit additional seats in the back, as well as insurance.

However the widow is now seeking the help of a Scottish lawyer to recover some of her assets and will prove that she paid for the property in Sri Lanka which her late husband’s family now reside in.

She told The Daily Record: ‘My two brothers-in-law and their wives and children are living in my home now rent-free. They don’t deserve to live there.

‘That house was built on the work I put into my career over many years and I have nothing to show for it. That can’t be right.’

She added: ‘I know it’s complicated but bank records will show my money paid for the house and many other things.’

After selling her flat in East Lothian for £105,000 and taking an early retirement from her job with Edinburgh City Council, Ms Peebles moved to Sri Lanka permanently in February 2015.

She returned to Scotland in June when her husband got a job in the country’s capital Colombo before deciding to return to the country in September because she ‘really missed’ her husband.

However in 2016, following her return to the South Asian country, the pensioner discovered a Valentine’s Day card addressed to Mr De Zoysa which read ‘to my husband’. 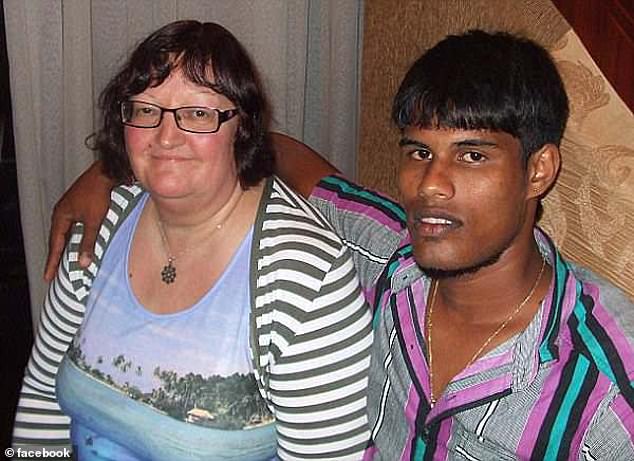 Ms Peebles fell in love with hotel worker Priyanjana De Zoysa (pictured together), who was 33 years her junior, in 2011 and married him in Sri Lanka seven months after meeting him

Despite Mr De Zoysa’s claims that the card was a ‘prank’ from a friend, Ms Peebles soon learnt that her husband was also married to an 18-year-old local girl after finding his marriage certificate written in Sinhalese.

On May 30, 2017, as Ms Peebles tried to grapple with the situation she found herself in, Mr De Zoysa was shot dead by a gang who his widow claims were trying to blackmail him for money.

Speaking to This Morning in 2018, Ms Peebles said: ‘He was at a friend’s house and after he got murdered I was told that people were jealous because he had a house and mini bus. He also had a tuk-tuk and they maybe thought he was rich.’

The traumatic incident left Ms Peebles trapped in Sri Lanka and saw her late husband’s family stop her from going outside due to the possible danger she might find herself in.

In 2017, the Scottish woman told MailOnline she believed her marriage to her late husband was ‘all about the money’, adding: ‘I should have realised it was just about the money. My friends thought that he was just marrying me for the money.

‘Once I came out here he wanted money all the time.’

After getting in touch with the British Consulate in Colombo, Ms Peebles eventually escaped the country the following year with the help of friends and a retired police officer.

She told viewers on This Morning: ‘All my friends and family told me not to go over. But I thought he loved me, and I loved him. You do silly things when you’re in love.’