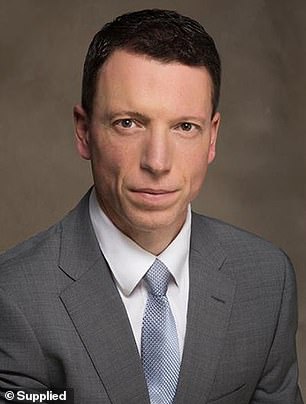 Icke is known for espousing absurd conspiracy theories, some of which relate to Holocaust denial and the idea that bloodthirsty Jewish ‘lizard people’ secretly control the world. 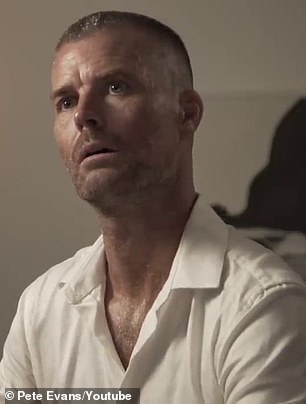 Most recently, Icke bizarrely claimed that Jewish cultists or ‘Sabbatean Frankists’ were responsible for the coronavirus pandemic.

Dr Dvir Abramovich, who is the chairman of the Anti-Defamation Commission, had successfully campaigned to revoke Icke’s visa to tour Australia in 2019.

While Evans’ podcast interview with Icke has not yet been published, the decision to give him a platform is, according to Dr Abramovich, indefensible. ‘Mr Evans may choose to put the blinders on and conveniently ignore the facts, but we won’t’: While Evans’ podcast interview with Icke (pictured) has not yet been published, the decision to give him a platform is, according to Dr Abramovich, indefensible

What is Holocaust denial and distortion?

Denial and distortion of the Holocaust refers, among other things, to:

Intentional efforts to excuse or minimise the impact of the Holocaust or its principal elements, including collaborators and allies of Nazi Germany;Gross minimisation of the number of the victims of the Holocaust in contradiction to reliable sources;Attempts to blame the Jews for causing their own genocide;Statements that cast the Holocaust as a positive historical event. Those statements are not Holocaust denial but are closely connected to it as a radical form of antisemitism. They may suggest that the Holocaust did not go far enough in accomplishing its goal of “the Final Solution of the Jewish Question”;Attempts to blur the responsibility for the establishment of concentration and death camps devised and operated by Nazi Germany by putting blame on other nations or ethnic groups.

‘It beggars belief that Mr Evans is giving a thumbs-up and mainstreaming and legitimising a hate-preacher who has a long-standing record of peddling antisemitic conspiracy theories and stomach-churning bigoted rants,’ Dr Abramovich told Daily Mail Australia on Tuesday.

‘Pete Evans is dead wrong on this this issue, and should do some serious soul-searching about his morally indefensible conduct.’

It is not suggested that Evans endorses the views of Icke relating to Holocaust denial or the Jewish people. 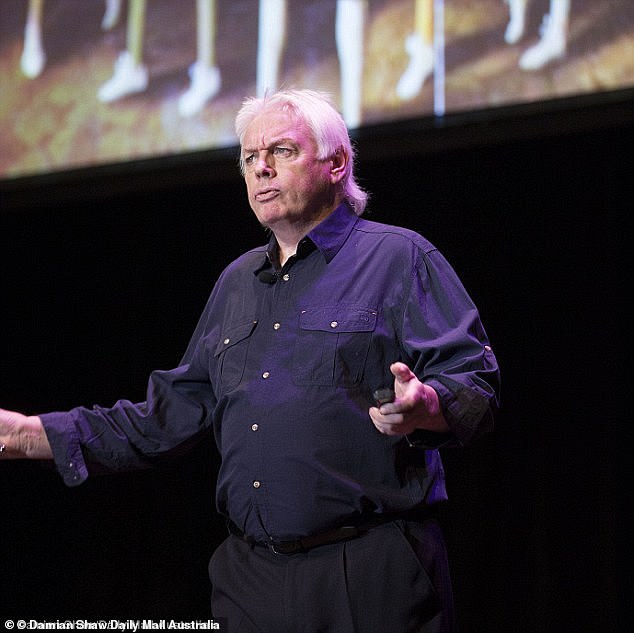 Holocaust denier: Icke (pictured) has previously advocated for Holocaust denial to be taught in schools, and believes that Jews bankrolled Adolf Hitler

Dr Abramovich explained that Evans’ decision to feature Icke on his podcast was ‘a slap in the face’ to Holocaust survivors and a ‘kick in the stomach’ to those who died fighting the Nazis.

‘Mr Evans may choose to put the blinders on and conveniently ignore the facts, but we won’t,’ Dr Abramovich said.

Icke has previously advocated for Holocaust denial to be taught in schools, and believes that Jews bankrolled Adolf Hitler. Time to shelve: Dr Abramovich, who has personally reached out to Evans himself, said, ‘We urge Pete Evans to shelve this podcast and to apologise for his lapse in judgement’

He has also claimed Jews were behind the slave trade, caused the 2008 Global Financial Crisis and staged the 9/11 terrorist attacks.

Icke’s 1995 book, And The Truth Will Set You Free, is littered with Holocaust denial rhetoric, including the claim that ‘the Holocaust cannot avoid exposure to proper debate for very much longer’.

‘Giving Icke a voice and a platform is profoundly shameful, and will only bolster the credibility of this demagogue of hate and his extremist slurs,’ Dr Abramovich said.

Bad move: Evans promoted his upcoming interview with Icke via Instagram on Monday night, writing: ‘Just finished a two hour podcast with @davidickeofficial. Thank you David for a stimulating and enlightening conversation into the realm of infinite possibilities’

Dr Abramovich, who has personally reached out to Evans himself, continued: ‘We urge Pete Evans to shelve this podcast and to apologise for his lapse in judgement.

‘This is not who we are as Australians, and this podcast sends the wrong signal about our nation and violates our core values of tolerance, diversity and respect.’

Icke was banned from YouTube in May for making dangerous and unproven claims about COVID-19, including drawing links between the virus and 5G technology.

In the same month, Facebook removed Icke’s page from its platform for publishing ‘health misinformation that could cause physical harm’.

‘Thank you David for a stimulating and enlightening, heart opening conversation into the realm of infinite possibilities.’

March 2015: His book is pulled from shelves due to its bone broth recipe for infants

April 2017: Pete campaigns against the ‘mass fluoridation of public water’

December 2018: Pete reveals he looks directly into the sun

April 2020: Pete’s ketogenic recipe book is slammed by health professionals and he is fined for promoting his ‘healing lamp’

May 2020: Reveals he is an anti-vaxxer during Kyle And Jackie O radio interview

June 2020: Shares his conspiracy theories about COVID-19 on 60 Minutes