Body is found in the hunt for missing British diplomat, 52, who disappeared after going for a run - healthyfrog Skip to content 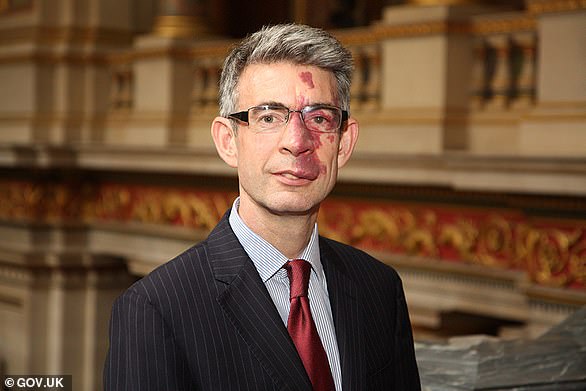 Richard Morris was born on November 1, 1967 in Worcestershire.

He studied for a BA Hons in English literature from Aberystwyth University (which included a one-year scholarship to the University of Illinois).

He was awarded an MBA from Aston University.

He undertook contract work for Touche Ross Management Consultancy as part of his MBA.

He entered the Foreign and Commonwealth Office via an open competition (1990).

Richard Morris, 52, (pictured) was last seen at 10.50am on Wednesday, May 6, in Alton. He went missing from his home in Bentley that day

Mr Morris married wife Alison in 1992 and they have one daughter and two sons.

He has held multiple roles in the Foreign and Commonwealth Office over a nearly 30-year career.

Head of Assistance Group in Consular Directorate in the Foreign and Commonwealth Office (2001 to 2004).

Deputy head of mission and consul general at the British Embassy in Mexico City (January 2005 to June 2008).

Between 2008 and 2012 he was consul general in Sydney and director general of trade and investment for the Australasia region.

Mr Morris was head of the Foreign & Commonwealth Office’s pacific department from 2013 to 2015.

He is due to begin a new role as British High Commissioner to the Republic of Fiji in July 2020.

He is also a Fellow of the Chartered Institute of Marketing (FCIM) and of the Royal Society for Arts, Manufacture and Commerce (FRSA).