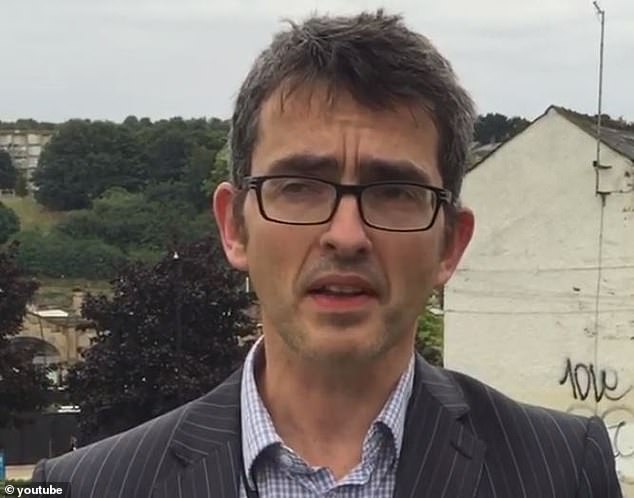 By Chris Brooke for Daily Mail

The public health chief of a city not in a hotspot area has controversially told all secondary schools that masks should be worn by pupils and staff in communal areas.

Instead of leaving the decision to individual head teachers, Greg Fell, the director of public health in Sheffield, has advised all secondary schools, colleges and universities to implement the safety-first policy.

Under the latest Government guidance, staff and children in schools in hotspot areas – where local lockdown restrictions are in force – have been told to wear face coverings in corridors and communal areas indoors.

Instead of leaving the decision to individual head teachers, Greg Fell (pictured), the director of public health in Sheffield, has advised all secondary schools, colleges and universities to implement the safety-first policy

In other low-risk towns and cities, the precautionary mask policy is only supposed to be ordered by education leaders ‘where social distancing cannot be safely managed’.

Mr Fell’s move was criticised yesterday by Chris McGovern, chairman of the Campaign for Real Education, as unnecessary interference.

He said: ‘He needs to keep his nose out of this and respect the common sense and intelligence of the majority of people and head teachers.’

Elsewhere, the decision by individual heads to order mask wearing in communal areas has met with a mixed response.

One such announcement by the head of the Trinity Academy in Doncaster prompted criticism by parents on the school’s Facebook site.

Keira Smith said: ‘So you can’t get Covid in the classrooms but you can get it in the corridors? What a joke.’

Another user wrote: ‘All this does is send the children’s mind into overdrive and panic. What the school should be doing is calming and reassuring the pupils.’

So what are the official rules?

Under the latest Government guidance there is no general need for children to wear masks in schools.

Face coverings are not required in classrooms, even in higher-risk areas.

In hotspot areas both staff and secondary school pupils should wear face coverings ‘when moving around indoors, such as in corridors and communal areas where social distancing is difficult to maintain’.

In parts of the country with no special rules, head teachers have the discretion to require masks in communal areas ‘where social distancing cannot be safely managed’.

But classrooms should be mask-free zones.

The guidance states: ‘Face coverings can have a negative impact on learning so their use in the classroom should be avoided.’