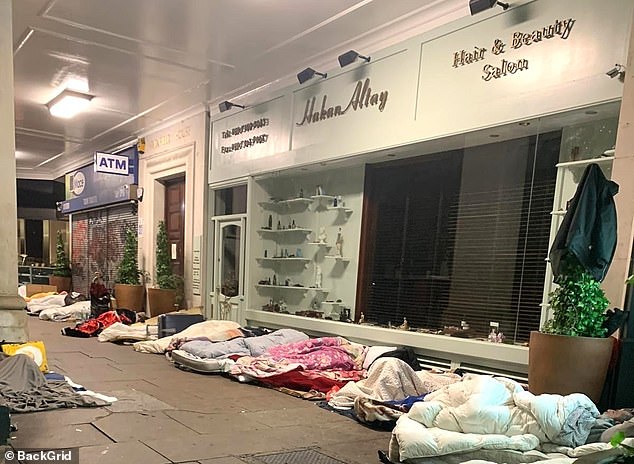 Dozens of people have been spotted sleeping rough on one of London’s most exclusive streets amid worries of a spike in homelessness.

More than twenty Eastern European men and women set up makeshift beds out of cardboard and dumped mattresses in front of luxury car showroom on Park Lane last night, metres from a string of five-star hotels.

A shopkeeper who asked to remain anonymous said the group were ‘mostly from Romania’ and would pitch up at 8.30pm each night.

He added that while they were peaceful, he was concerned that the size of the group sleeping rough had ‘increased a lot’.

More than twenty men and women set up makeshift beds out of cardboard and dumped mattresses in front a Mercedes car showroom on Park Lane last night, metres from a string of five-star hotels

‘I only see them at night, I don’t know many but there were a lot there yesterday. And in the morning I am left to clear up their mess,’ he said.

It comes at a worrying time for homelessness charities, as it is claimed hundreds of vulnerable people who had been staying in hotels since the start of lockdown have been kicked out while the pandemic is still ongoing.

Almost 15,000 rough sleepers have been housed in hotels or emergency accommodation since the lockdown began under the ‘Everyone In’ scheme, whereby local authorities in the UK were required to house rough sleepers with a £3.2m pot of funding from central government.

Most contracts for the project were scheduled to continue past June, but it is feared a large number of people have already been made to leave the hotels. 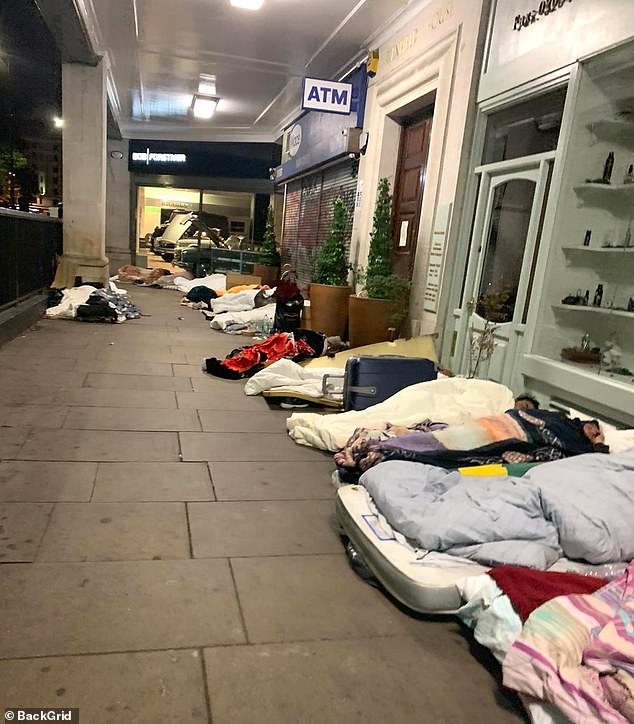 A shopkeeper who asked to remain anonymous said the group were ‘mostly from Romania’ and would pitch up at 8.30pm each night

Last week, charities warned the nation could face a wider homelessness crisis after Government statistics showed more than 75,000 households were homeless or at risk of becoming so before lockdown.

Some 36,690 households were classified as being homeless between January and March this year, according to statistics from the Ministry of Housing, Communities and Local Government (MHCLG).

A further 38,450 households were assessed as being threatened with homelessness within 56 days over the same period.

Homelessness charities said the numbers showed many households had been ‘badly affected’ even before the worst of the coronavirus pandemic hit.

They fear rising job losses caused by the crisis and the end of a ban on evictions on Monday will lead to a spike in homelessness unless ministers take urgent action. 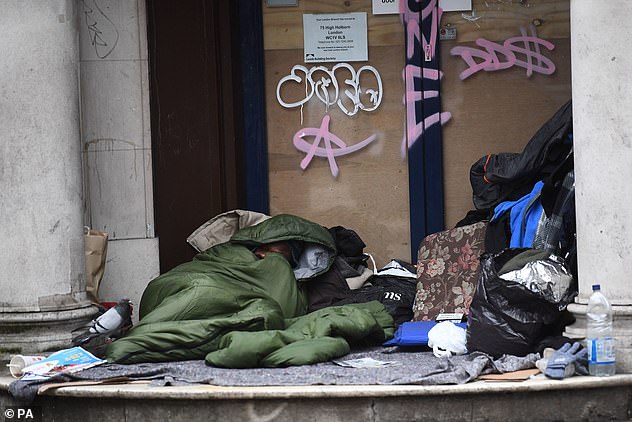 Some 36,690 households were classified as being homeless between January and March this year, according to statistics from the Ministry of Housing, Communities and Local Government (MHCLG)

‘Thousands more renters have since had their lives turned upside down as the country descends in economic free-fall.

‘With daily news of new job cuts and the eviction ban set to lift on Monday, the coming months are likely to see a devastating homelessness crisis unfold unless the Government steps in to safeguard people’s homes. Some may even face sleeping on the streets as councils struggle to cope with the intense pressure on oversubscribed services.’

Jon Sparkes, chief executive of Crisis, echoed a similar sentiment and said: ‘Since March, the temporary eviction ban has protected thousands of renters from losing their home, allowing them to isolate safely and protect their health during this pandemic.

‘What we face now is a backlog of evictions from earlier in the year as the ban lifts and the courts begin processing these previous claims, alongside a potential wave of new evictions as the economic impact of the pandemic starts to bite.’

Labour has called for the ban on evictions in England, introduced in March, to be extended until the Government has introduced new measures to protect tenants who are facing financial difficulties caused by coronavirus from losing their homes.

The total number of households considered homeless or at risk (75,140) between January and March was 2.4 per cent higher than the equivalent period last year.

There was a greater annual rise in the number of households considered homeless – 7.6 per cent up from the 34,110 households in the same quarter in 2019. Single households accounted for 88.4% of the increase. 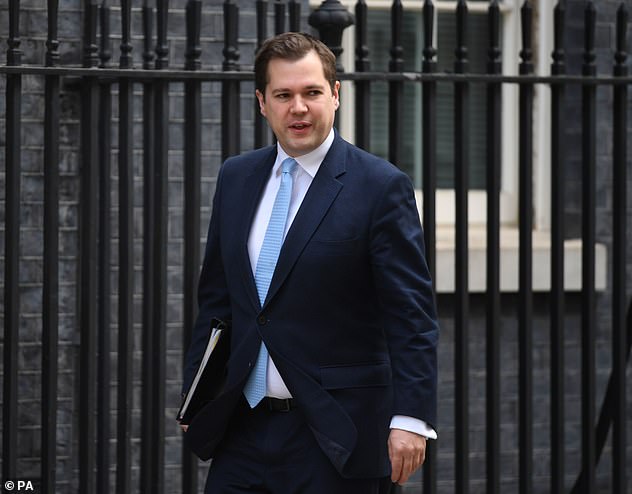 Robert Jenrick, the Housing Secretary, is under pressure to extend a ban on evictions in England

The MHCLG said many of these households would not have been eligible for help prior to the Homelessness Reduction Act which came into force in 2018.

Therefore, it said, it is unclear if the rise is due to more households becoming homeless or more being offered help.

The figures show that less than half of the homeless or at risk households (36,200) were able to secure accommodation for at least six months.

At the end of the three-month period, on March 31, there were 93,000 households in temporary accommodation – an annual rise of 9.4 per cent.

The department said this may be linked to the Government’s Everyone In scheme, which saw councils asked to urgently bring homeless people into safe accommodation due to the coronavirus crisis.

The figures also show that 19,160 households – a quarter of those which applied for help to prevent homelessness – were renting from a private landlord.

Of the households facing homelessness, a fifth (15,130) lost their last stable home due to the ending of a private tenancy.