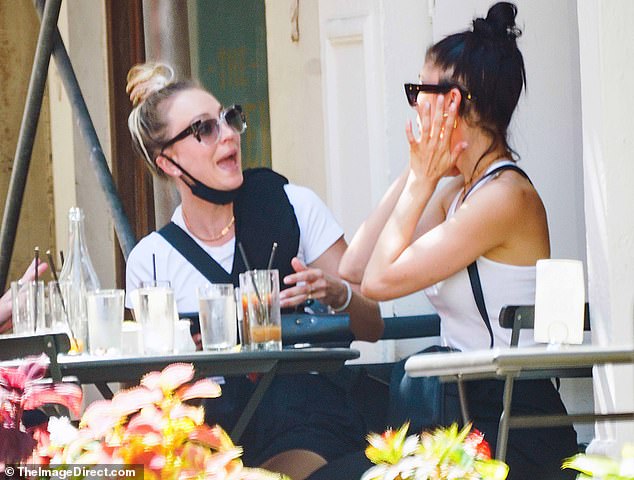 Kaley Couco and her sister Briana have been spending some time between New York and The Hamptons this summer as they prepare to get back to work in the city.

On Sunday, the 34-year-old Big Bang Theory actress and her 31-year-old performer sister were spotted enjoying each other’s company over an al fresco brunch in Manhattan as the two put on an animated display.

For their weekend outing, the sisters looked put together as they matched in black bottoms and white T-shirts while chatting over iced coffee at a table with friends in Tribeca.

Sister sister: Kaley Cuoco, 34, and her sister Briana, 31, were spotted dining al fresco in NYC on Sunday. The performers put on an animated display in matching outfits as the chatted over iced coffee

Kaley wore black summer shorts with a loose tie and a tucked white t-shirt. She threw on a pair of simple flip flops and a crossbody messenger bag, capping off the look with a pair of black and white statement sunglasses and delicate gold jewelry.

In tow for the lunch outing was Kaley’s pooch, Dumpy, who was nestled in a dog carrier. Both sisters tried to combat the New York heat as they tossed their tresses into topknots.

After brunch, Kaley could be seen taking her rescue dog out for a stroll by the water. 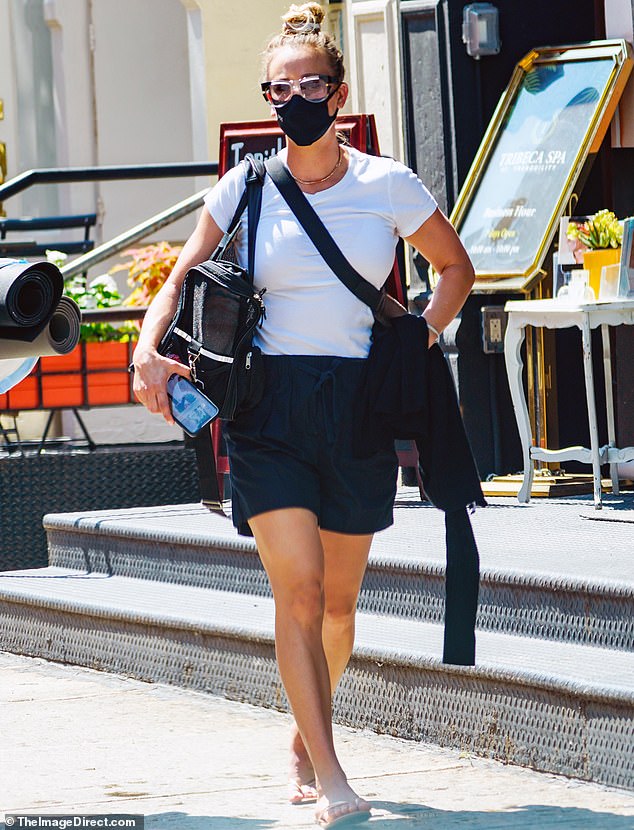 On the move: Kaley and her rescue pup Dumpy could be seen leaving their brunch in Tribeca before going on a walk in the neighborhood 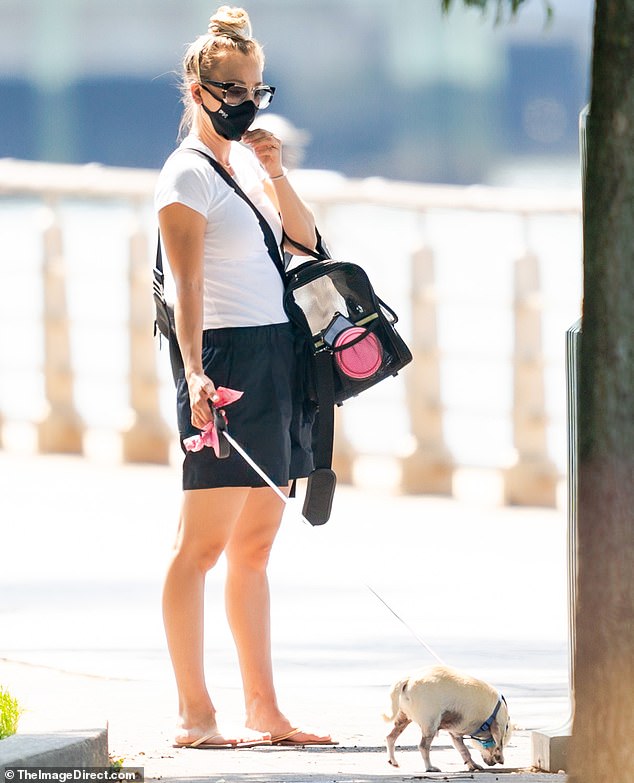 Back to work: The actress has been preparing to get back to work on her HBO Max series, The Flight Attendant which had stopped down due to the pandemic. Kaley will serve as star and executive producer on the show

Later that evening Kaley shared with her Instagram followers that she had set two very early phone alarms as the actress prepared to get back to work on her HBO Max series, The Flight Attendant, which had stopped filming due to the pandemic.

Cuoco – who is both star and executive producer of the show – revealed on social media that it had been a full calendar year since they first started shooting and she was excited to pick up production again, revealing that they had been taking all necessary protocols to start up safely.

She said everyone would be getting tested every few days in addition to having to wear masks and keeping social distance. The actress joked she was ready to ‘land this plane.’

The animal lover could be seen indulging in her morning caffeine fix as she showed her gorgeous city view to her 6.1M followers saying that this would be her home for the next few months. 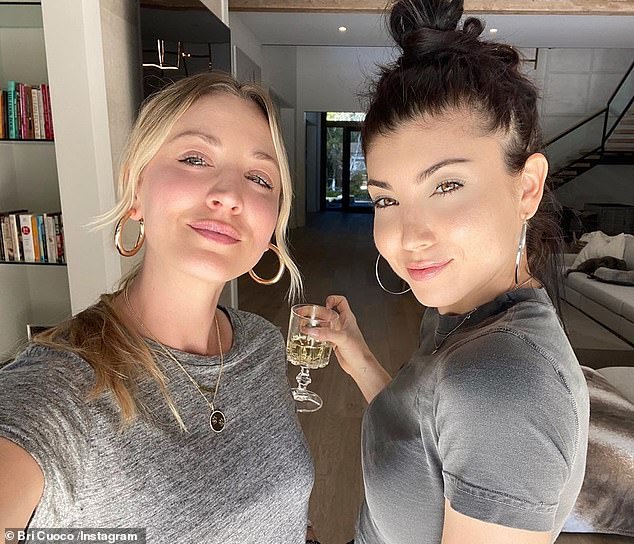 Working together: Kaley’s sister Briana has appeared on a few episodes of The Big Bang Theory with Kaley, but this will be the dancer and actresses first major recurring role in a television show

The show is based on a novel by New York Times best-selling author, Chris Bohjalian and it centers around a flight attendant that wakes up in the wrong hotel with a dead man, and has no idea what happened. After discovering the book three years ago Kaley decided she wanted to turn it into a show.

Her sister Briana was on Season five of The Voice and also has appeared on shows like NCIS and Criminal Minds. The actress and dancer will have a recurring role on her sister’s  show and will likely be cohabitating in Kaley’s city apartment until production wraps.

While in NYC, Kaley’s husband of two years equestrian, Karl Cook, 29,  has been back at their home in Los Angeles. The couple met randomly at a horse show in 2016  and have been together ever since. 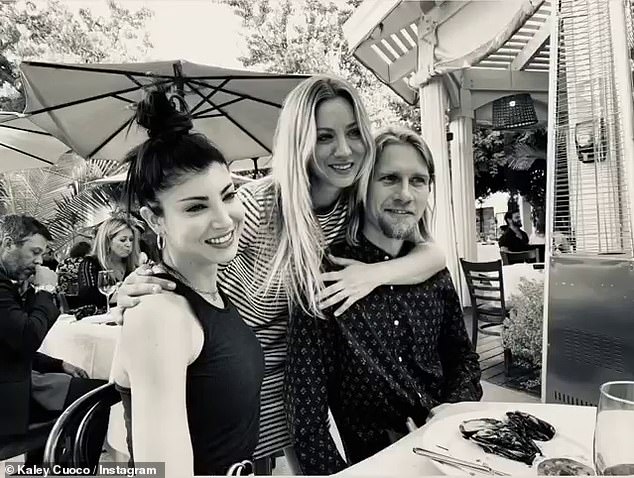 Three’s company: Kaley poses for a photo with her sister Briana and husband Karl Cook, whom she wed two years ago after they met randomly in 2016