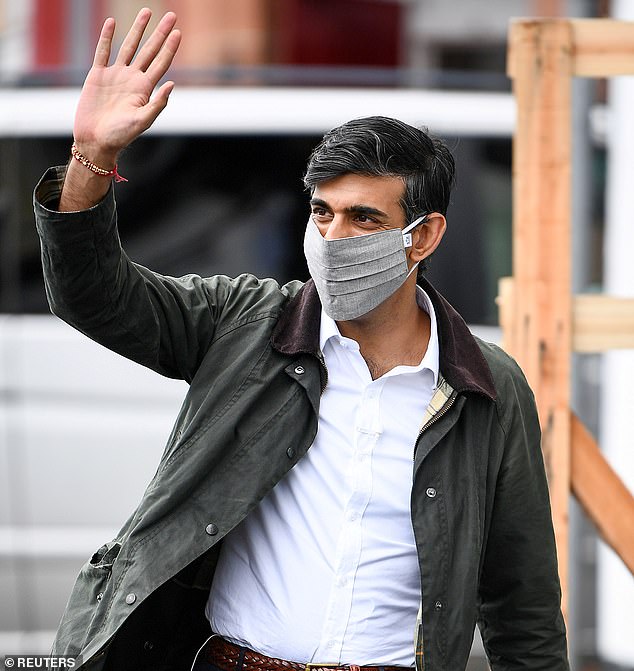 The job of Chancellor of the Exchequer is always one of the most difficult in Government, as I know from personal experience.

During my spell at the Treasury in the early 1990s, I had to grapple with a series of momentous problems – the advent of recession, rising inflation and the impact of Black Wednesday, when Britain left the European Exchange Rate Mechanism.

Rishi Sunak has faced a bigger challenge than any other modern peacetime Chancellor.

He took office only in February, yet almost immediately was confronted by the fallout from the coronavirus crisis.

In response, he has shown boldness and creativity, adopting imaginative measures such as his furlough job protection scheme and the Eat Out to Help Out initiative.

Rishi Sunak has faced a bigger challenge than any other modern peacetime Chancellor, says Norman Lamont

Implementing such policies required courage and verve, but the bill for them is heavy. For the first time in history, Britain’s national debt has passed the £2trillion mark.

The ratio of Government debt to GDP is now over 100 per cent and rising. Borrowing for this year is expected to reach over £330billion.

Economic recovery is not assured, despite claims from the Bank of England that a rapid, V-shaped revival is under way.

The housing market and car sales are performing well, but travel, tourism, high street retailing, commercial property and the hospitality trade are struggling.

Some companies are now borrowing significant sums just to survive, adding to the mountain of corporate debt.

And the prospect of a massive hike in unemployment looms, with the furlough scheme due to close at the end of next month.

Lengthening dole queues will drive up the costs of the welfare system, drag down the economy and undermine consumer confidence. 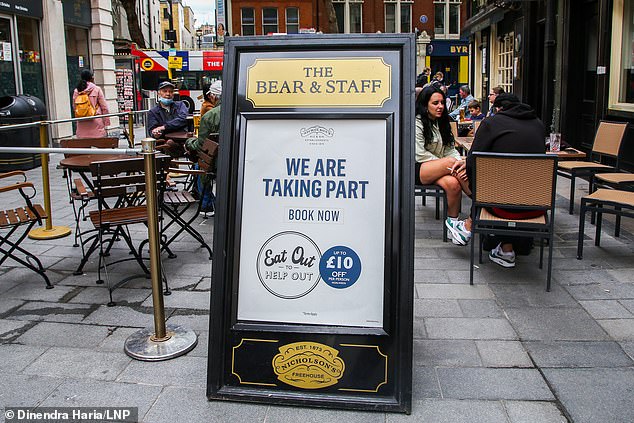 The Eat Out to Help Out initiative, which ended yesterday, showed Mr Sunak’s boldness and creativity

So what should be done? The first task for the Government is to restore normality by easing the Covid restrictions.

Commerce was brought to a shuddering halt by official edict in order to halt the spread of the virus.

Now, to fire up our economy, we must return to work and re-open the offices, schools, visitor attractions and universities.

But even if prosperity begins to return, that still leaves the problem of ballooning debt.

There is no magic money tree that can wish it away. In the medium-term, it is inevitable that the Government will have to impose a degree of fiscal tightening through either expenditure cuts, tax rises or, more probably, a combination of both.

There has been speculation that Mr Sunak may use his forthcoming Budget to bring in tax rises worth £30billion, including a rise in corporation tax from 19 to 24 per cent; a reform of capital gains tax; and an increase in fuel duty.

I do not think, however, it is necessary or desirable to introduce anything like such a drastic package this year.

Given the fragility of the economy, all these measures carry the serious risk of choking off the recovery and hurting businesses just at the moment they need support.

Instead of implementing a tough programme now, the Chancellor could use his Budget to outline fiscal measures that would take effect in two or three years.

In doing so, it would be preferable to put the emphasis on expenditure cuts rather than tax rises, since the latter diminish incentives for enterprise. 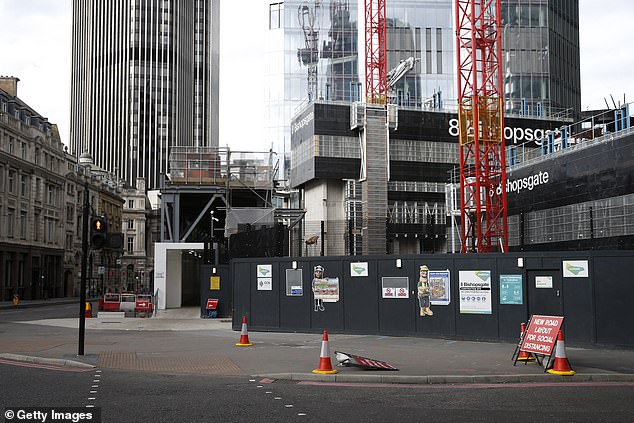 As Winston Churchill (who was chancellor in the 1920s) once put it: ‘For a nation to try and tax itself into prosperity is like a man standing in a bucket and trying to lift himself up by the handles.’

Among the possible spending reductions would be strict new limits on pay rises in the public sector and cuts to the £107billion HS2 rail project.

There could also be a cut in the foreign aid budget, on which Whitehall is legally required to spend 0.7 per cent of GDP.

This figure is purely arbitrary, and in the post-Covid world, we need bold thinking.

Similarly, the triple lock on pensions may have to be reviewed.

Given the Tory promises to keep this arrangement – whereby the state payment is annually increased by 2.5 per cent, the level of wage growth or inflation, whichever is the highest – such a move would be hard.

However, it is difficult to justify such large increases for pensioners when much of the population has seen their living standards fall.

Some Conservative MPs are calling for a cut in VAT to boost consumer spending, but I fear that such a step would be too expensive and achieve little.

A better policy might be a temporary reduction in the rate of employers’ national insurance, which would encourage them to retain or recruit staff.

We are now living in circumstances that no one could have predicted.

Again, Churchill put it best: ‘If we do not face reality, reality is going to face us.’