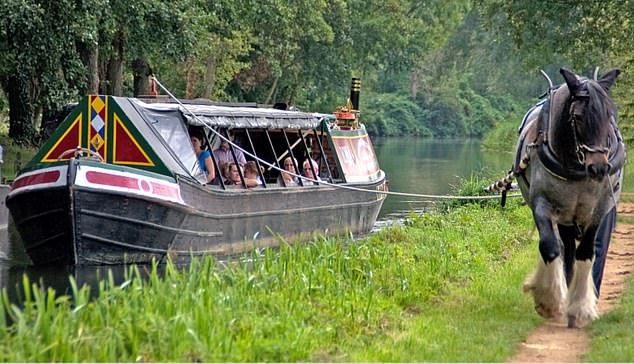 The owner of one of the country’s oldest working horse-drawn barges has been forced to stopped her river trips after clashes with ‘snowflake’ canal users.

Jenny Roberts, who owns Iona, has closed the Godalming Packetboat Company after 35 years, citing criticism from people using the towpath.

Her horses, Buddy, Alizee, and Espoir have been retired and the Iona, which was built in 1935, loaned to the Tiverton Canal Company on the Grand Western Canal in Devon.

There are now only three locations in Britain running horse drawn barge trips – Llangollen, Newbury and Tiverton, and apart from Iona all the boats are later built replicas.

Jenny Roberts, who owns the Iona barge (pictured), has been forced to stopped her river trips after clashes with ‘snowflake’ canal users 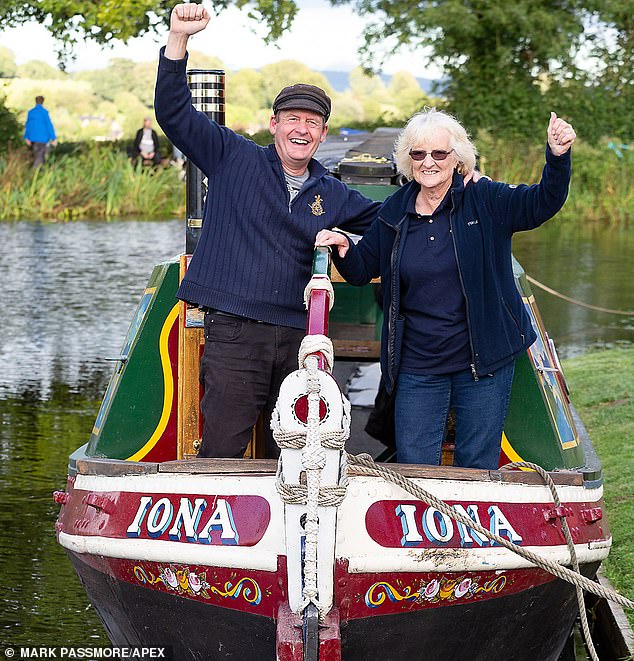 But Jenny says that ‘snowflakes’ who do not understand the nature of the business have accused her of animal cruelty.

And clashes with people who refused to step back to allow the horses to pass made journeys too stressful.

The large number of people using the area for recreation, playing on inflatables and maneuvering boats about in the water, and crowding the towpath, means she can’t operate her boat safely.

‘No-one is sadder than me because I have been doing it for 35 years.’

‘It’s been getting worse over the last couple of years,’ she said. 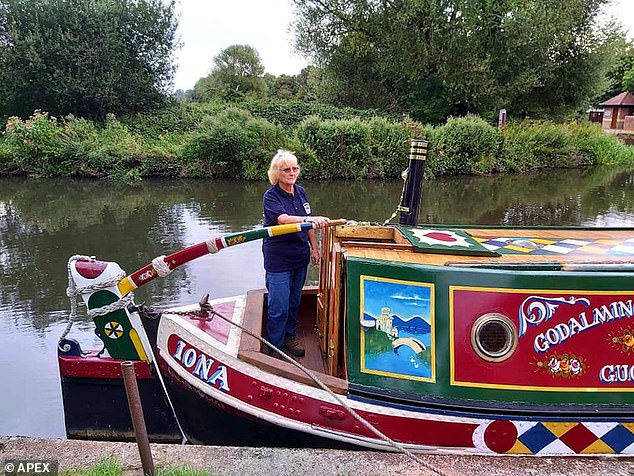 Jenny Roberts starting her journey being towed from Godalming to Reading, where IONA was lifted out on to a large articulated lorry 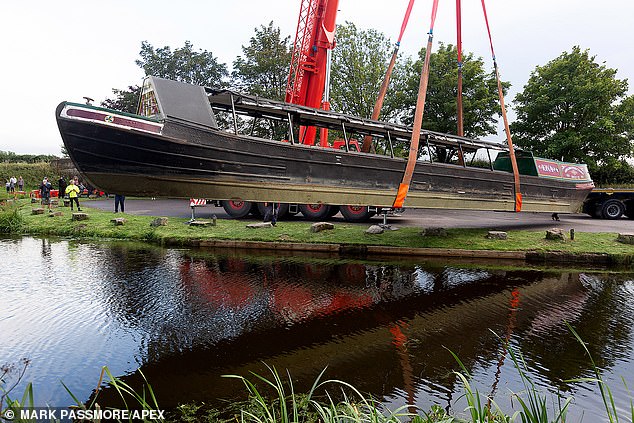 Her horses, Buddy, Alizee, and Espoir have been retired and the Iona, which was built in 1935, loaned to the Tiverton Canal Company on the Grand Western Canal in Devon. Pictured: Iona is taken out of the River Wey

‘All passenger boats can only operate under Maritime and Coastguard Agency rules and we have come to the conclusion the River Wey is no longer a safe environment to run a horse drawn boat.

‘There are now an unprecedented number of unlicensed paddle boards and inflatables with inexperienced people on them.

‘This is just an accident waiting to happen, when trying to dodge them with 17 tons of narrowboat that does not stop on a sixpence.

‘The towpath is very narrow with high undergrowth on both sides and it is getting increasingly difficult to get the National Trust to do anything about it.

‘With large numbers of speeding bikes, runners, dogs off leads and people with pushchairs, we are also suffering a fair bit of verbal abuse, the towpath has become totally unusable for a horse. 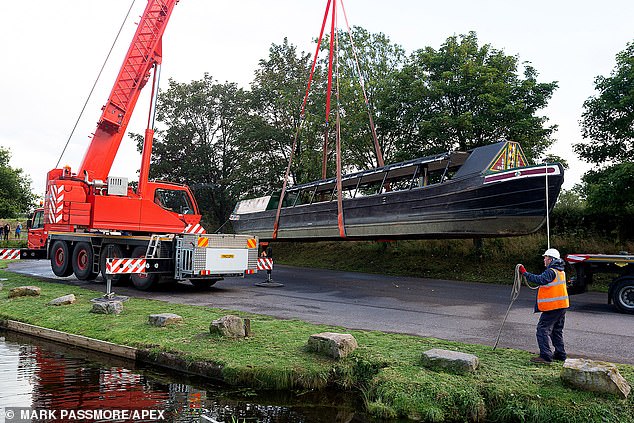 Jenny says that ‘snowflakes’ who do not understand the nature of the business have accused her of animal cruelty. And clashes with people who refused to step back to allow the horses to pass made journeys too stressful. Pictured: Iona begins its journey to Tiverton

Jenny said that, while people who were too impatient to stand back quietly and wait while the boat passed are nothing new, it’s the number of people who confronted her each time she took Iona out that became the problem.

‘I get people shouting things like ‘that’s really cruel, what are you doing to those horses?’.

‘But they don’t understand – it’s an easy pull for a horse. I could pull that boat, it’s on water so it’s not heavy.

‘It’s much easier for the horses than somebody riding them. It’s far less strain. These are big heavy horses that’s what they are bred for.

‘People come up beside you on their bikes, ringing their bells, people’s dogs come flying at you.

‘Joggers don’t hear you when you ask them to keep away from the horses because they are wired for sound.’

‘There are too many people along the towpath now and they are so impatient.

‘Someone even tried to push one of my horses out of the way. He got both hands on the horse and tried to push him. He ended up with his earphones in the hedge and threatening to report us.

‘I love my horses to bits and if anybody accuses me of being cruel to them it really hurts. There comes a time when you think you just can’t do it anymore.’

The Godalming Packet Boat Company had become famous over the years with coach parties travelling from all over the country to enjoy a trip on the river.

The two-hour trips which ran from Easter to the end of September would take visitors from the wharf at Godalming to the weir at Unstead.

Jenny’s horses became stars in their own right over the years too with appearances in television programmes including Inspector Morse and The Victorian Farm as well as in the 2000 film version of the Railway Children with Jenny Agutter.

Iona herself has a long and interesting history: built in 1935, she has served as an industrial workhorse across the years.

She has hauled coal, steel and even lime juice in her time.

‘It’s a bit of industrial heritage,’ added Jenny. ‘I have had 33 years on that boat, I know every single inch of her.

‘She’s a piece of industrial heritage and I have found a good home for her.

‘She’s going to some very good friends of mine so I shall still be able to see her.’

Phil Brind of the Tiverton Canal Company said: ‘I’m very excited the owner of this very valuable, historic boat decided she wanted it to go to Tiverton.

‘Iona is unique – the last of her kind.

‘All the other horse drawn barges still working were built as replicas at a much later date.’