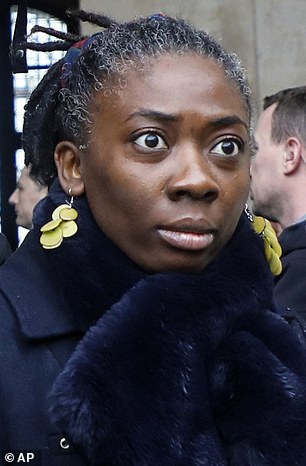 A black female politician has been depicted as a slave in chains in a right-wing magazine, sparking a criminal racism inquiry.

Ms Obono, who is French-Gabonese, said she was sickened by the cartoon, and branded those responsible as ‘odious, stupid and cruel’.

It includes a cartoon where she is pictured with an iron collar around her neck. 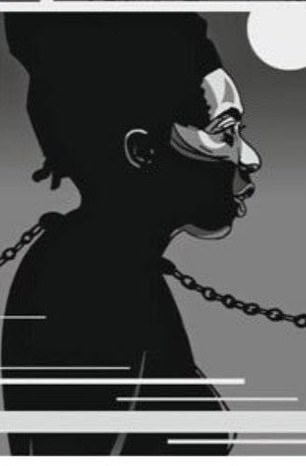 Ms Obono, who is French-Gabonese, said she was sickened by the cartoon, and branded those responsible as ‘odious, stupid and cruel’

Following numerous other complaints – including from President Emmanuel Macron – Paris Prosecutor Rémy Heitz on Monday confirmed the opening of a preliminary inquiry for ‘racist insults’.

Ms Obono said the detailed strip cartoon was an example of institutional racism in France. 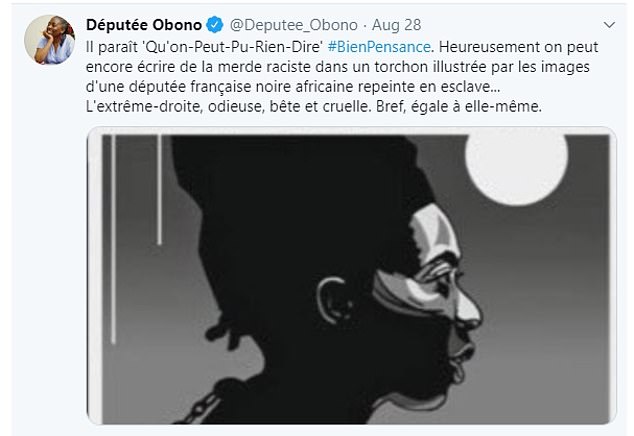 Ms Obono shared a grab of the cartoon on her Twitter account, Describing those responsible as ‘racist s***’, she said: ‘I hurt for my republic, I hurt for my France’

Ms Obono, who is a member of the France Unbowed party, claimed that the drawing was a political attack on those who fight against ‘the racism and stigmatisation that millions of our compatriots are subjected to’.

Mr Macron telephoned her personally on Saturday to ‘express his clear condemnation of any form of racism,’ said a spokesman.

The row is a particularly incendiary given that President Macron granted Valeurs Actuelles an interview last year, despite its controversial reputation.

Valeurs Actuelles has defended the cartoon – saying it was part of a ‘summer fiction feature’ in which public figures ‘travel through time’. 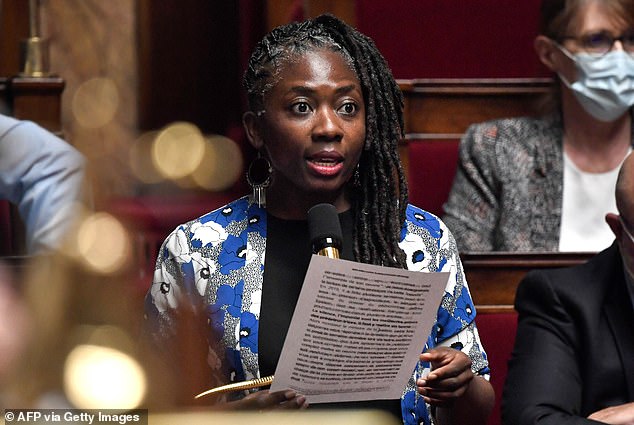 A statement from the magazine rejected claims that it was racist, but added that it regretted hurting Ms Obono ‘personally’, adding that they ‘apologise to her’.

The row comes five years after millions around the world united under the ‘Je Suis Charlie’ slogan, which called for cartoonists to be given freedom to draw what they liked.

Twelve staff from the satirical Charlie Hebdo magazine were murdered by two Al-Qaeda gunman in Paris after mocking Muslims, and other faiths.

Prime Minister Jean Castex tweeted: ‘This revolting publication must be unambiguously condemned. The fight against racism will always transcend our differences.’ 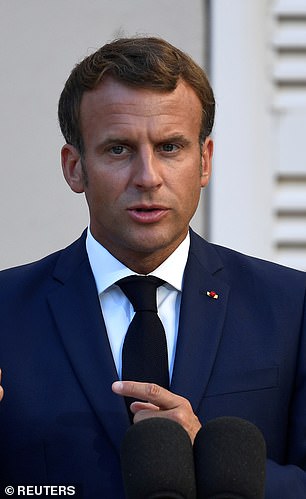 Mr Macron telephoned her personally on Saturday to ‘express his clear condemnation of any form of racism,’ said a spokesman

Elisabeth Moreno, the junior minister for equality and the only black member of the current French government, said also offered her support to her left-wing parliamentary colleague.

‘I don’t share Danièle Obono’s ideas, but today I offer her all my support,’ said Ms Moreno.

And Richard Ferrand, the leader of the National Assembly, wrote on Twitter: ‘At her side in the fight against racism and for the respect due to all elected representatives of the Republic.’

Gabon was called the Orunga Kingdom in the 18th Century – a time when tribal leaders regularly sold their own people for profit.

By the 1780s, the country was exporting around 5,000 slaves a year, while also buying humans for its own use in exchange for ivory.

It was not until 1853 that King Ombango-Rogombe of Orunga agreed to finally outlaw slavery for good.

Despite this, the Orungu continued to secretly sell members of their own community, including alleged witches, adulterers and swindlers – many of whom ended up on Portuguese slave ships.

Without the funds provided by the slave trade, the Orungu Kingdom began to fall apart in the late 19th Century, before parts were sold off to French colonisers.

In 1910, Gabon became one of four territories of French Equatorial Africa, before being granted independence exactly 60 years ago, in August 1960.

Mr Fillon, who was depicted during the French Revolution, was this year convicted of fraud alongside his British-born wife, Penelope Fillon.

President Macron has pledged to fight racism in France, but refuses to remove statues of historical figures associated with the slave trade, as Black Lives Matter activists have campaigned for.